[Computers] are developing so rapidly that even computer scientists cannot keep up with them. It must be bewildering to most mathematicians and engineers... In spite of the diversity of the applications, the methods of attacking the difficult problems with computers show a great unity, and the name of Computer Sciences is being attached to the discipline as it emerges. It must be understood, however, that this is still a young field whose structure is still nebulous. The student will find a great many more problems than answers. 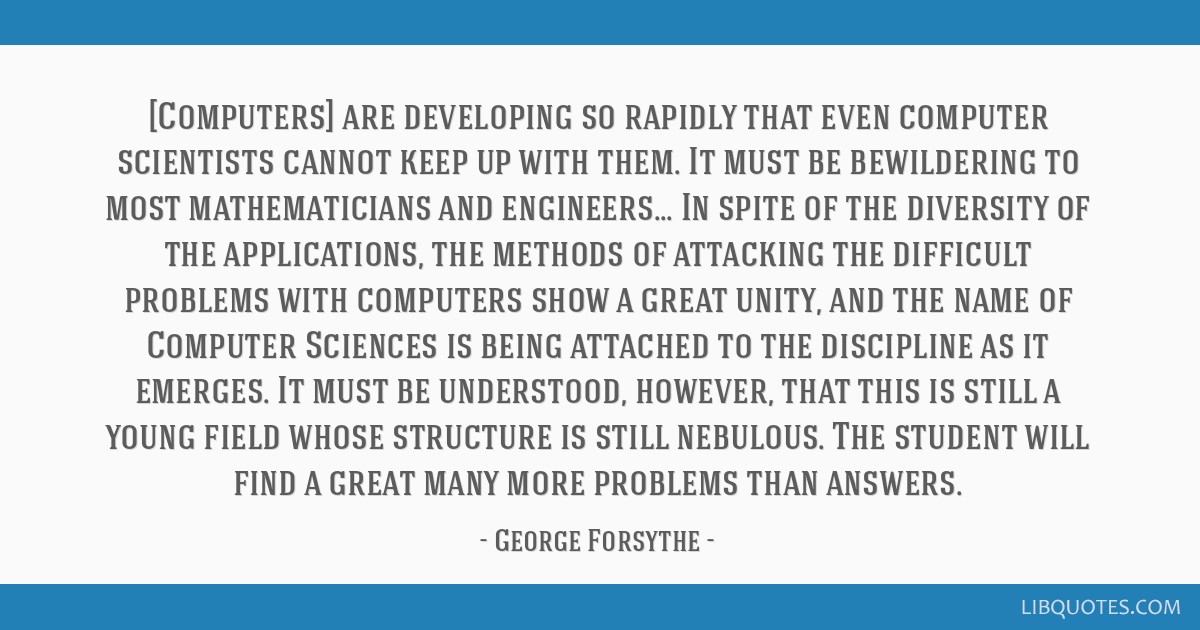 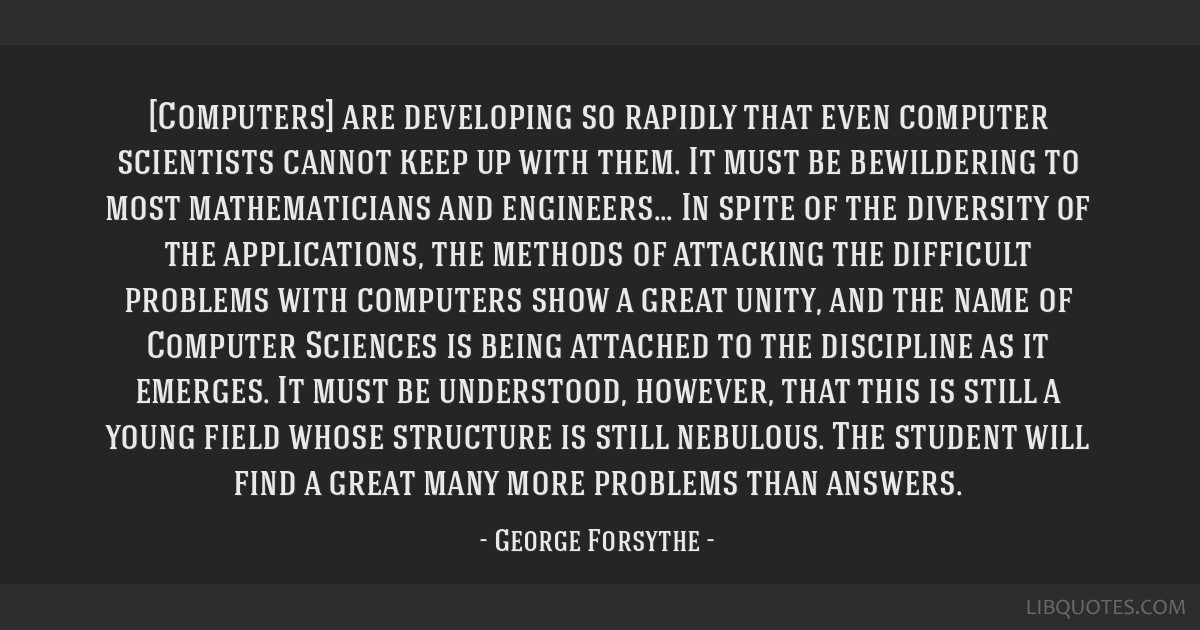 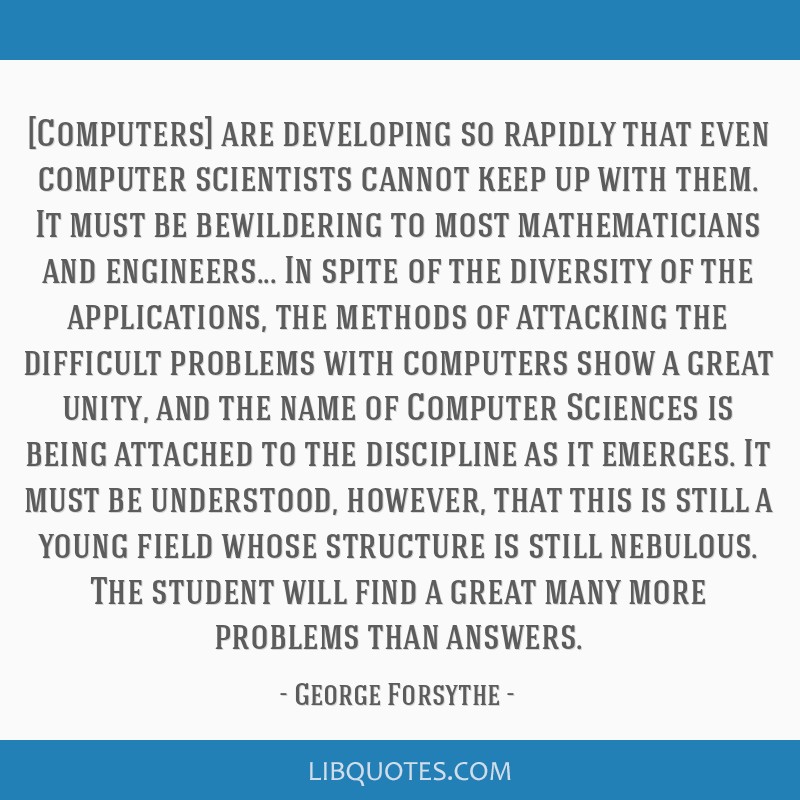 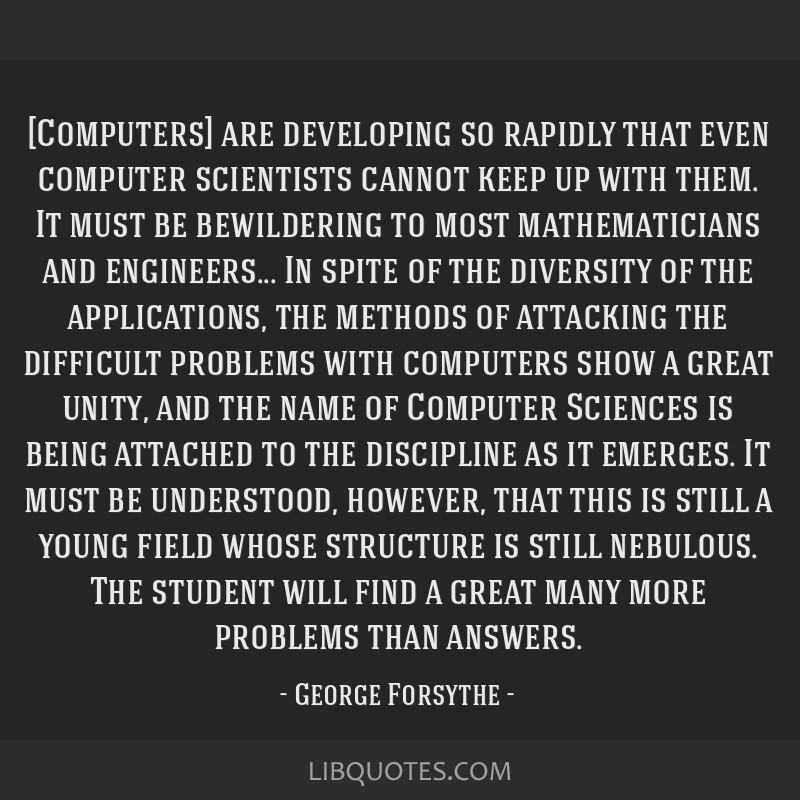