I am now about to set seriously to work upon preparing for the press an account of my theory of Logic and Probabilities which in its present state I look upon as the most valuable if not the only valuable contribution that I have made or am likely to make to Science and the thing by which I would desire if at all to be remembered hereafter.

Letter to William Thomson (2 January 1851), indicating his early work on what has since become known as Boolean logic. 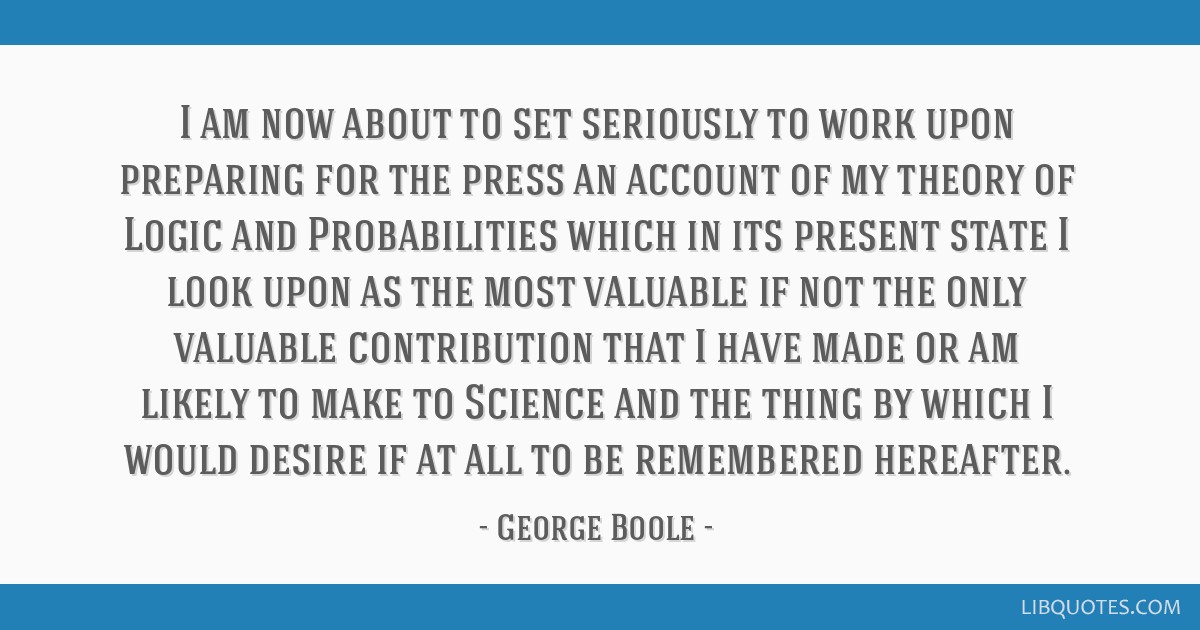 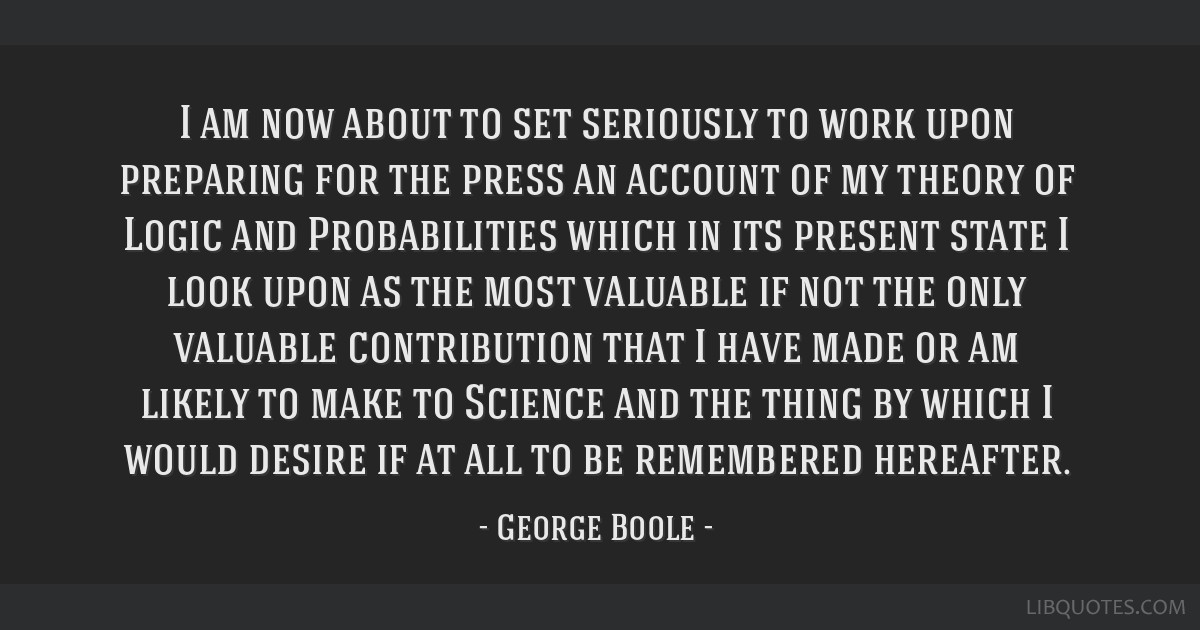 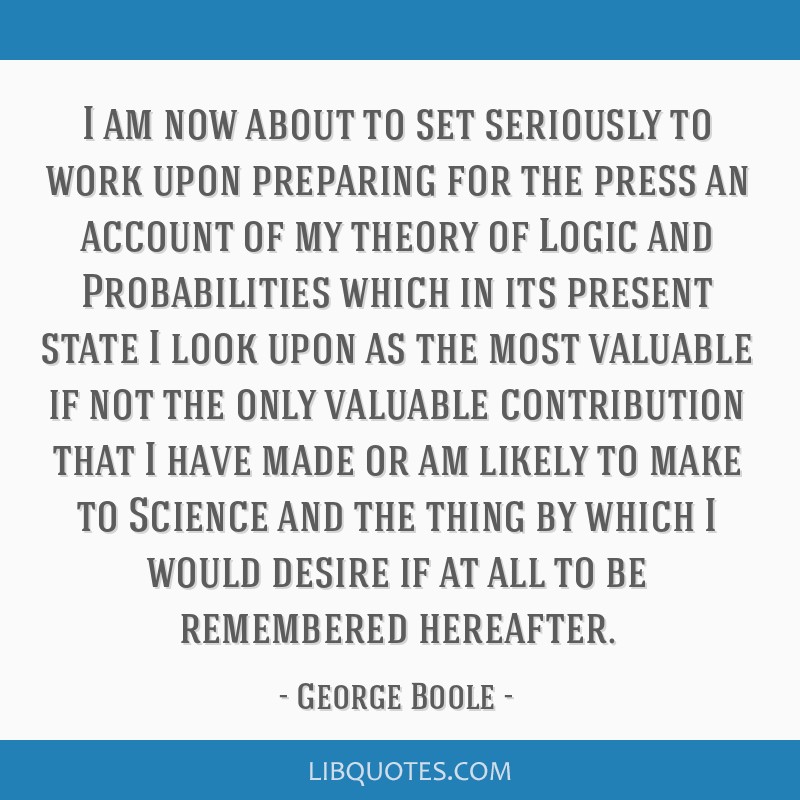 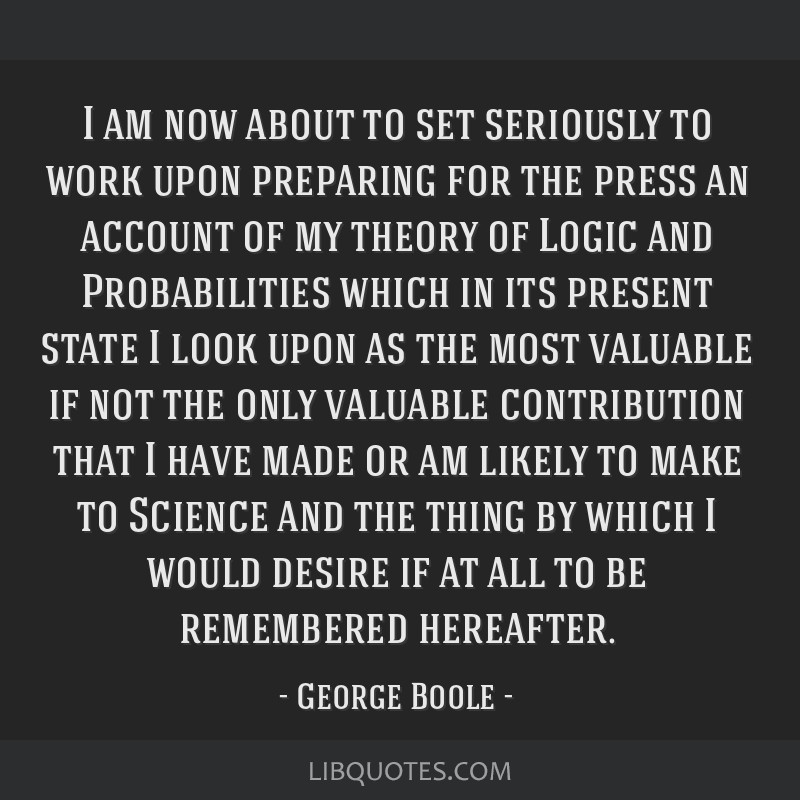