[Boole's apparent goal was to] unfold the secret laws and relations of those high faculties of thought by which all beyond the merely perceptive knowledge of the world and of ourselves is attained or matured, is a object which does not stand in need of commendation to a rational mind. 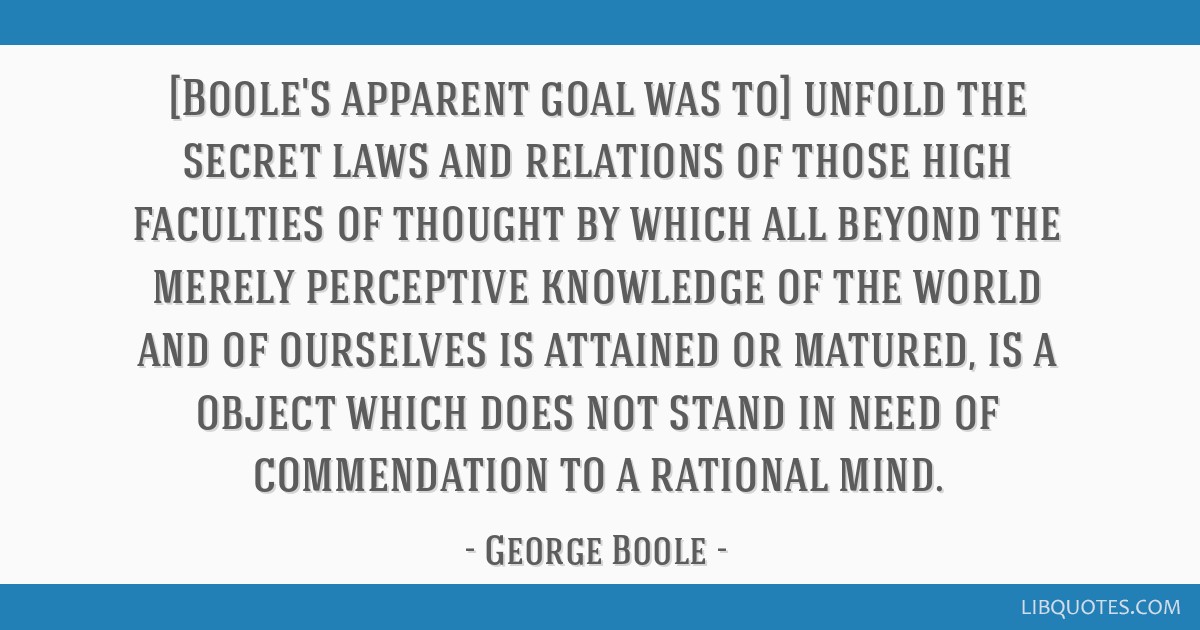 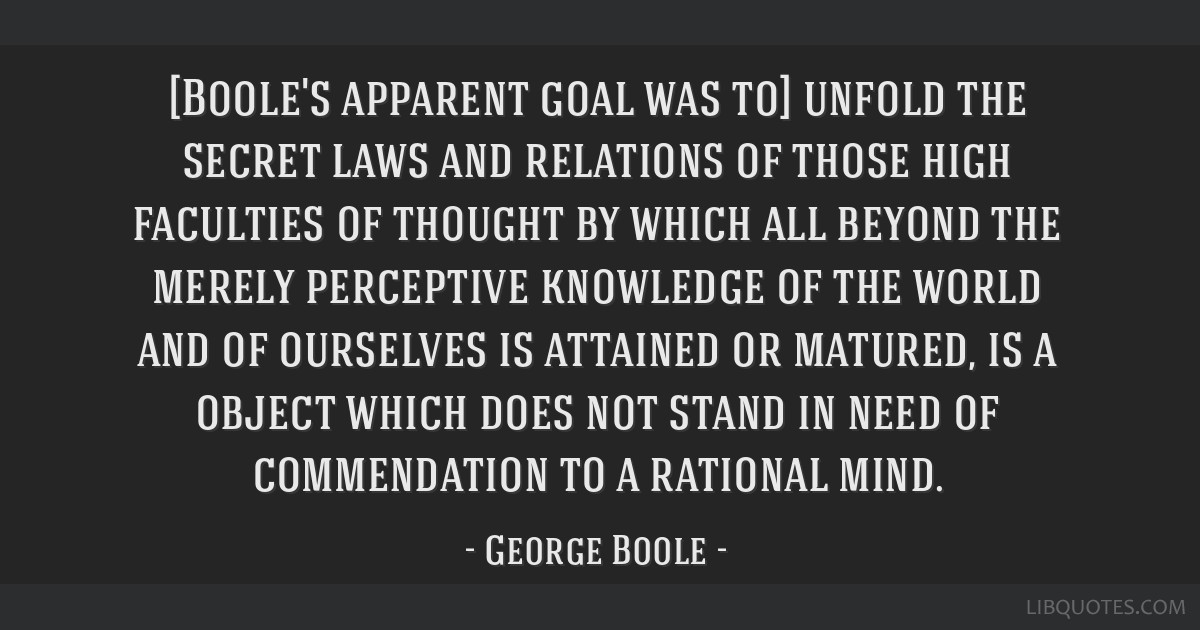 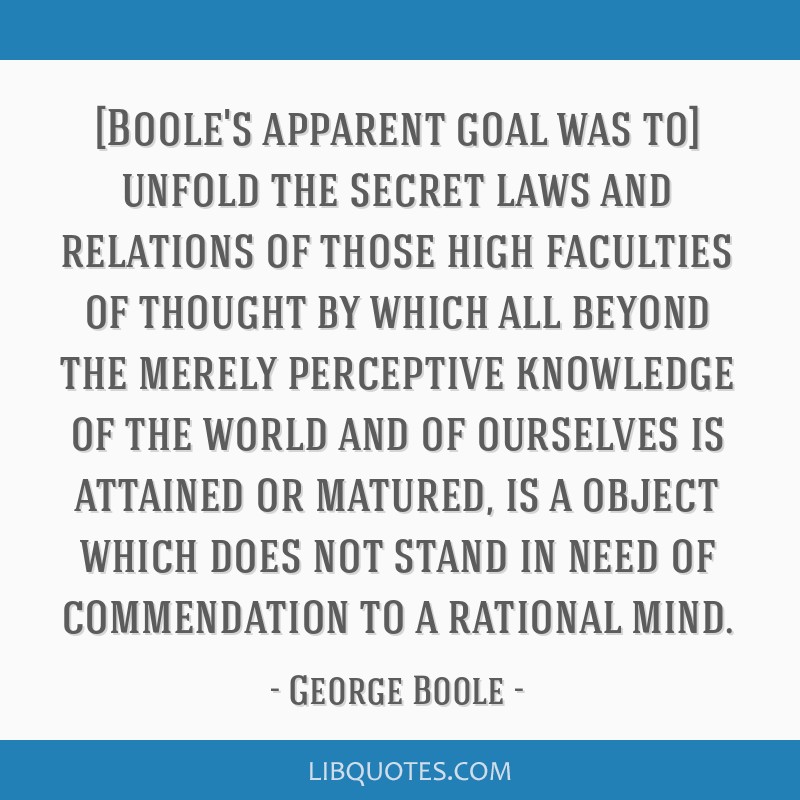 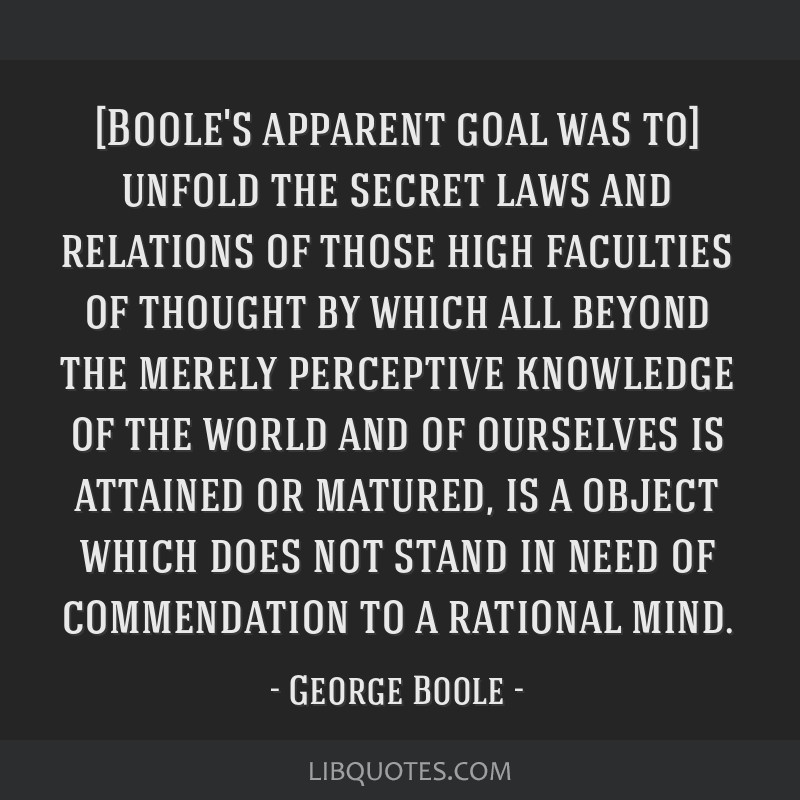