I am fully assured, that no general method for the solution of questions in the theory of probabilities can be established which does not explicitly recognize, not only the special numerical bases of the science, but also those universal laws of thought which are the basis of all reasoning, and which, whatever they may be as to their essence, are at least mathematical as to their form.

George Boole, "Solution of a Question in the Theory of Probabilities" (30 November 1853) published in The London, Edinburgh and Dublin Philosophical Magazine and Journal of Science‬ (January 1854), p. 32 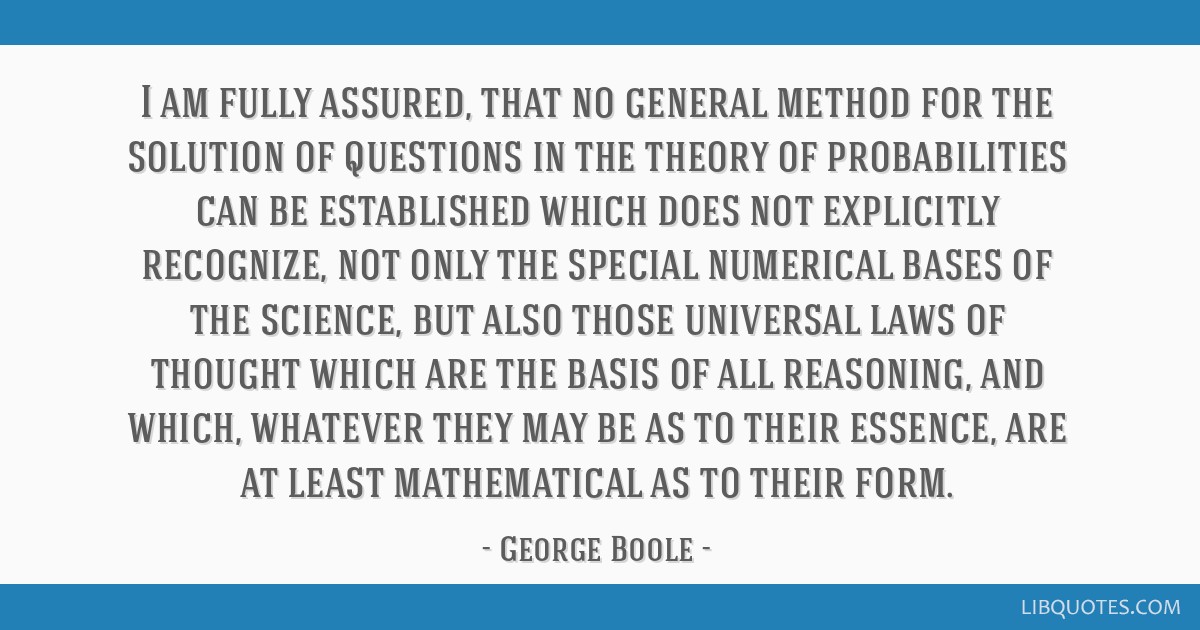 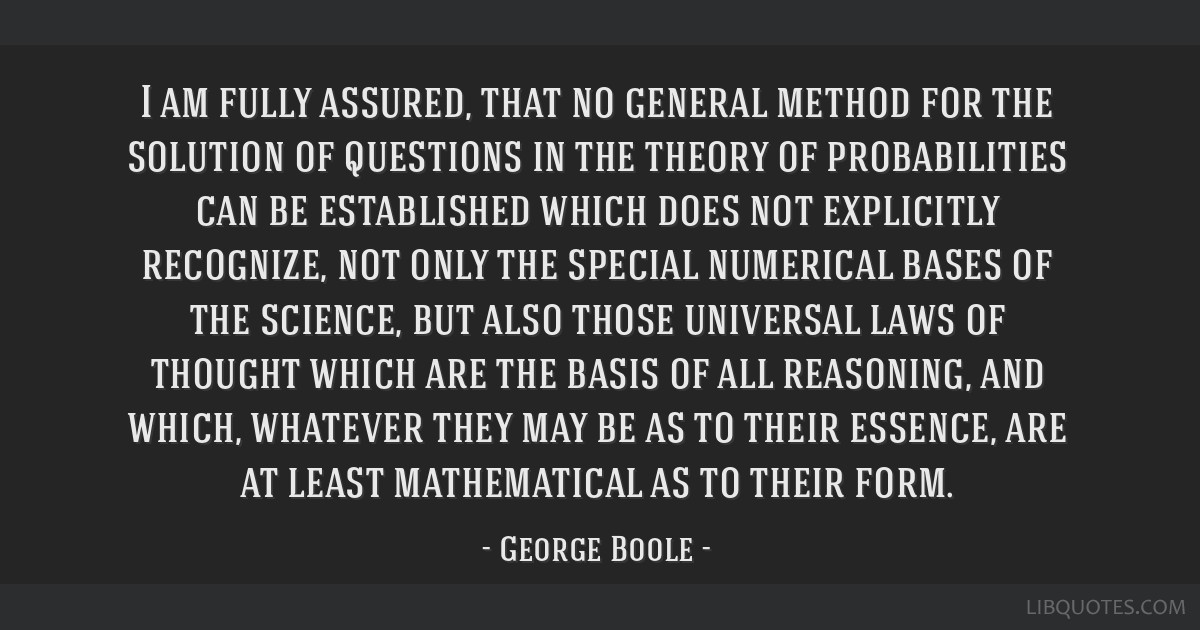 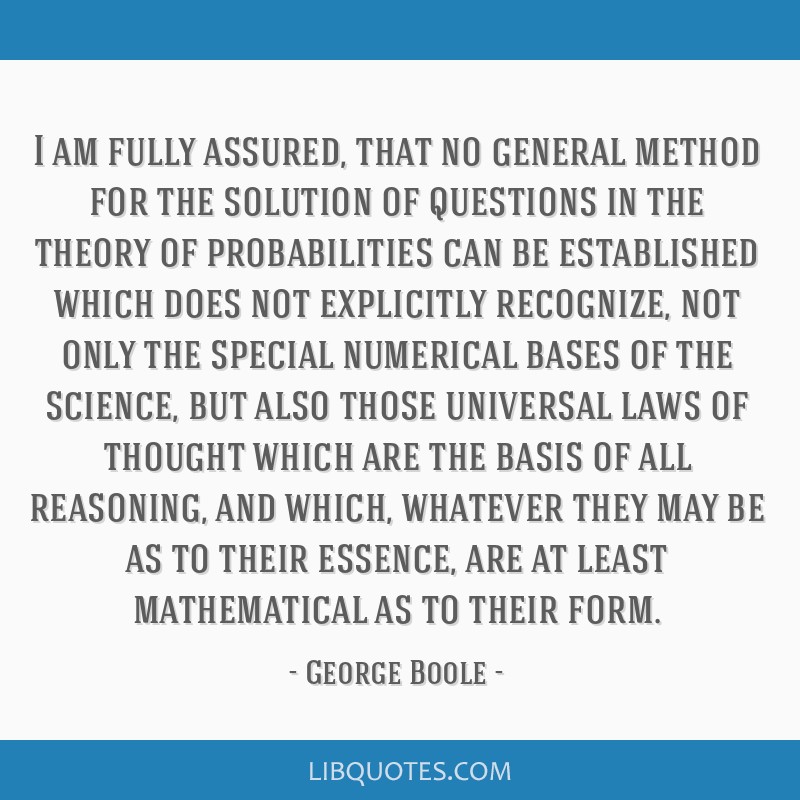 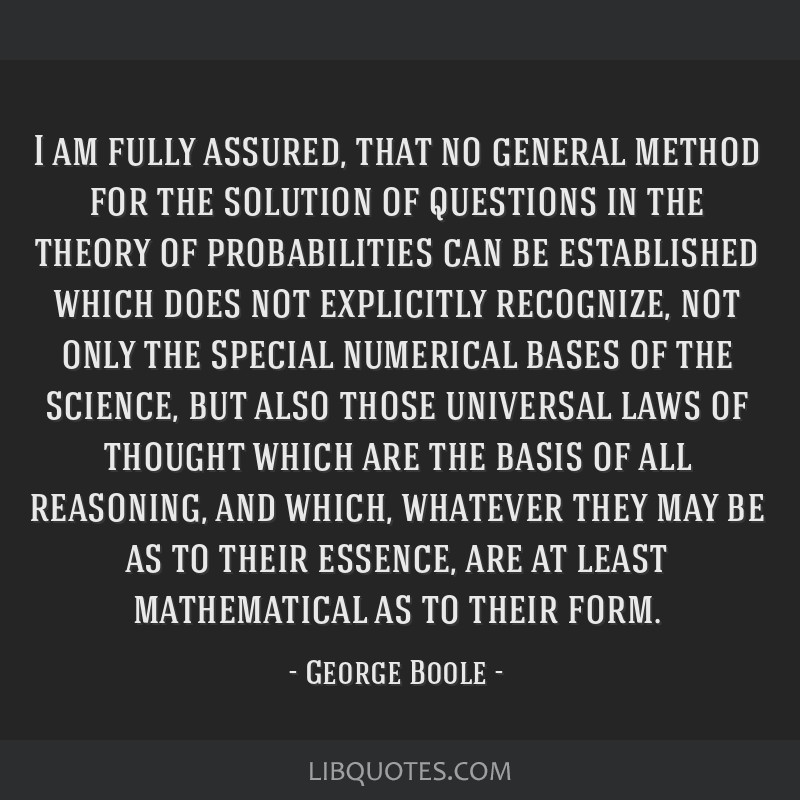