What has set the mass in motion for any length of time is then called great. It is given the name of a historical power. When, for example, the vulgar mob has appropriated or adapted to its needs some religious idea, has defended it stubbornly and dragged it along for centuries, then the originator of that idea is called great. There is the testimony of thousands of years for it, we are told. But this is Nietzsche's and Kierkegaard's idea the noblest and highest does not affect the masses at all, either at the moment or later. Therefore the historical success of a religion, its toughness and persistence, witness against its founder's greatness rather than for it. 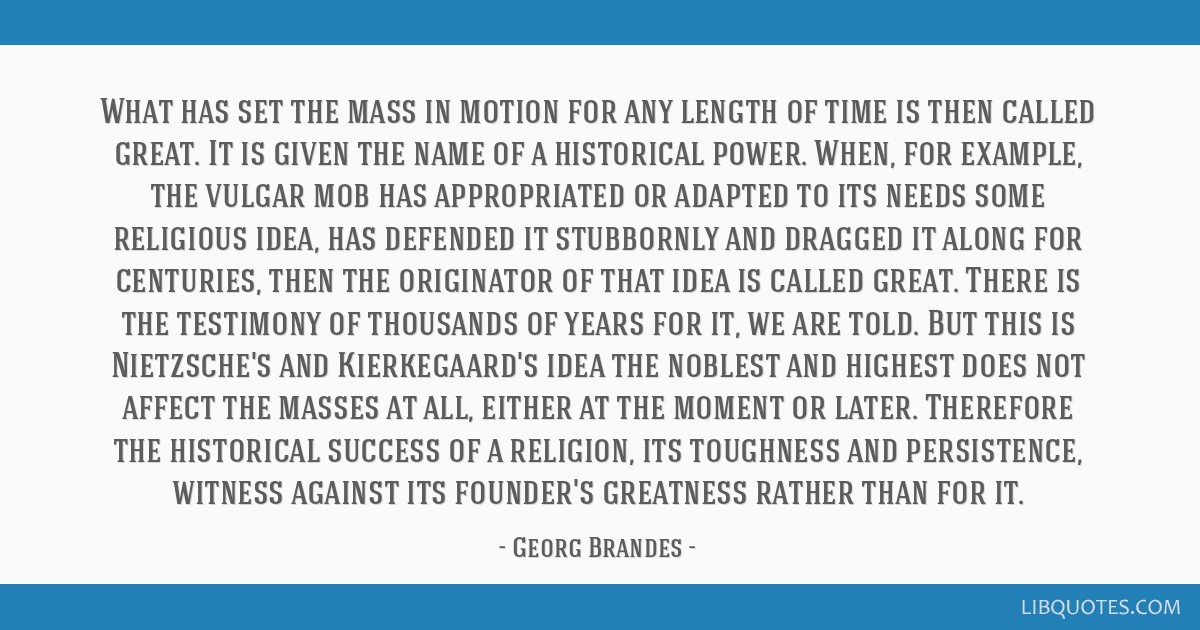 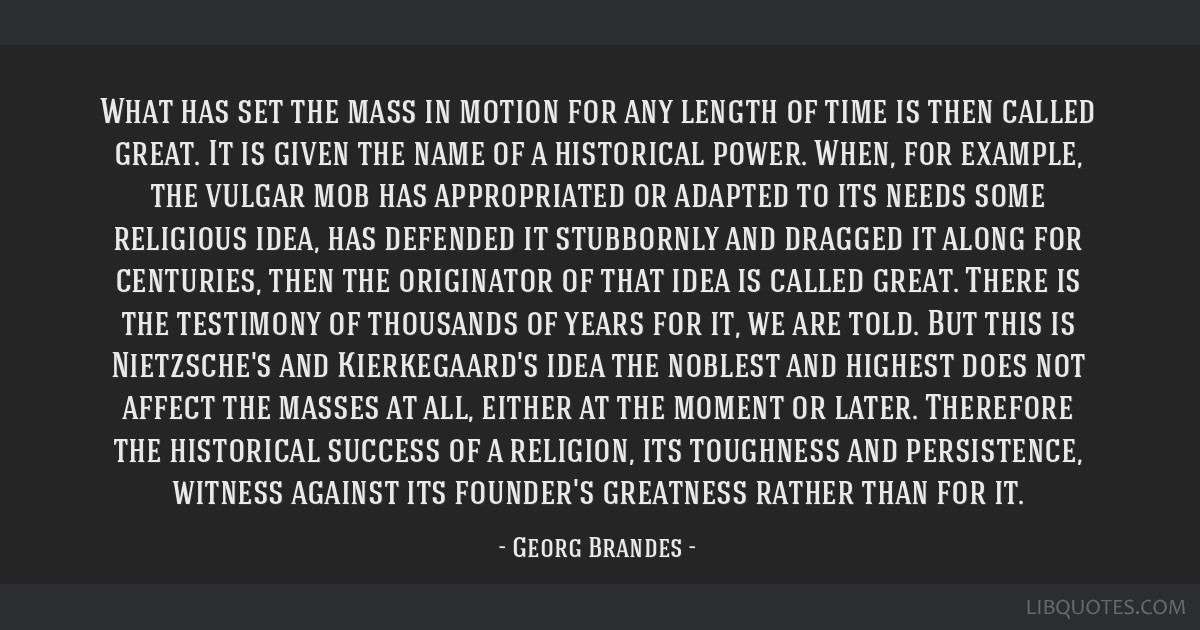 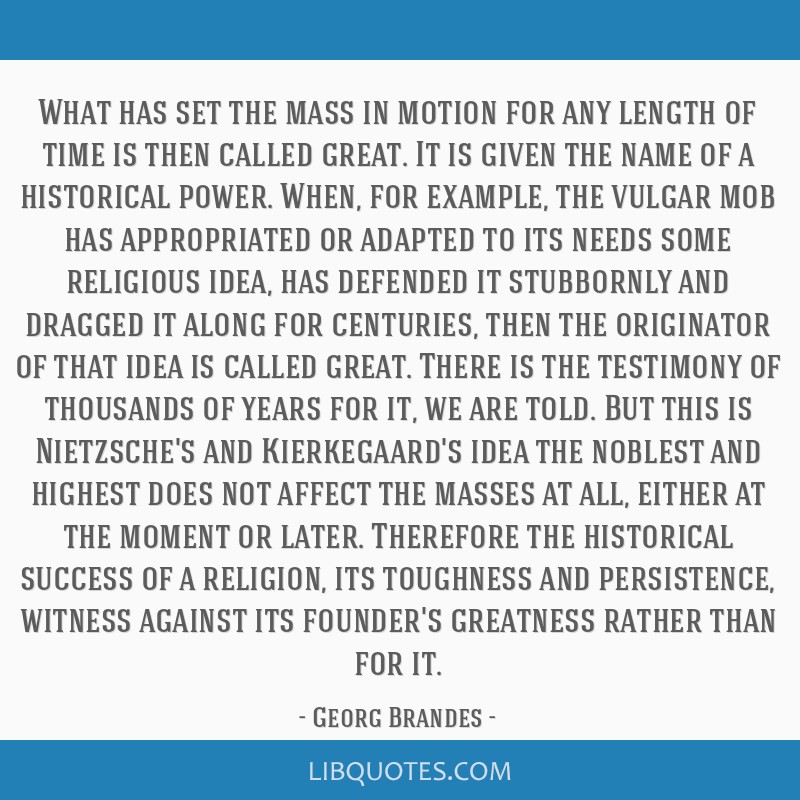 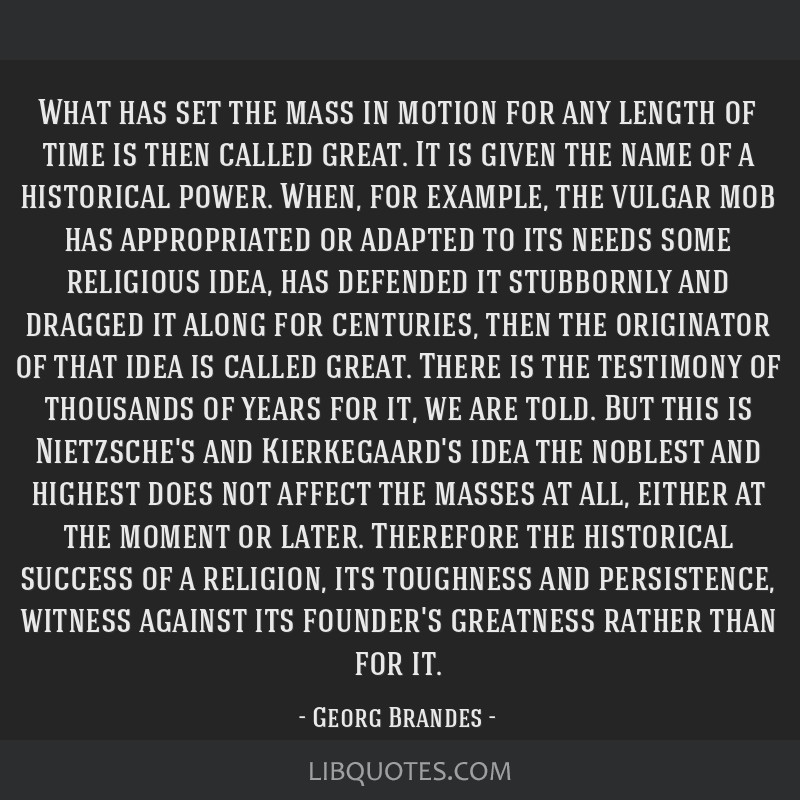 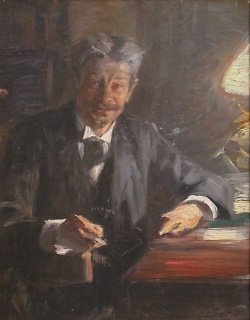