You want me to defend the riches reaped from the super-exploitation of the darker races of mankind by a few white, rich, super-monopolists who control the most vast empire that has ever existed in man's one million years of History—all in the name of "Freedom"! 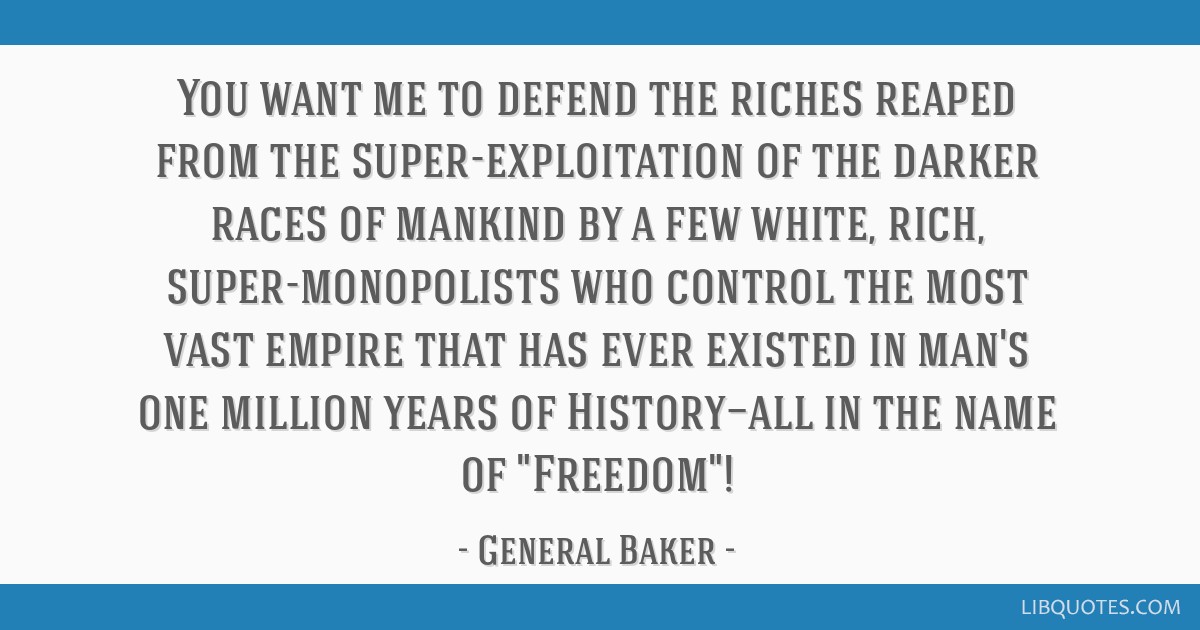 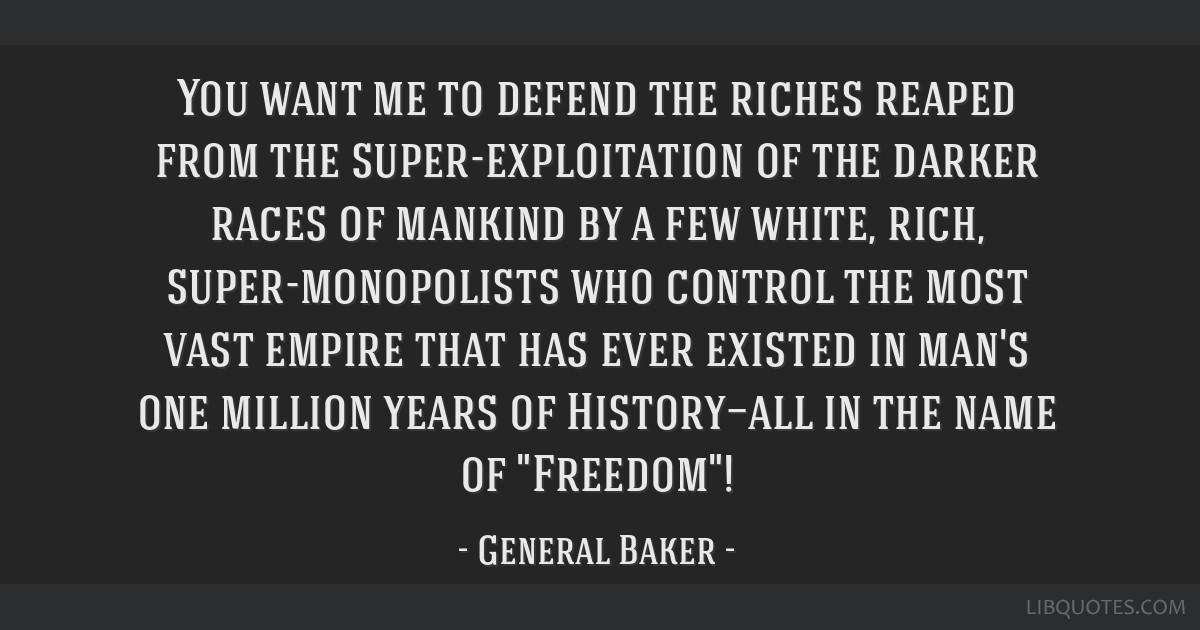 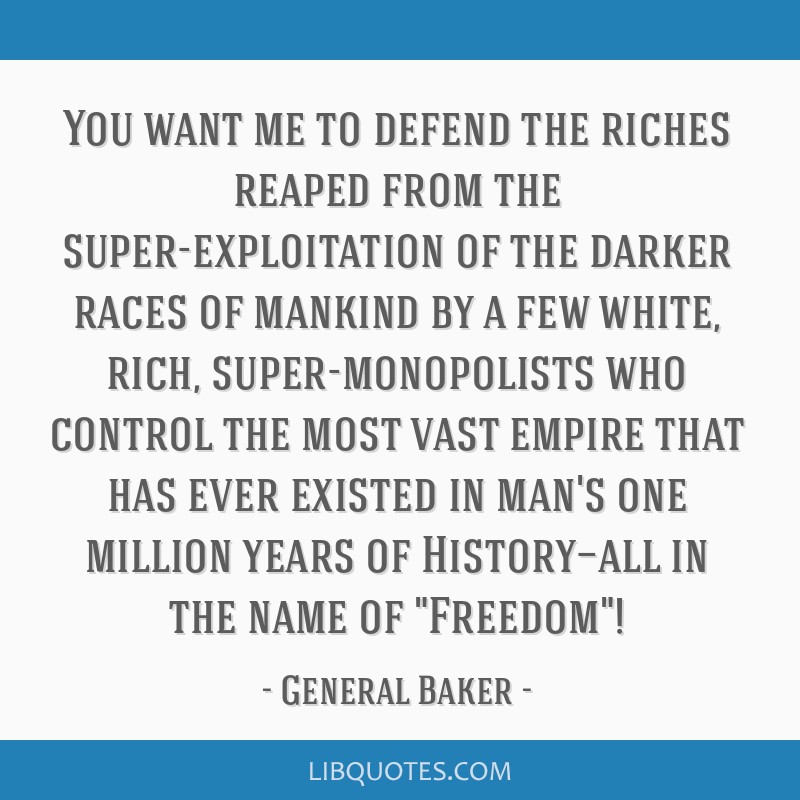 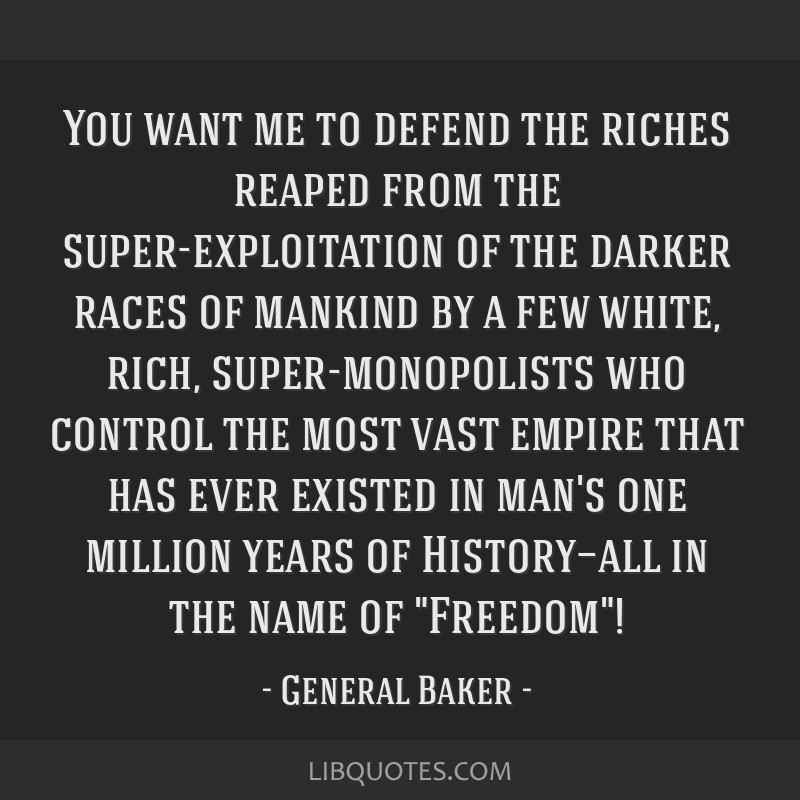