I didn't add any new elements [to the modern synthetic theory] to speak of. I just modified things so that people could understand how things were in the plant world. 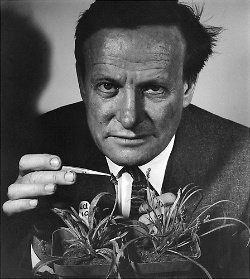 Wikipedia
Born: January 6, 1906
Died: January 19, 2000 (aged 94)
Bio: George Ledyard Stebbins, Jr. was an American botanist and geneticist who is widely regarded as one of the leading evolutionary biologists of the 20th century. Stebbins received his Ph.D. in botany from Harvard University in 1931.
Known for: