Christendom might quite reasonably have been alarmed if it had not been attacked. But as a matter of history it had been attacked. The Crusader would have been quite justified in suspecting the Moslem even if the Moslem had merely been a new stranger; but as a matter of history he was already an old enemy. The critic of the Crusade talks as if it had sought out some inoffensive tribe or temple in the interior of Thibet, which was never discovered until it was invaded. They seem entirely to forget that long before the Crusaders had dreamed of riding to Jerusalem, the Moslems had almost ridden into Paris. They seem to forget that if the Crusaders nearly conquered Palestine, it was but a return upon the Moslems who had nearly conquered Europe. 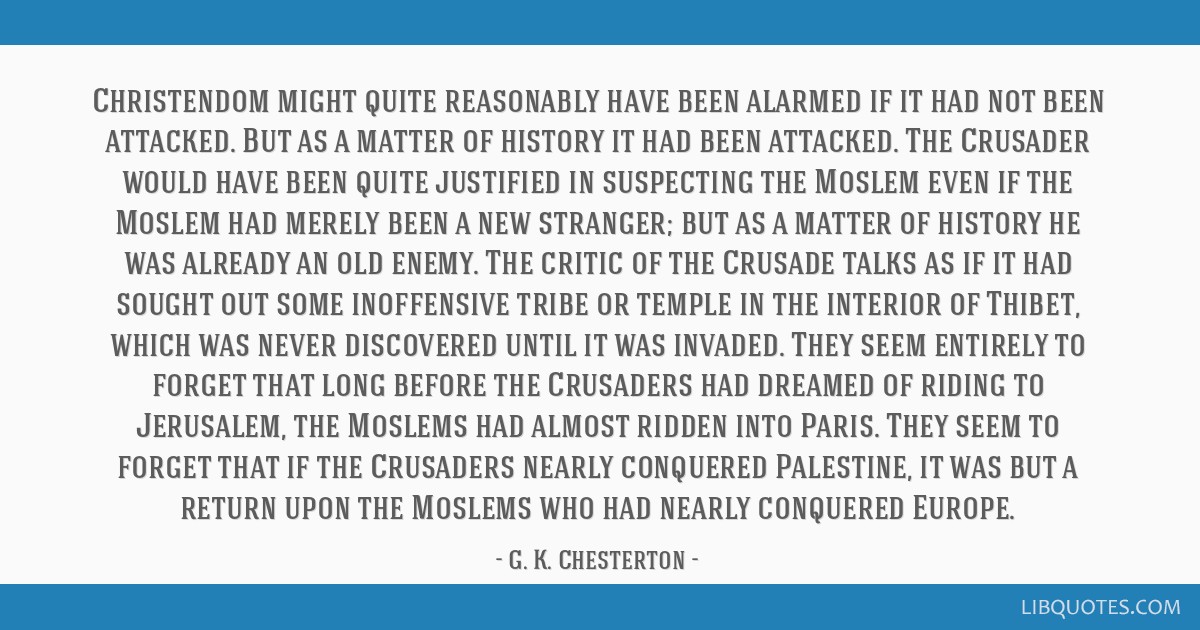 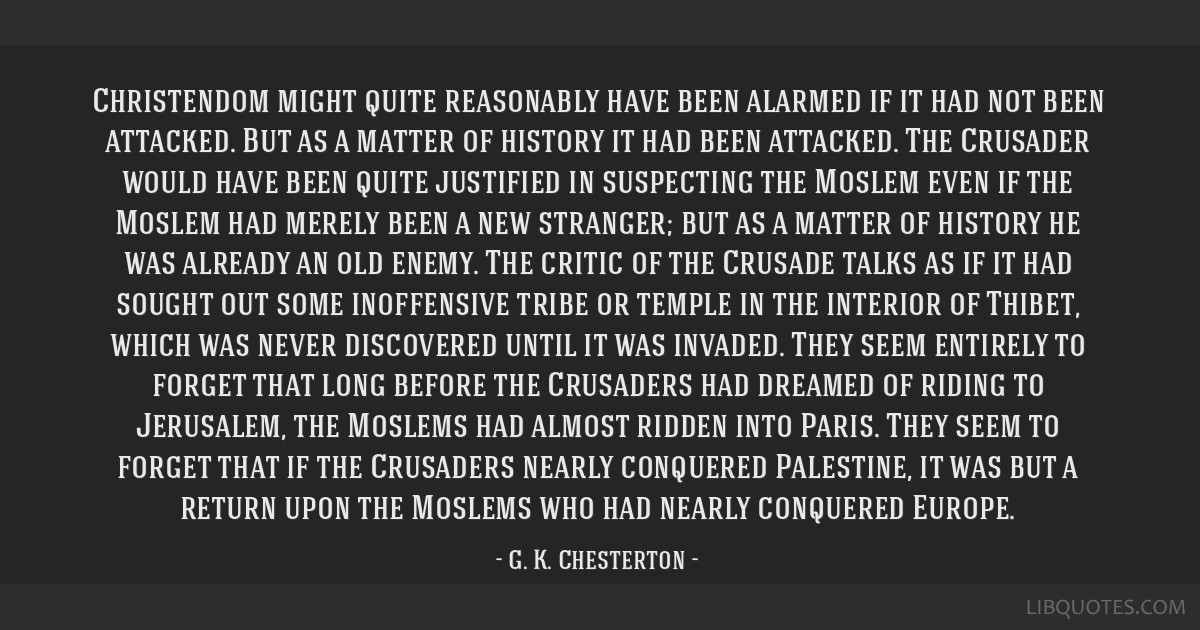