Even the tyrant never rules by force alone; but mostly by fairy tales. And so it is with the modern tyrant, the great employer. The sight of a millionaire is seldom, in the ordinary sense, an enchanting sight: nevertheless, he is in his way an enchanter. As they say in the gushing articles about him in the magazines, he is a fascinating personality. So is a snake. At least he is fascinating to rabbits; and so is the millionaire to the rabbit-witted sort of people that ladies and gentlemen have allowed themselves to become. 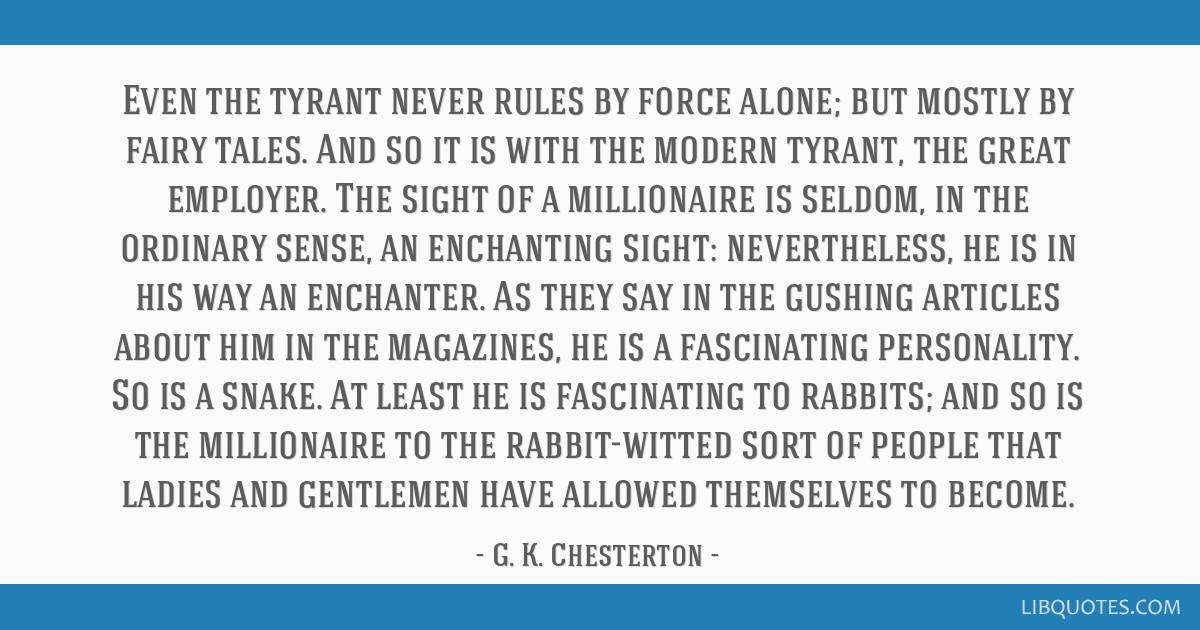 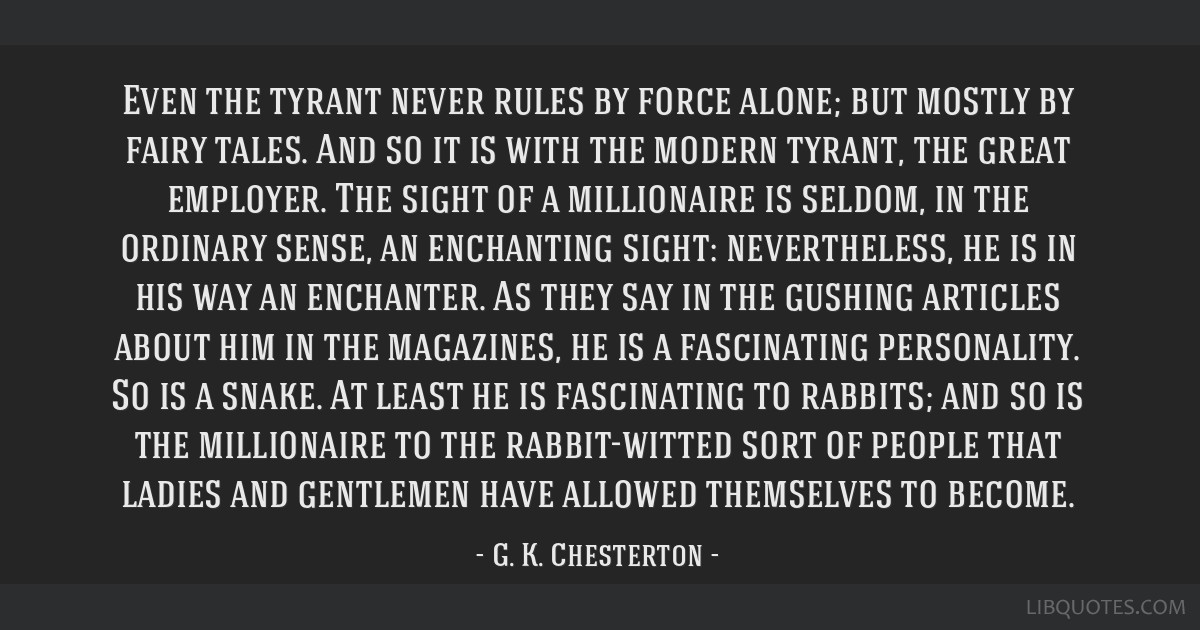 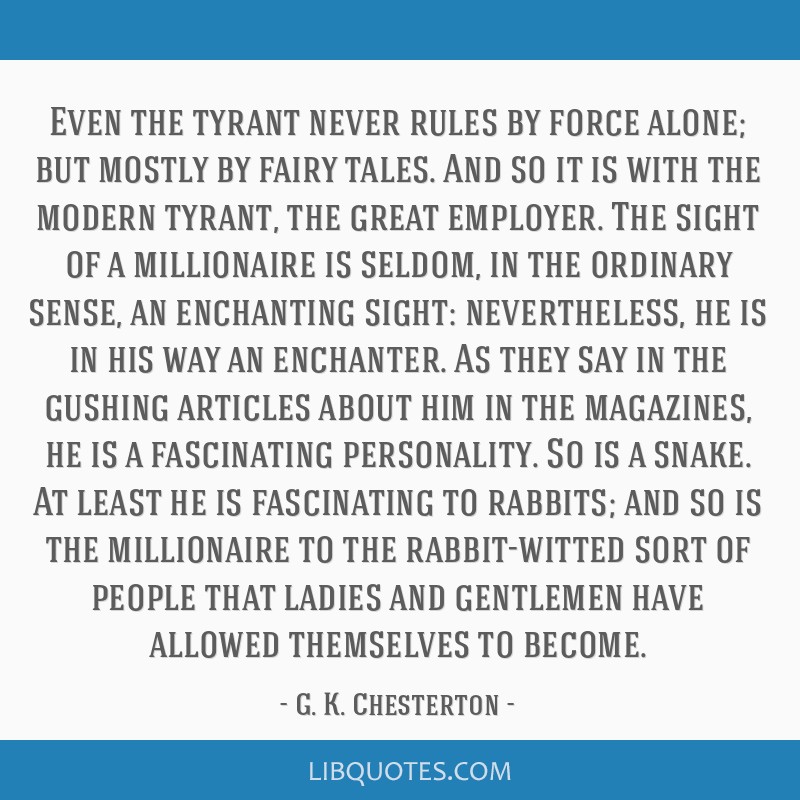 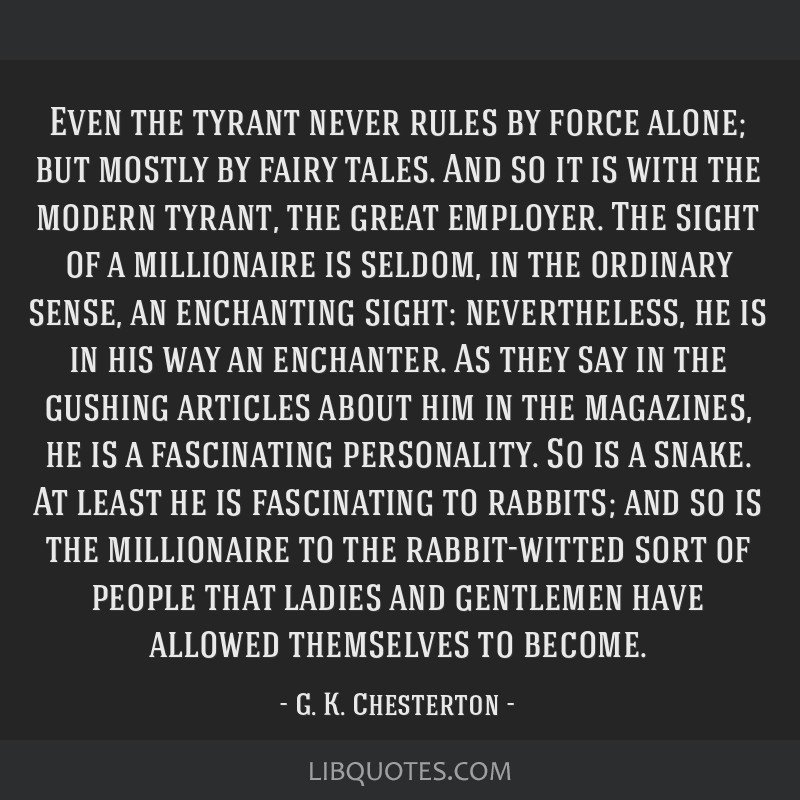