Neither reason nor faith will ever die; for men would die if deprived of either. The wildest mystic uses his reason at some stage; if it be only by reasoning against reason. The most incisive sceptic has dogmas of his own; though when he is a very incisive sceptic, he has often forgotten what they are. Faith and reason are in this sense co-eternal; but as the words are popularly used, as loose labels for particular periods, the one is now almost as remote as the other. What was called the Age of Reason has vanished as completely as what are called the Ages of Faith.

Anti-Religious Thought In The Eighteenth Century; first published in "An Outline of Christianity : The Story of our Civilization", Vol. IV, Christianity and Modern Thought (1926) 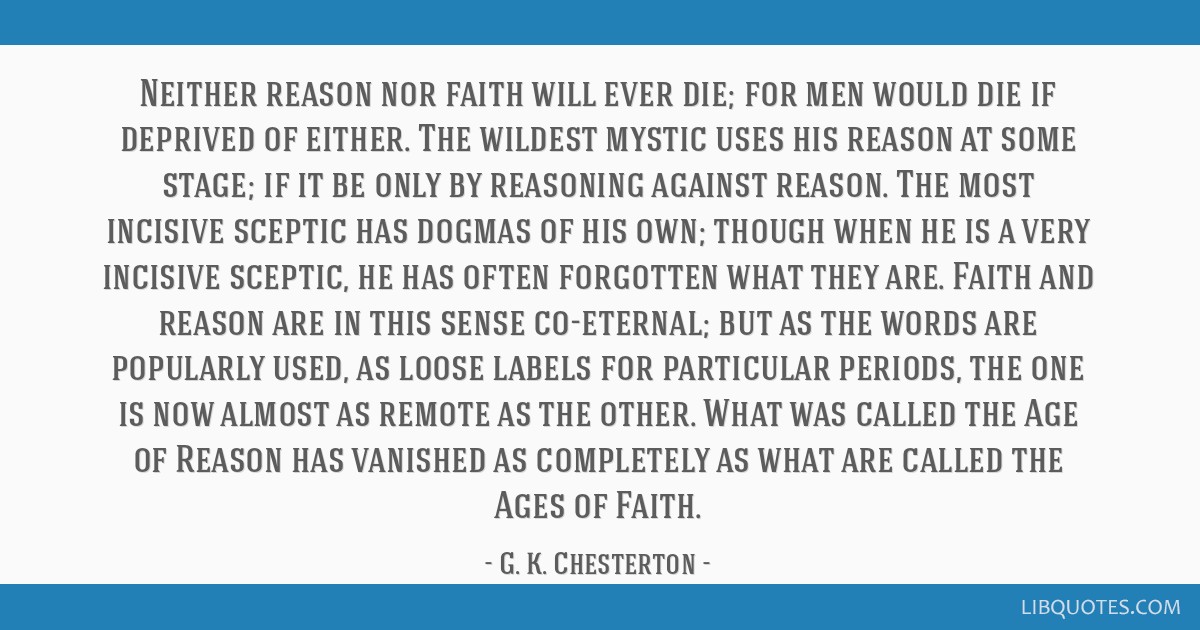 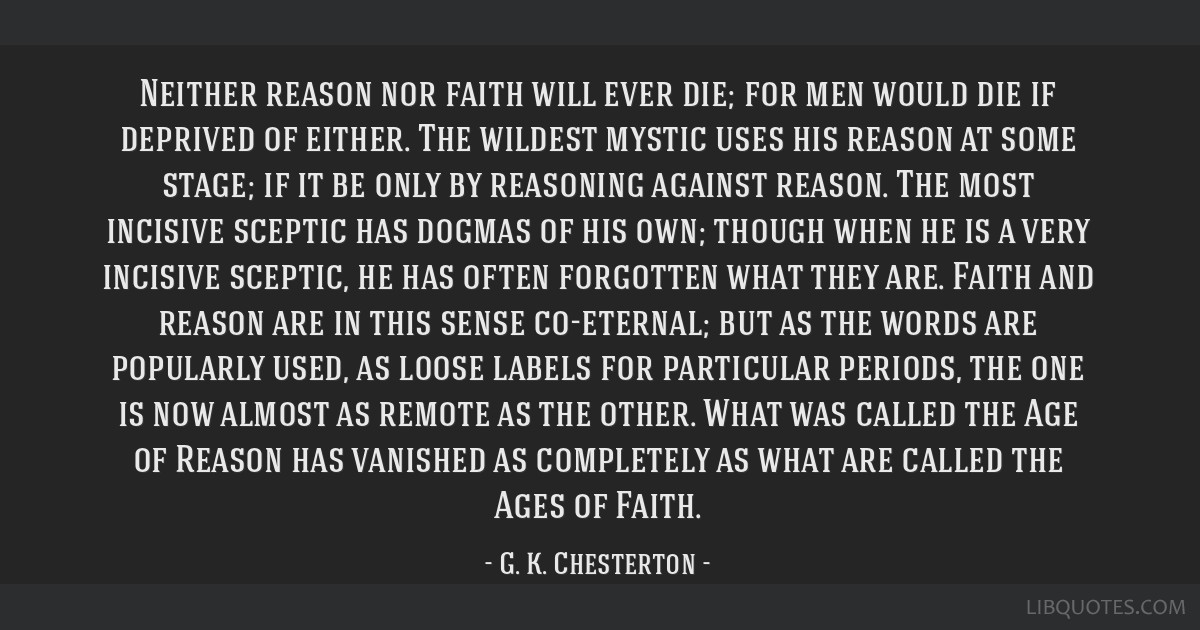 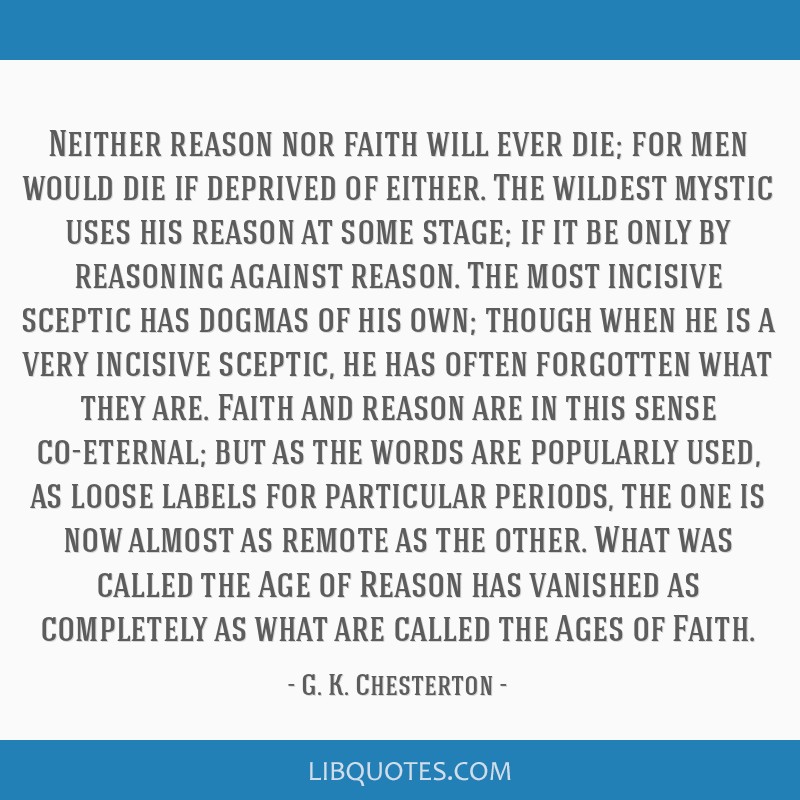 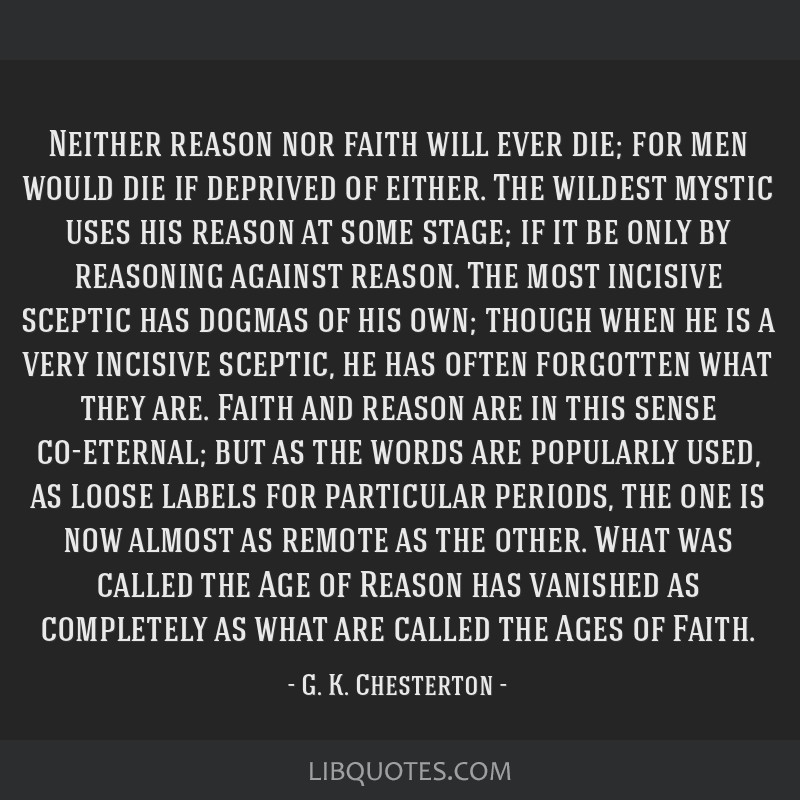