To do Mohammed justice, his main attack was against the idolatries of Asia. Only he thought, just as the Arians did and just as the Unitarians do, that he could attack them better with a greater approximation to plain theism. What distinguishes his heresy from anything like an Arian or Albigensian heresy is that, as it sprang up on the borders of Christendom, it could spread outwards to a barbaric world. 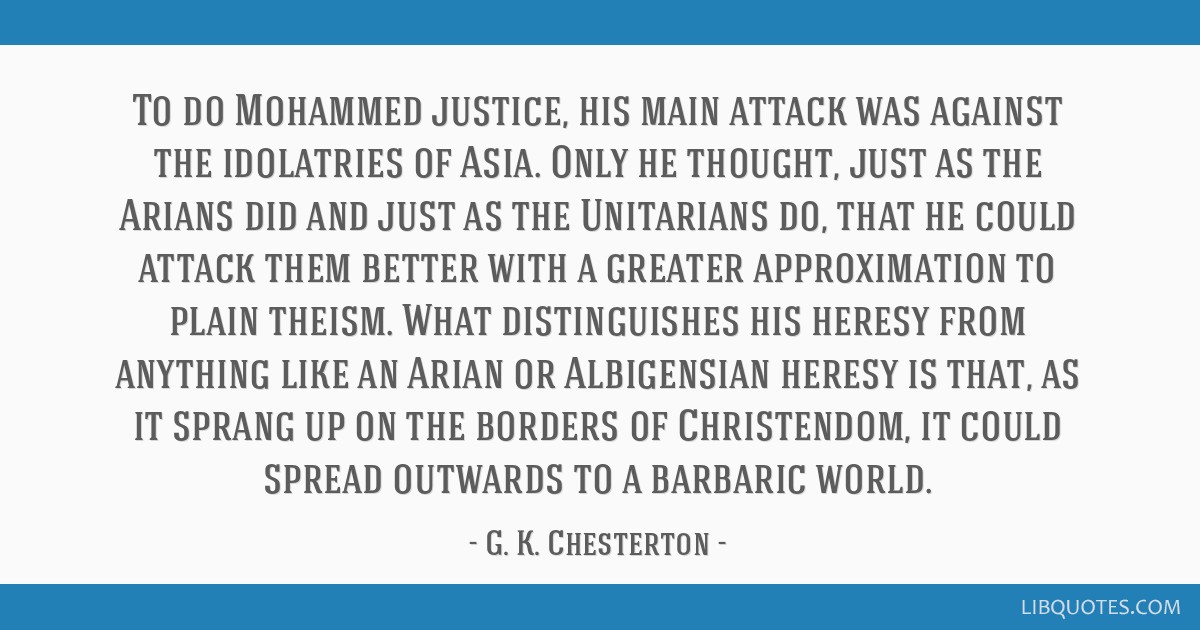 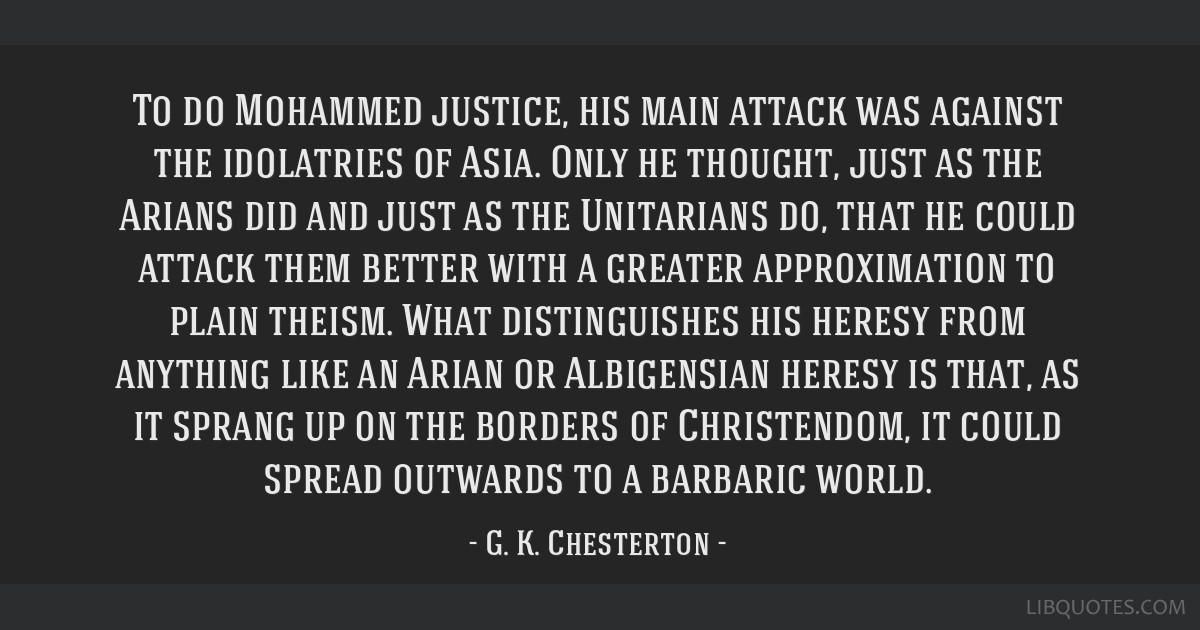 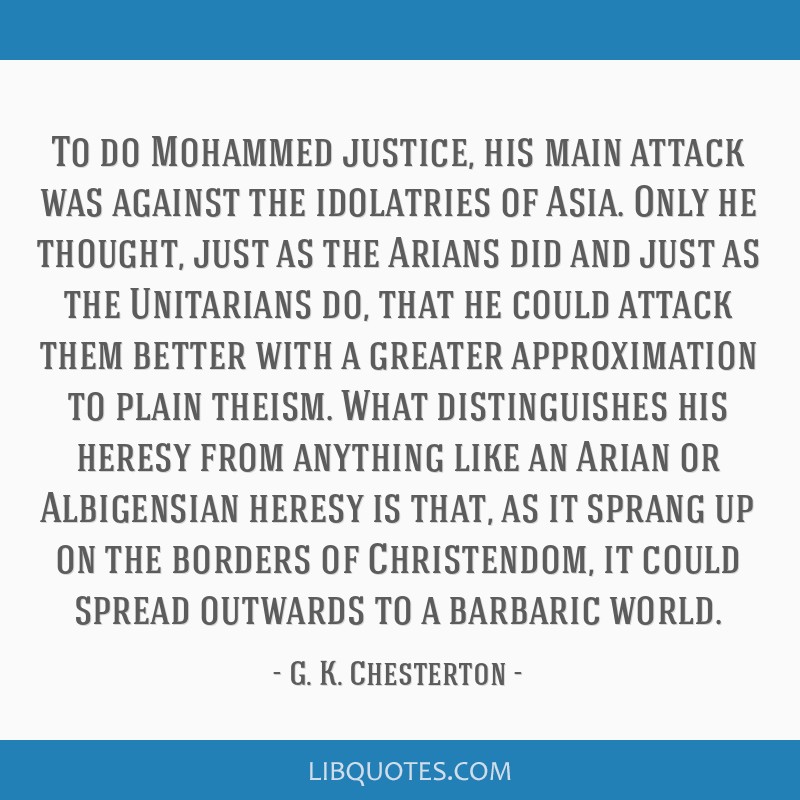 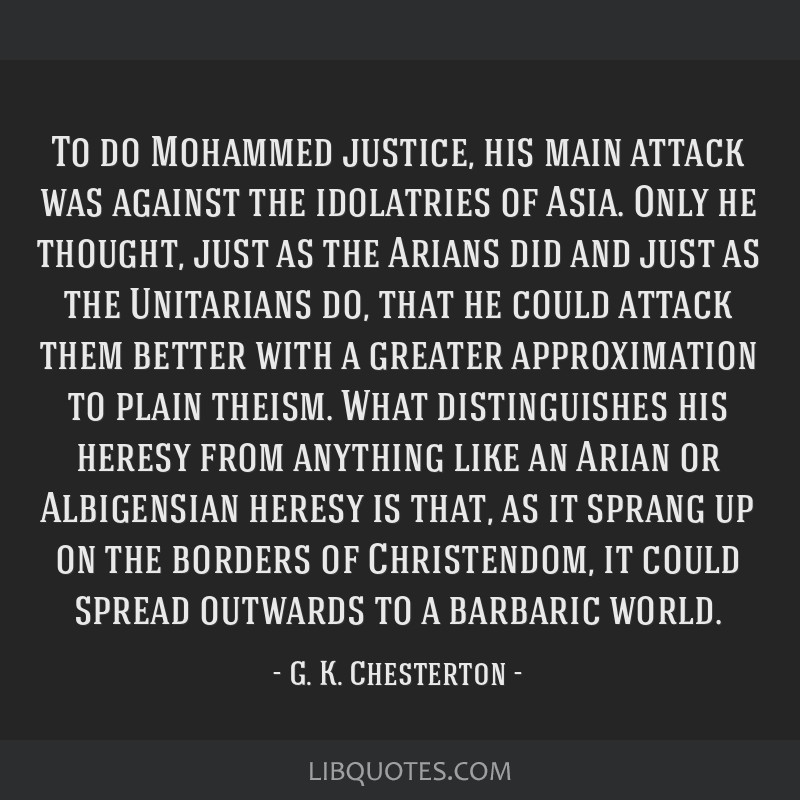