All became so jealous of the rights of their own personality that they did their very utmost to curtail and destroy them in others, and made that the chief thing in their lives. Slavery followed, even voluntary slavery; the weak eagerly submitted to the strong, on condition that the latter aided them to subdue the still weaker. Then there were saints who came to these people, weeping, and talked to them of their pride, of their loss of harmony and due proportion, of their loss of shame. They were laughed at or pelted with stones. 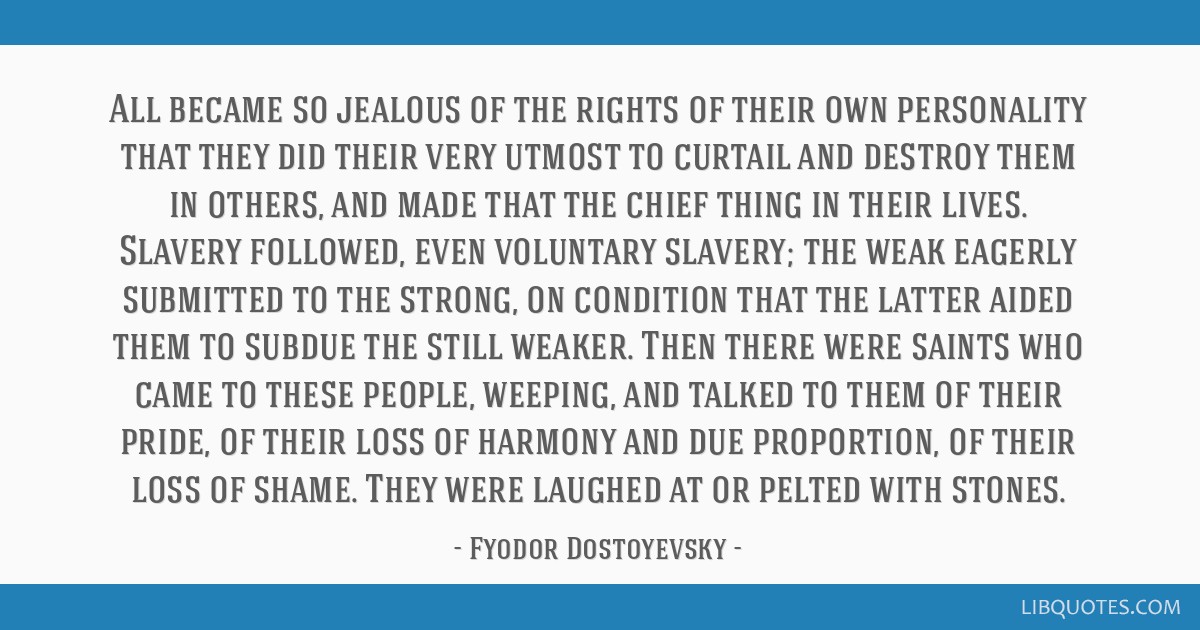 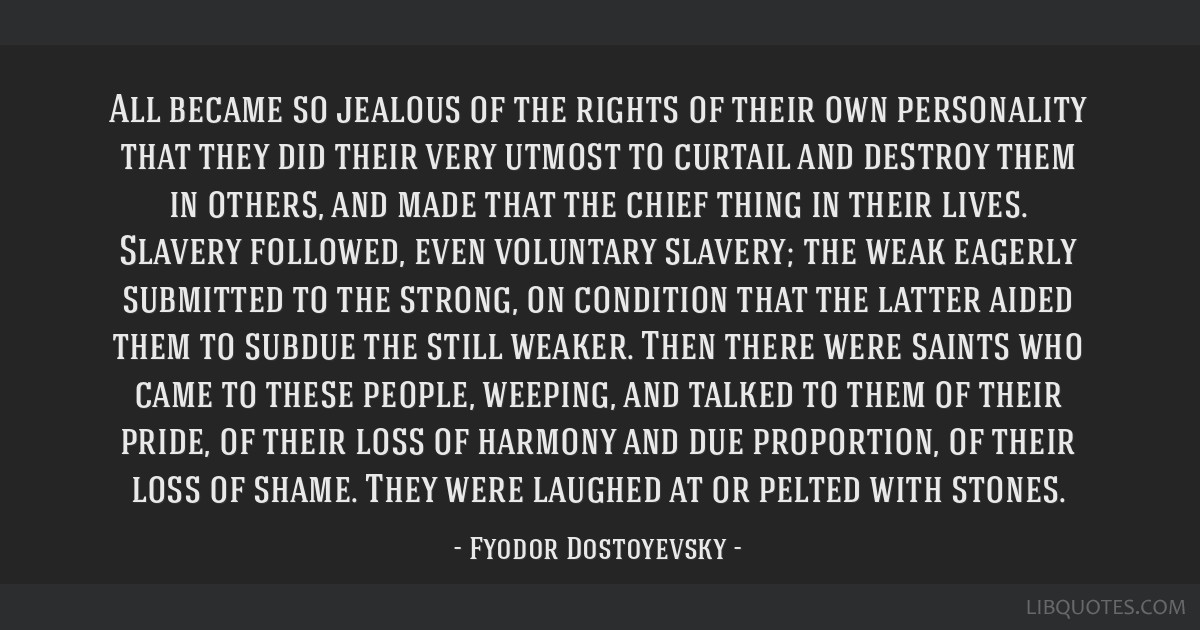 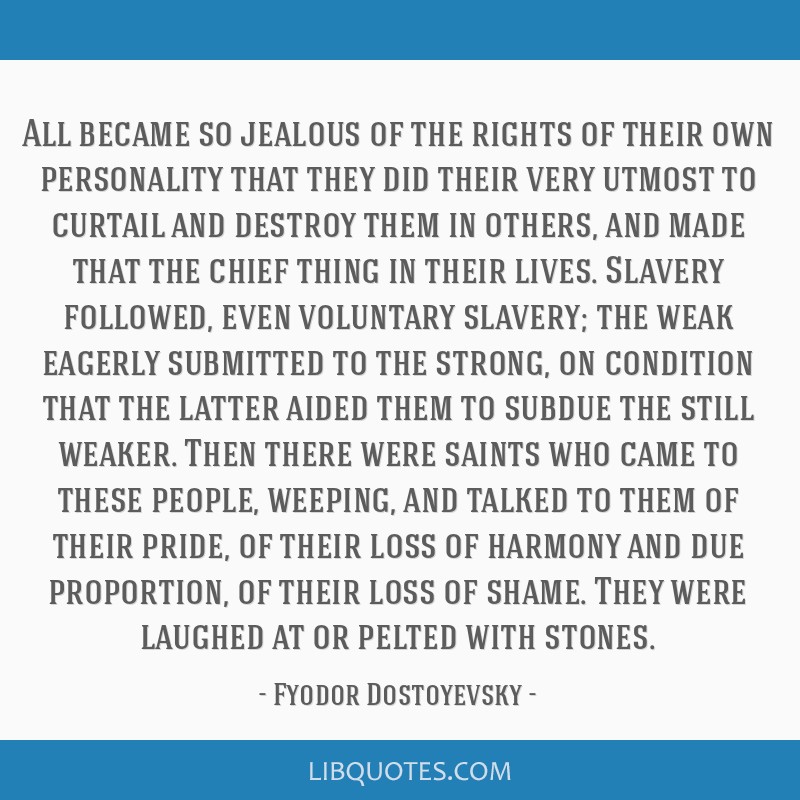 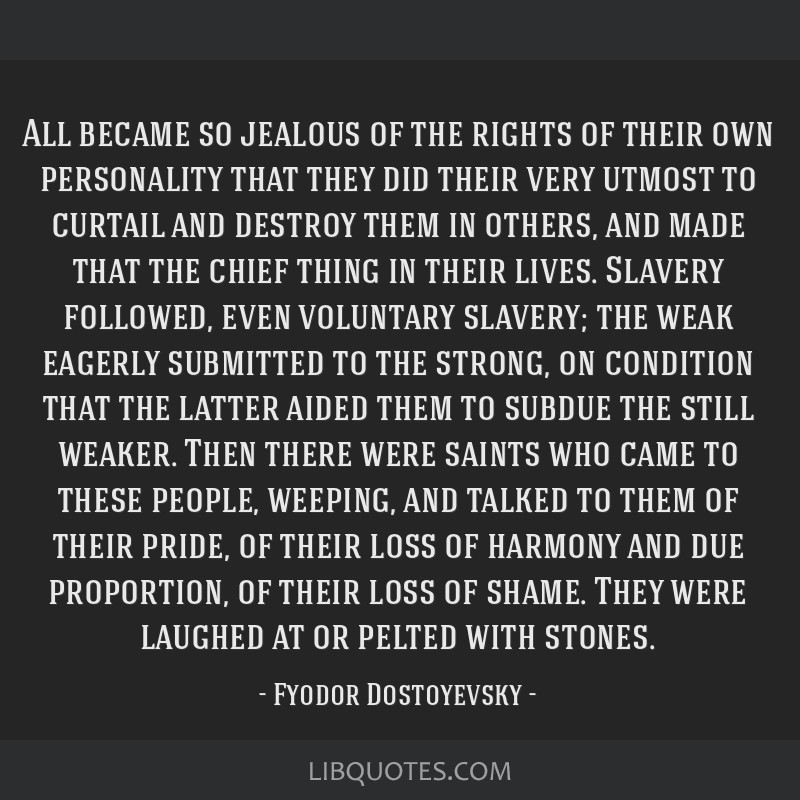 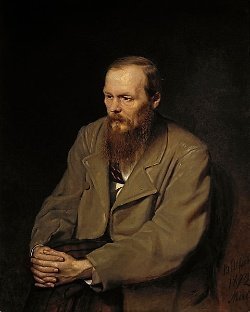