It was modesty that invented the word "philosopher" in Greece and left the magnificent overweening presumption in calling oneselfwise to the actors of the spirit--the modesty of such monsters of pride and sovereignty as Pythagoras, as Plato. 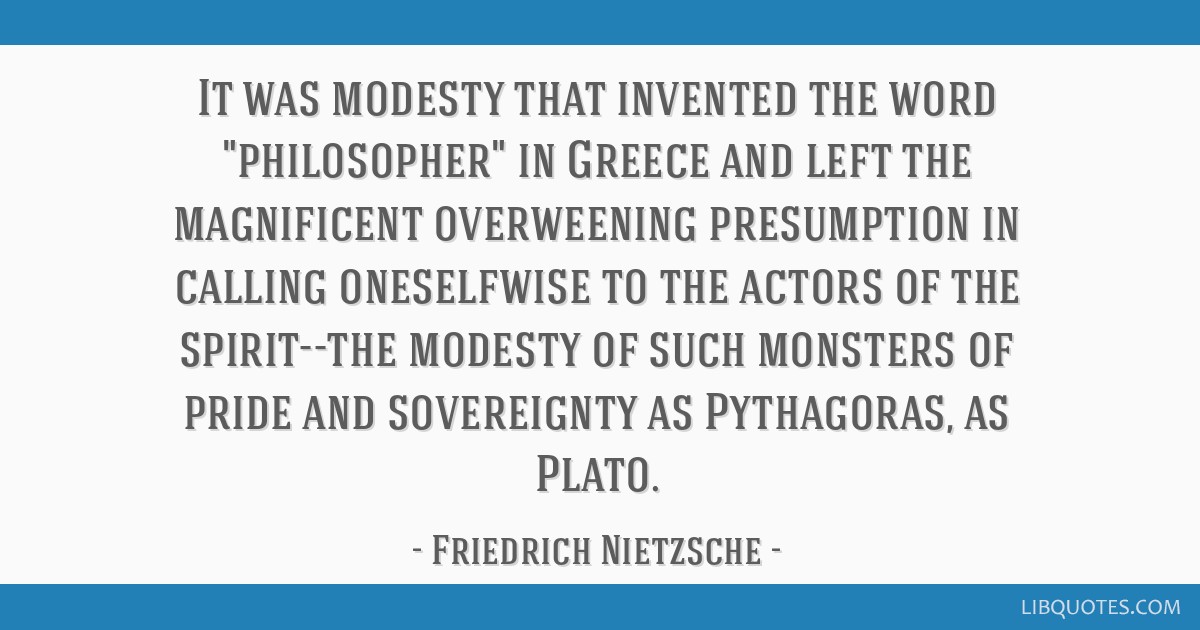 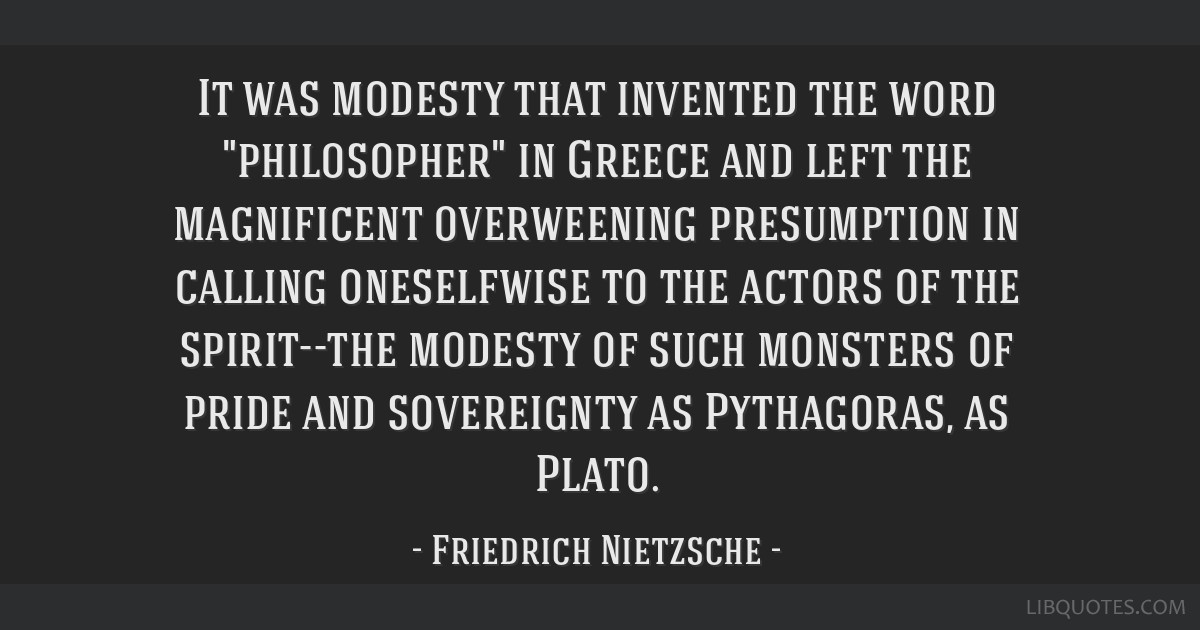 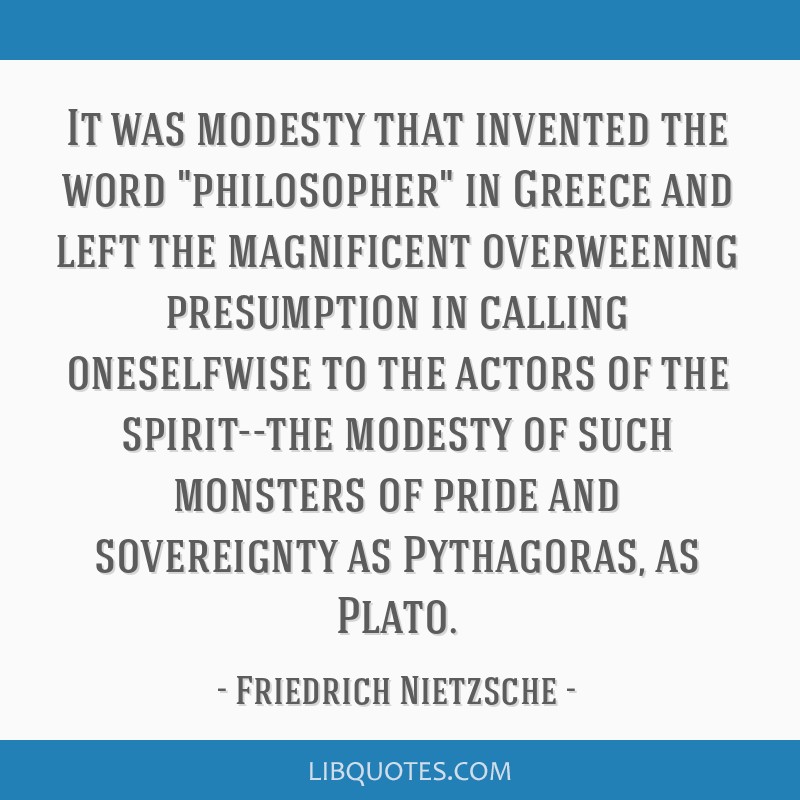 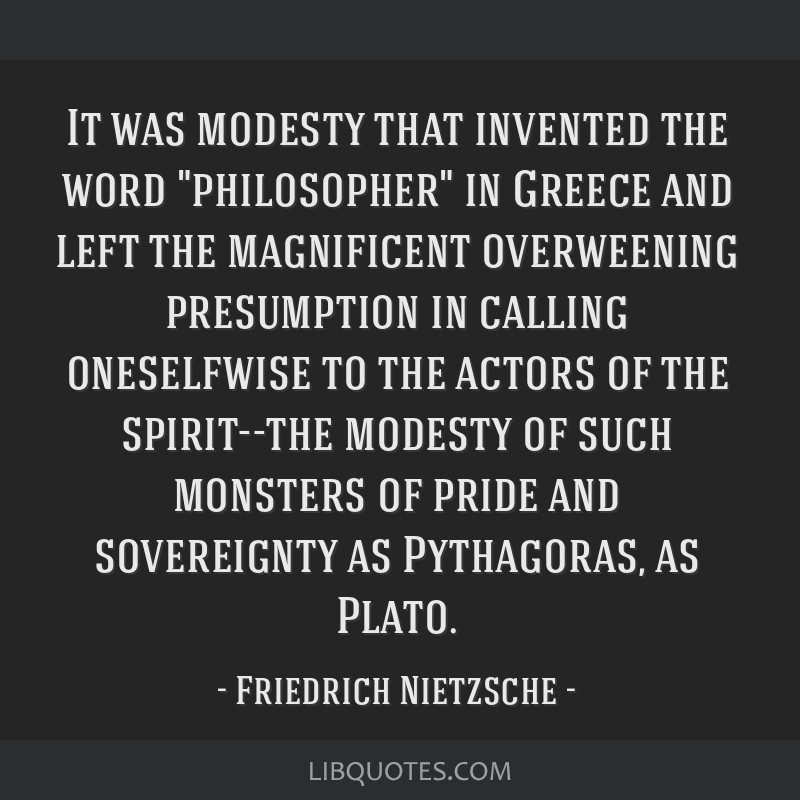 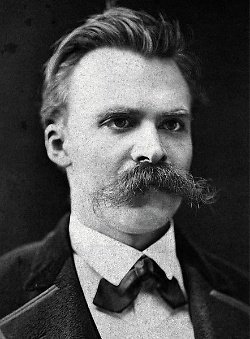