It is no more than fair that England, now that she has attained the culminating point of her industrial growth and progress, should restore again to the nations of Continental Europe a portion of those productive forces which she originally derived from them. 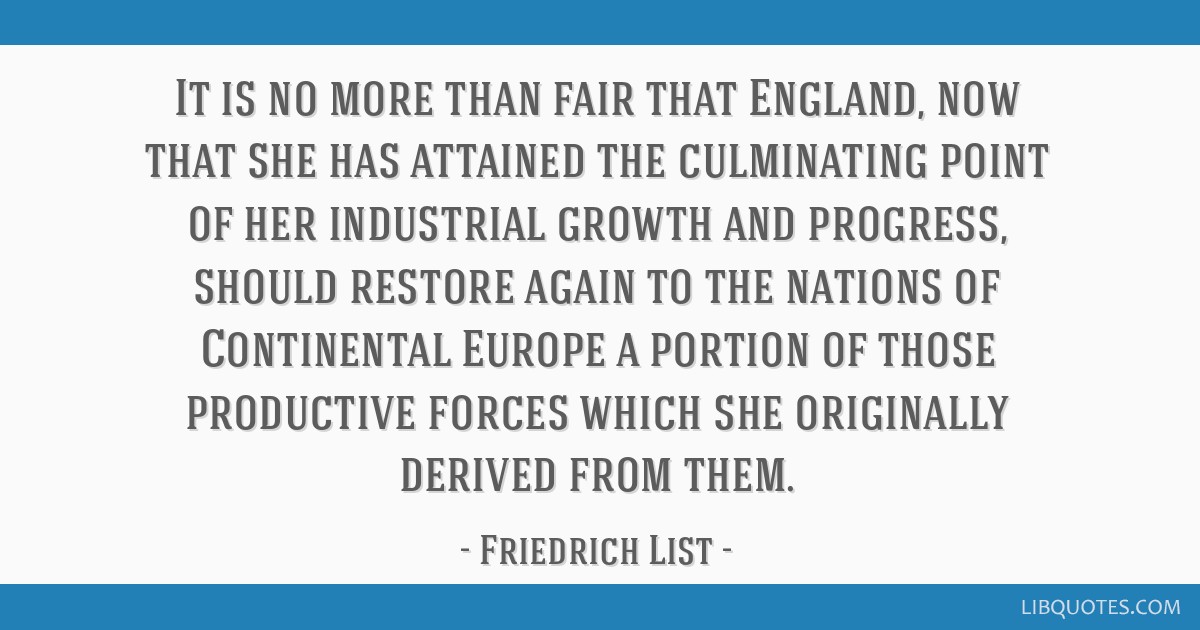 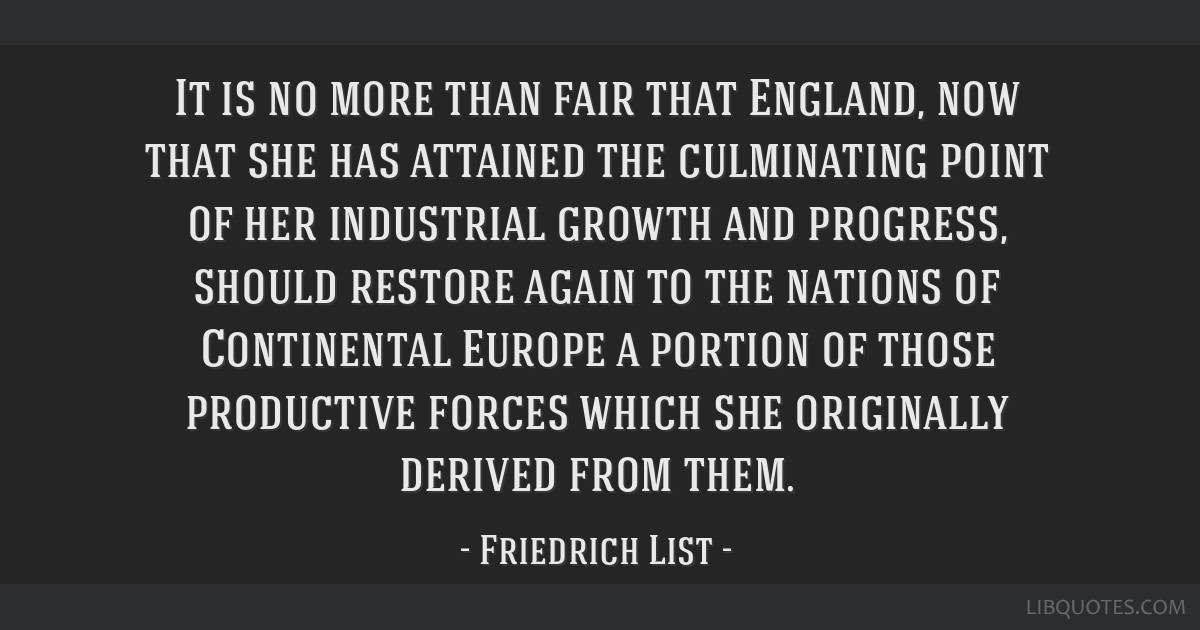 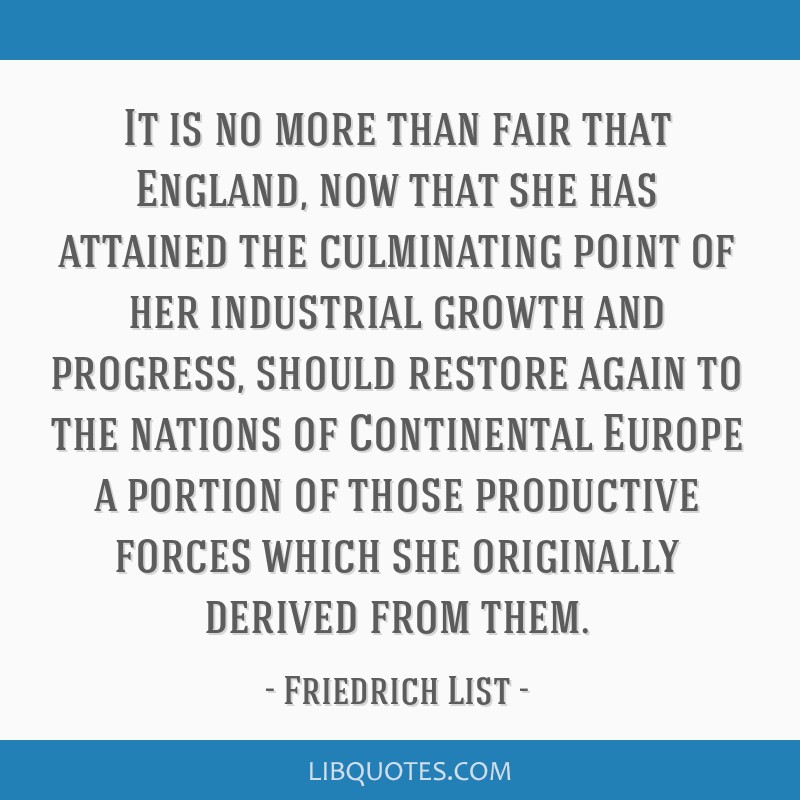 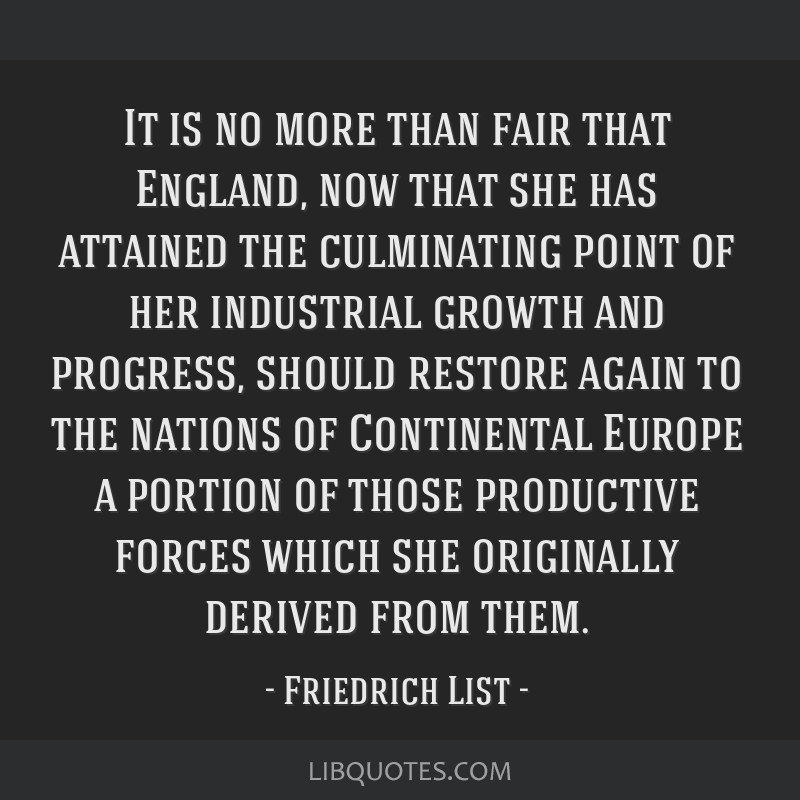 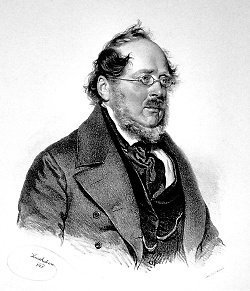