I did say in print, in February, 1929 that there was no hope for economic recovery in Europe before American interest rates came down. That wouldn't be until the American boom collapsed — which was likely to happen within the next few months. And this did, in fact, happen in October 1929.
What made me expect this, of course, was one of my main theoretical beliefs — that an inflationary boom cannot be maintained indefinitely. I was sure that a very unstable situation was created by the artificial prolongation of the boom in 1927, when the Federal Reserve tried to stave off a collapse by credit expansion. 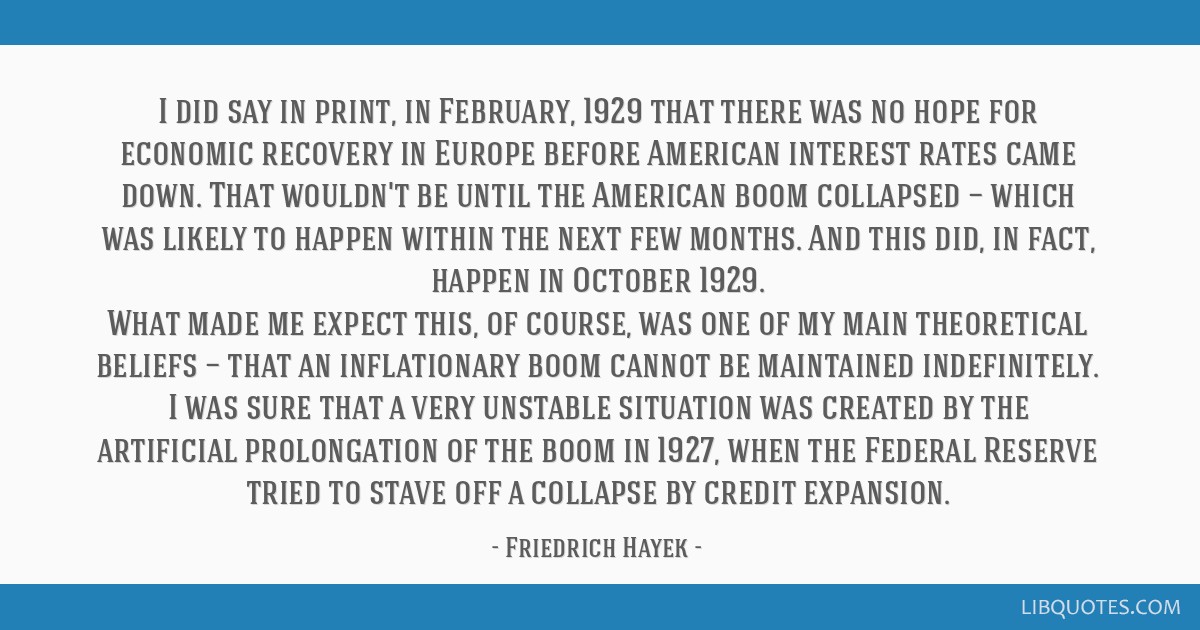 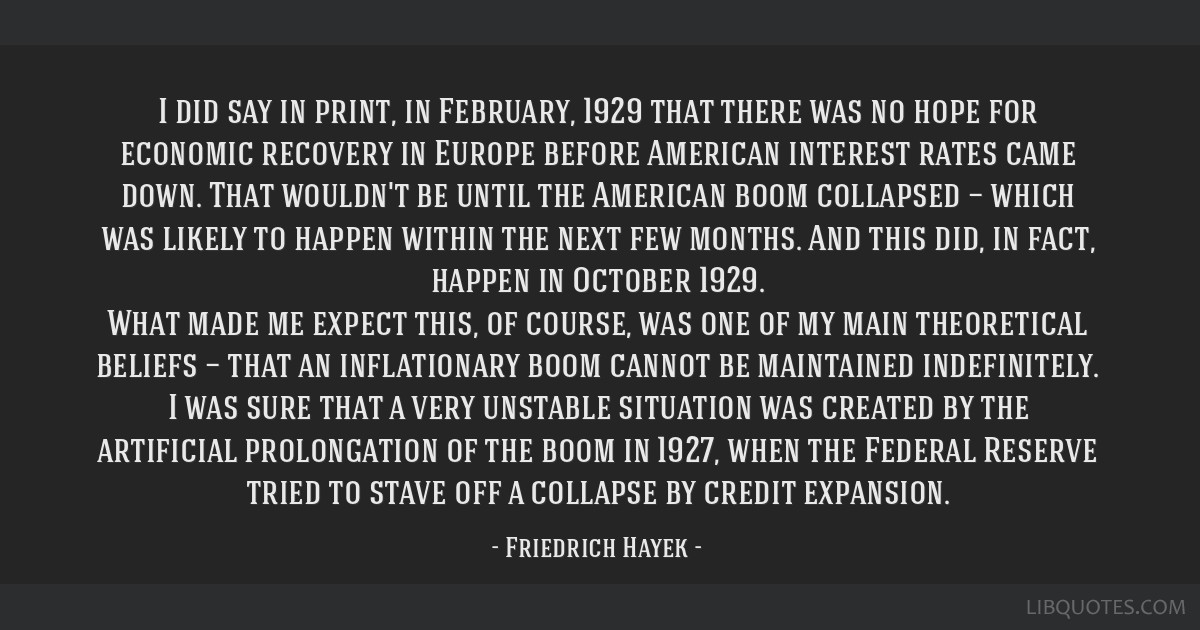 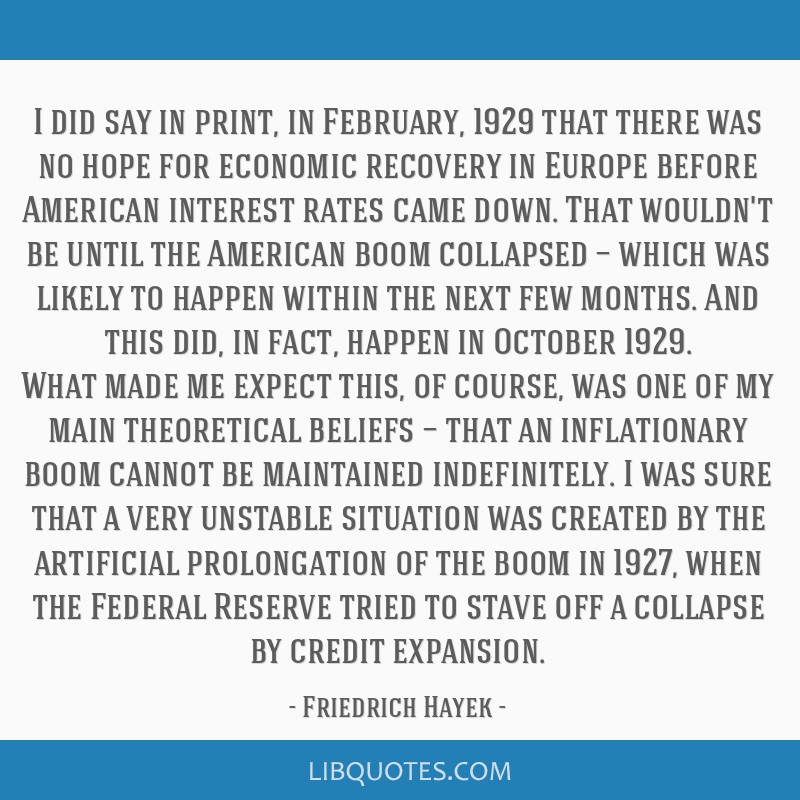 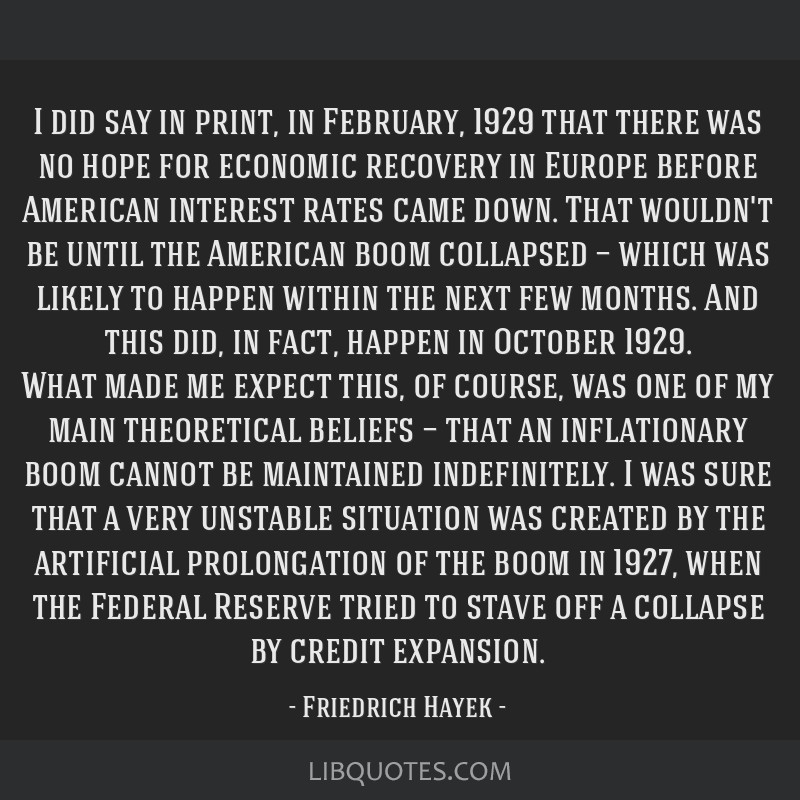