The successful politician owes his power to the fact that he moves within the accepted framework of thought, that he thinks and talks conventionally. It would be almost a contradiction in terms for a politician to be a leader in the field of ideas. His task in a democracy is to find out what the opinions held by the largest number are, not to give currency to new opinions which may become the majority view in some distant future. 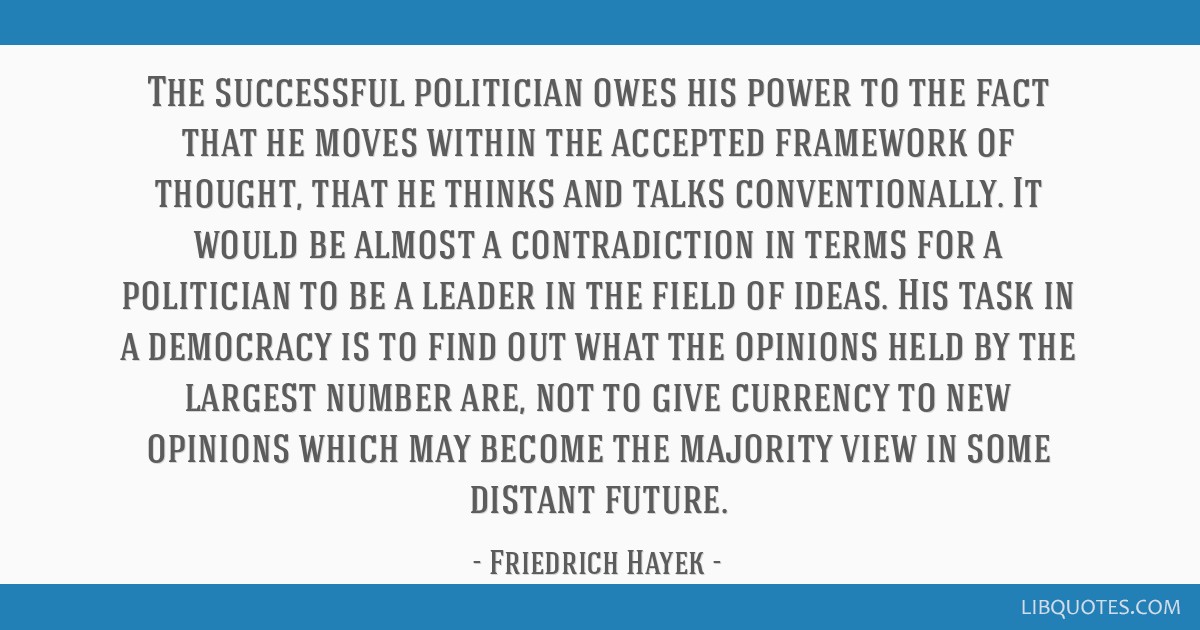 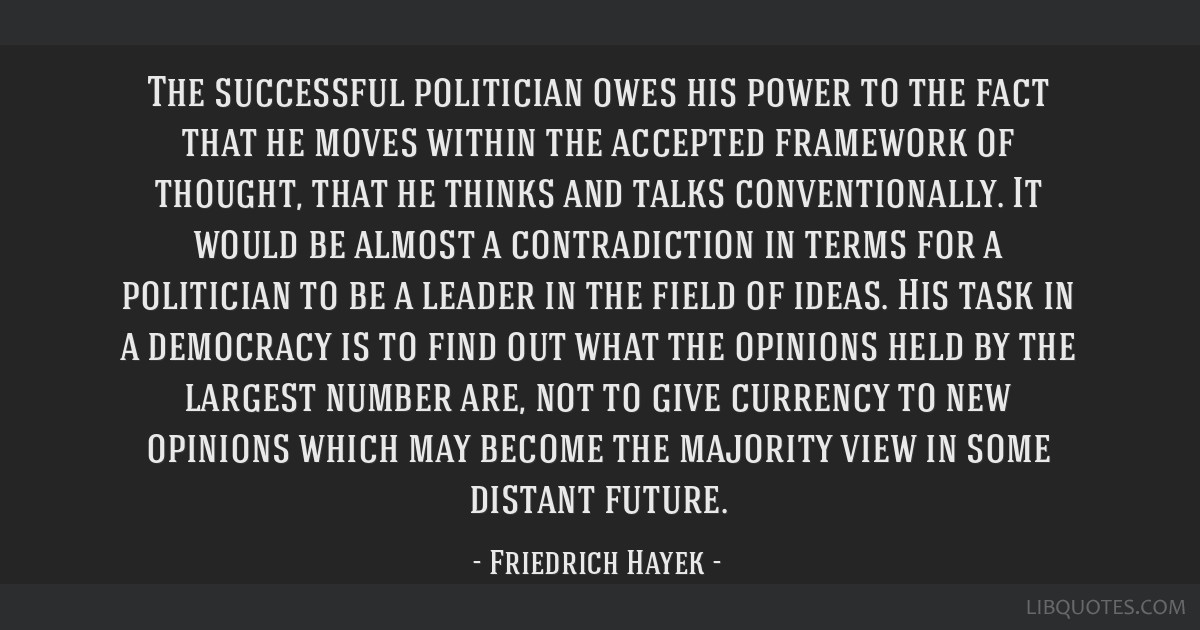 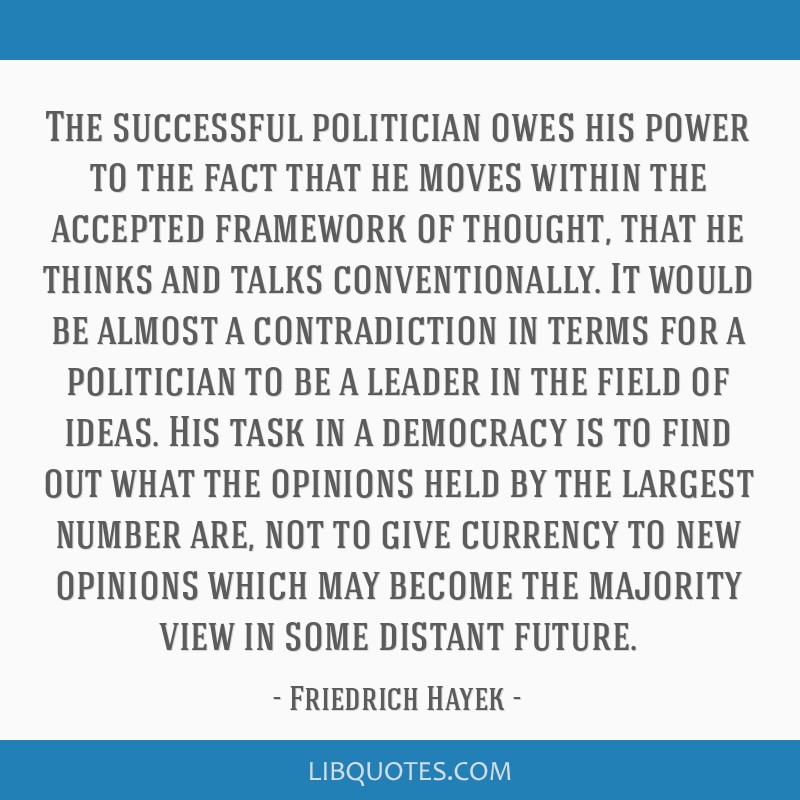 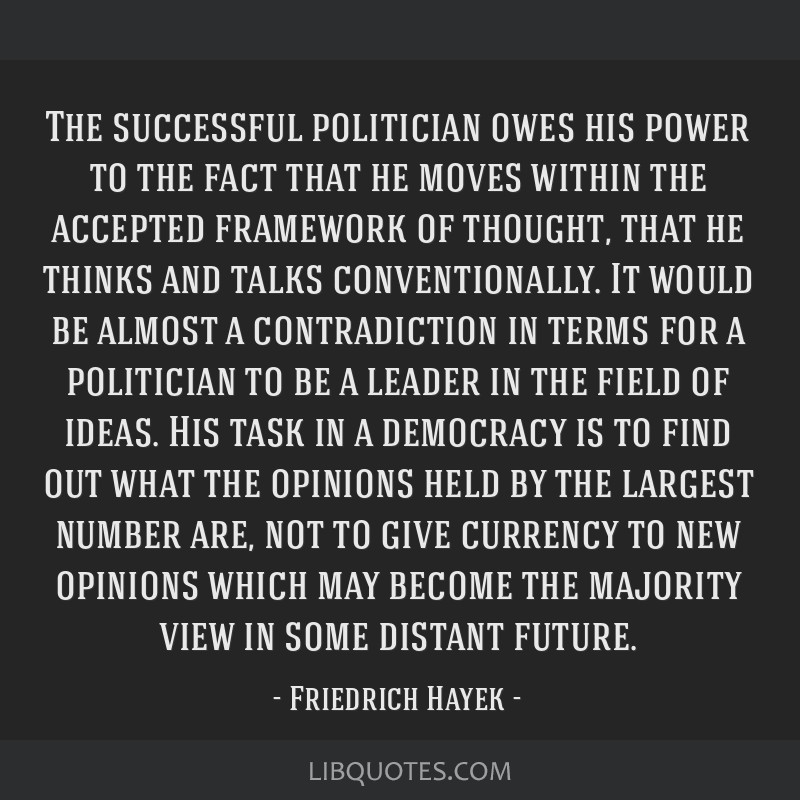