An evil fate befall German efforts to defend the ideal of liberty in general and in the field of economics in particular, with the result that today I am almost the only survivor of a generation that set out in the wake of the First World War to devote all its energies to the preservation of a civilised society, a generation that set itself the task to build a better society in a systematic fashion and to learn to understand, an to some extent defend, a tradition that had civilised the world.

"The Rediscovery of Freedom: Personal Recollections" (1983), published in The Fortunes of Liberalism (1992) 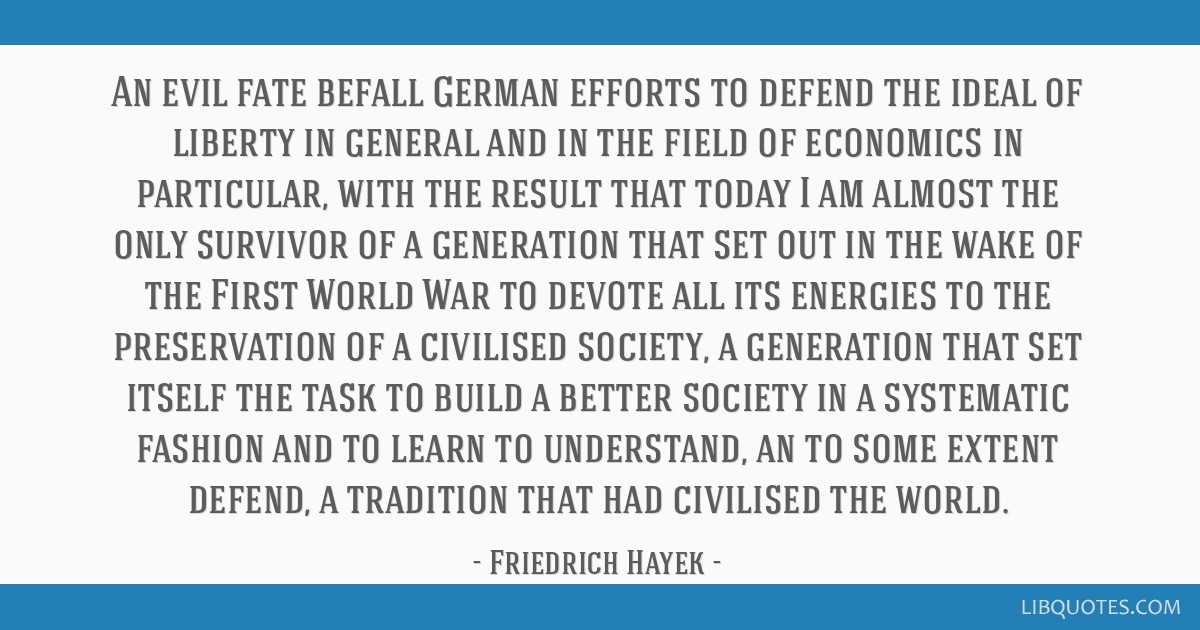 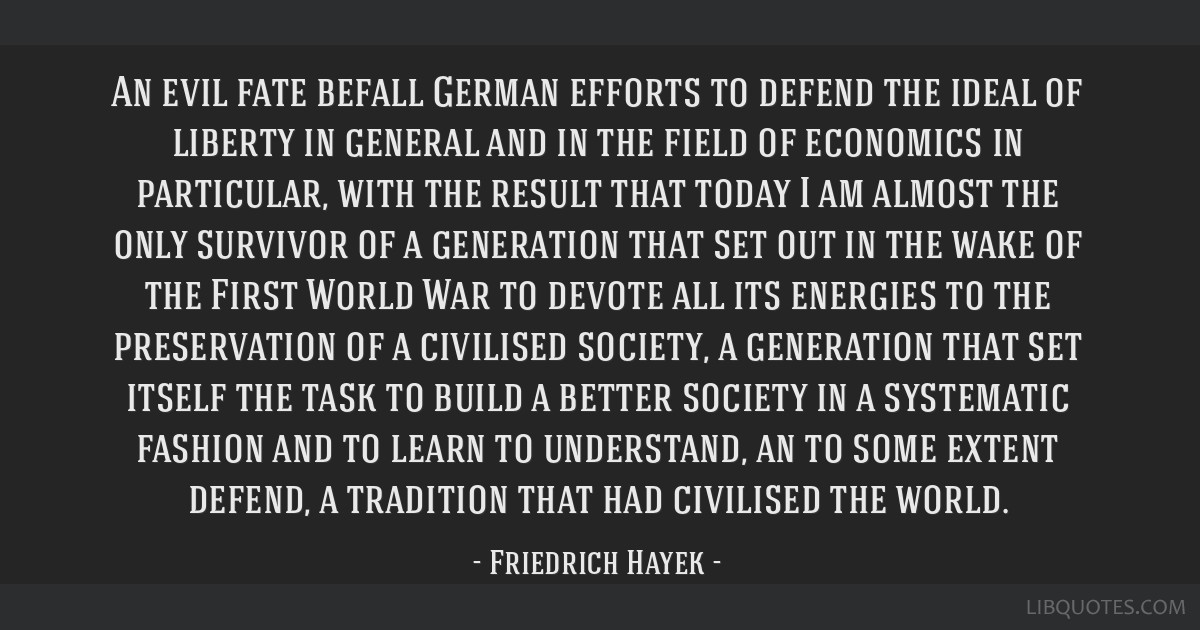 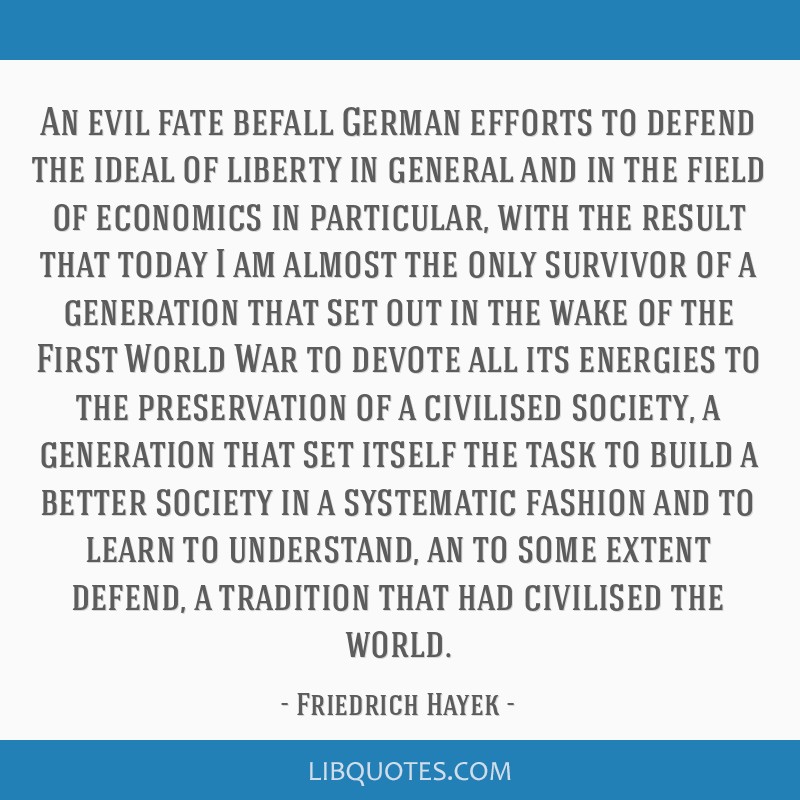 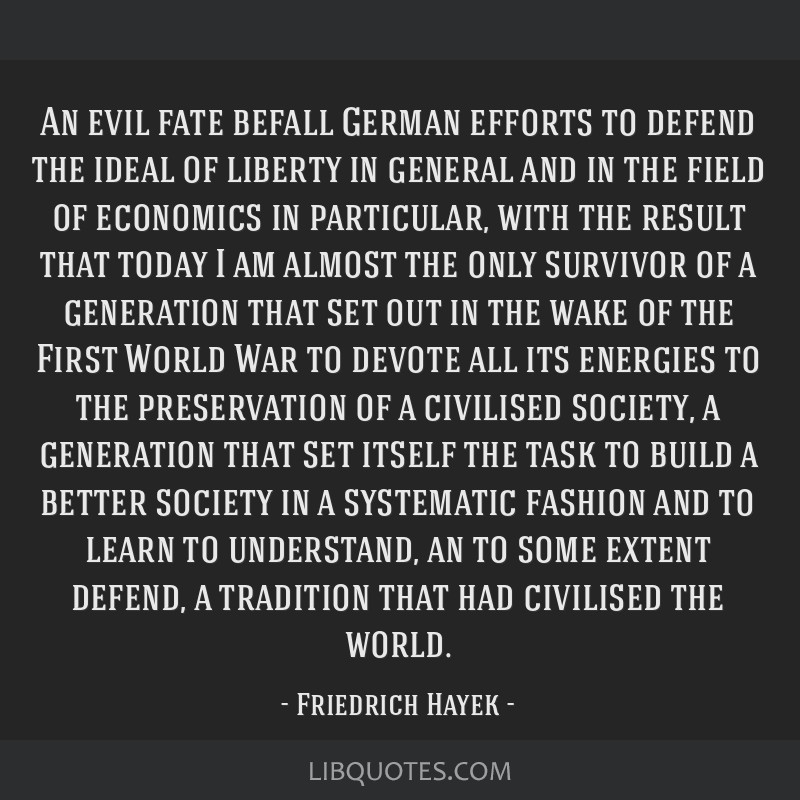