The attack on economics sprang rather from a dislike of the application of scientific methods to the investigation of social problems. The existence of a body of reasoning which prevented people from following their first impulsive reactions, and which compelled them to balance indirect effects, which could be seen only by exercising the intellect, against intense feeling caused by the direct observation of concrete suffering, then as now, occasioned intense resentment.

"The Trend of Economic Thinking", lecture delivered at LSE on March 1, 1933, published in Economica (May 1933) 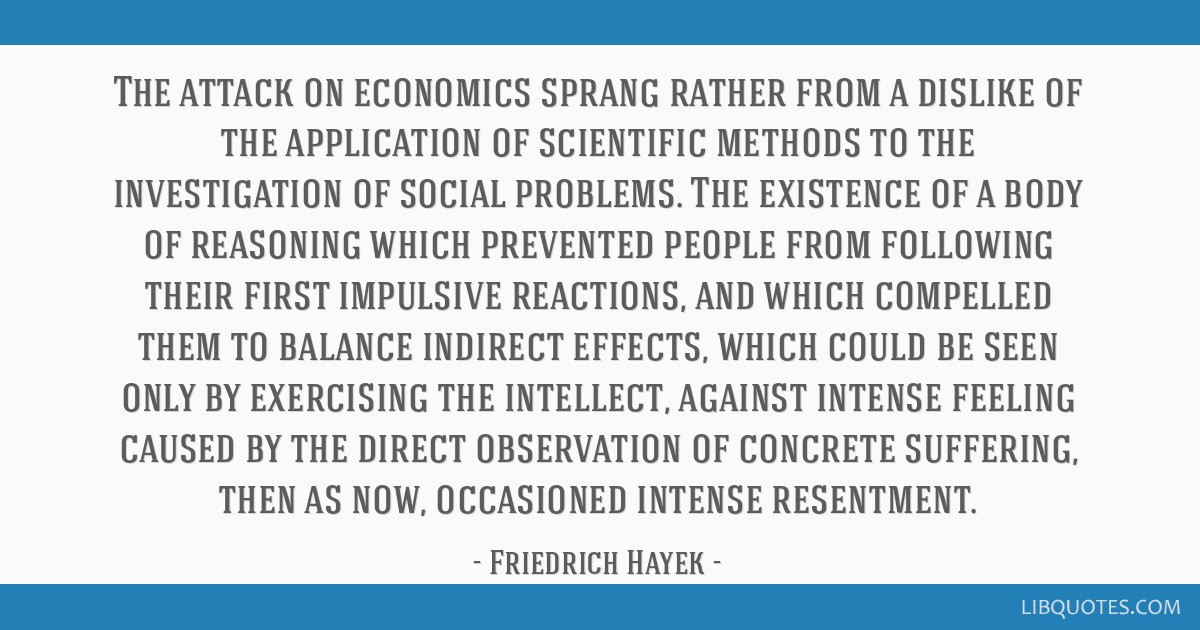 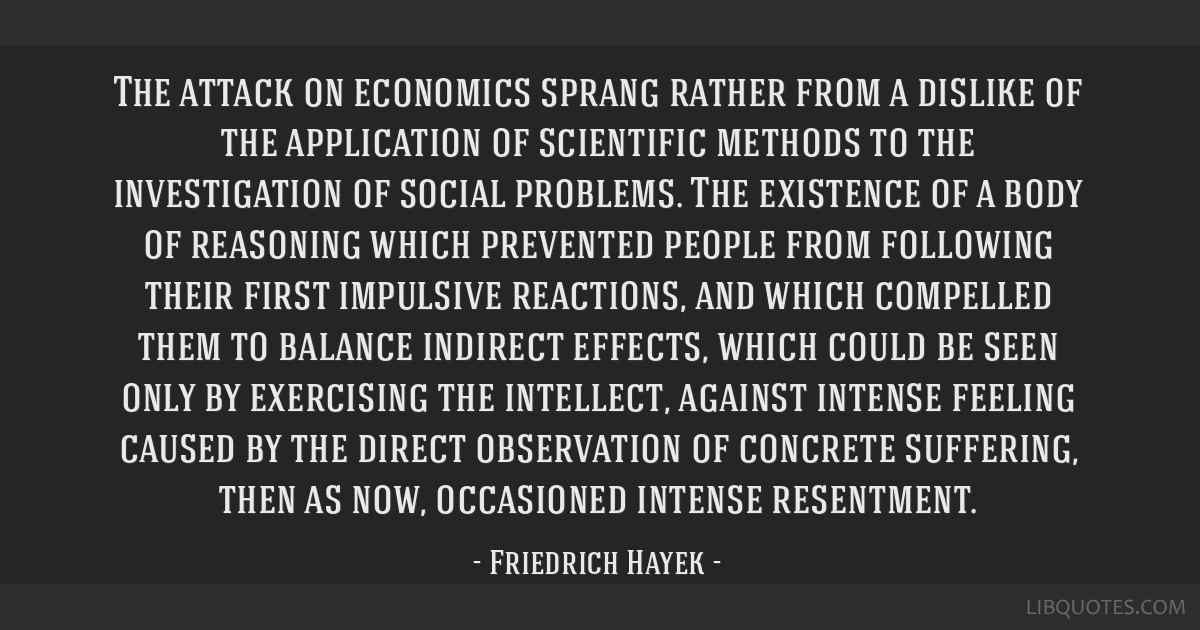 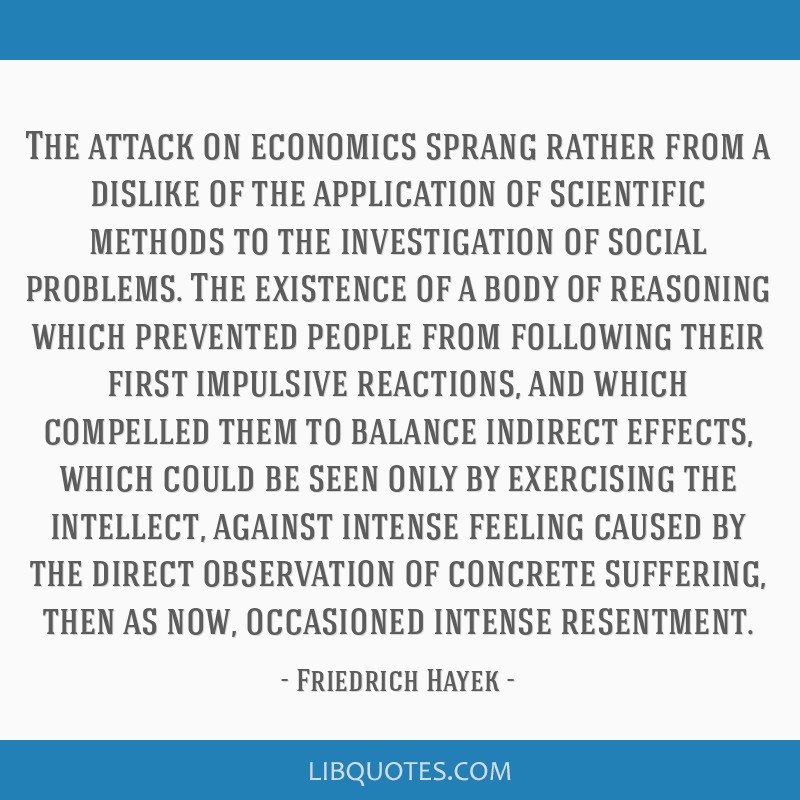 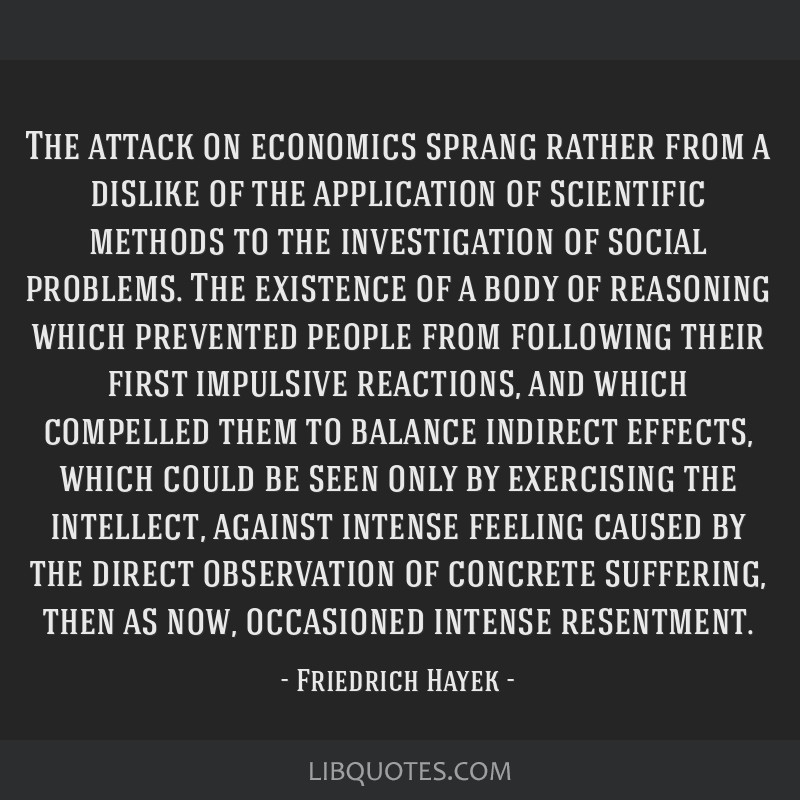