A limited democracy might indeed be the best protector of individual liberty and be better than any other form of limited government, but an unlimited democracy is probably worse than any other form of unlimited government, because its government loses the power even to do what it thinks right if any group on which its majority depends thinks otherwise. If Mrs. Thatcher said that free choice is to be exercised more in the market place than in the ballot box, she has merely uttered the truism that the first is indispensable for individual freedom, while the second is not: free choice can at least exist under a dictatorship that can limit itself but not under the government of an unlimited democracy which cannot. 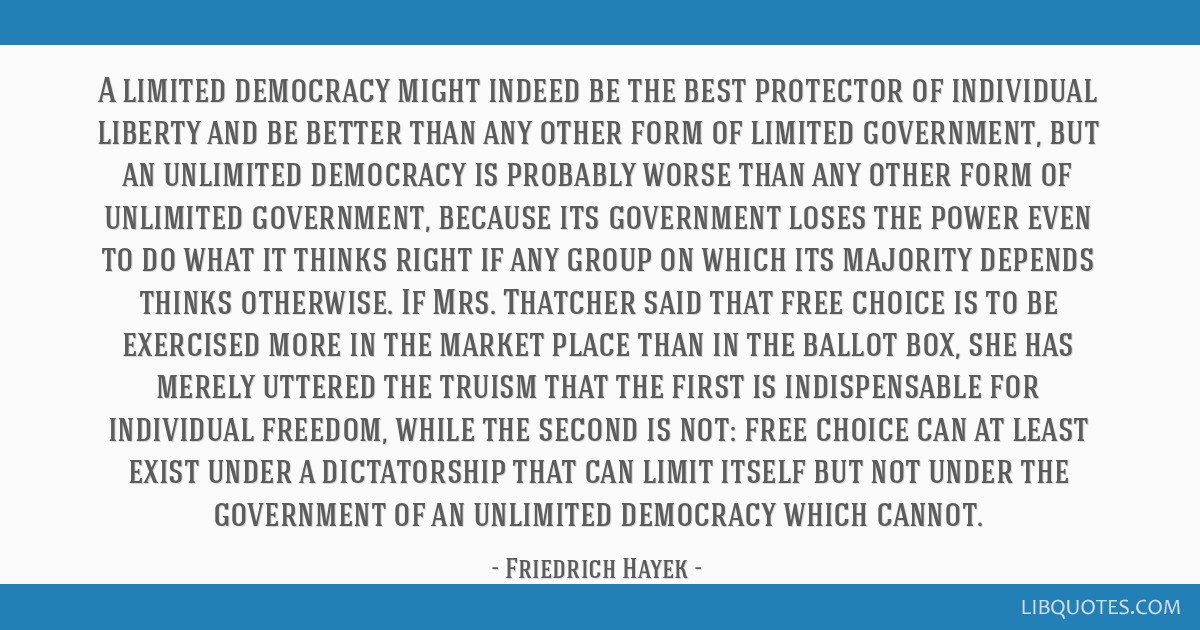 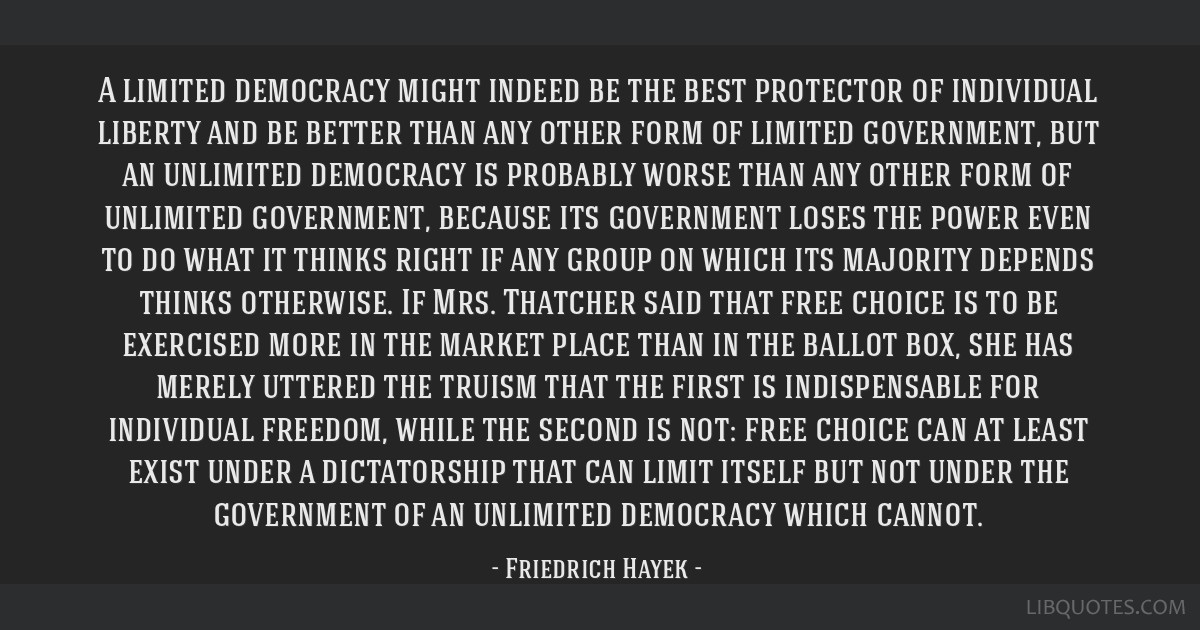 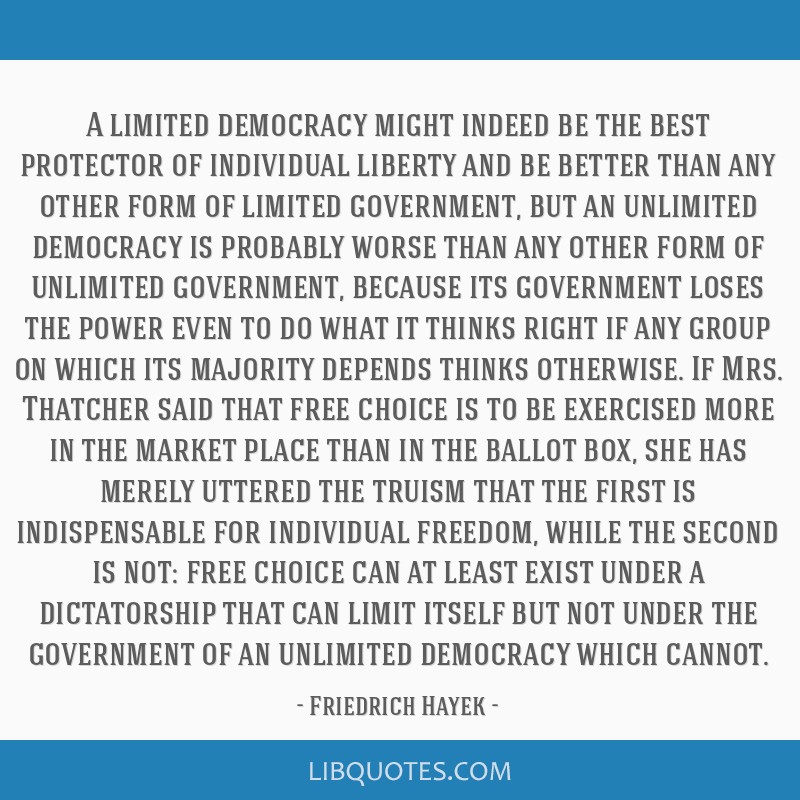 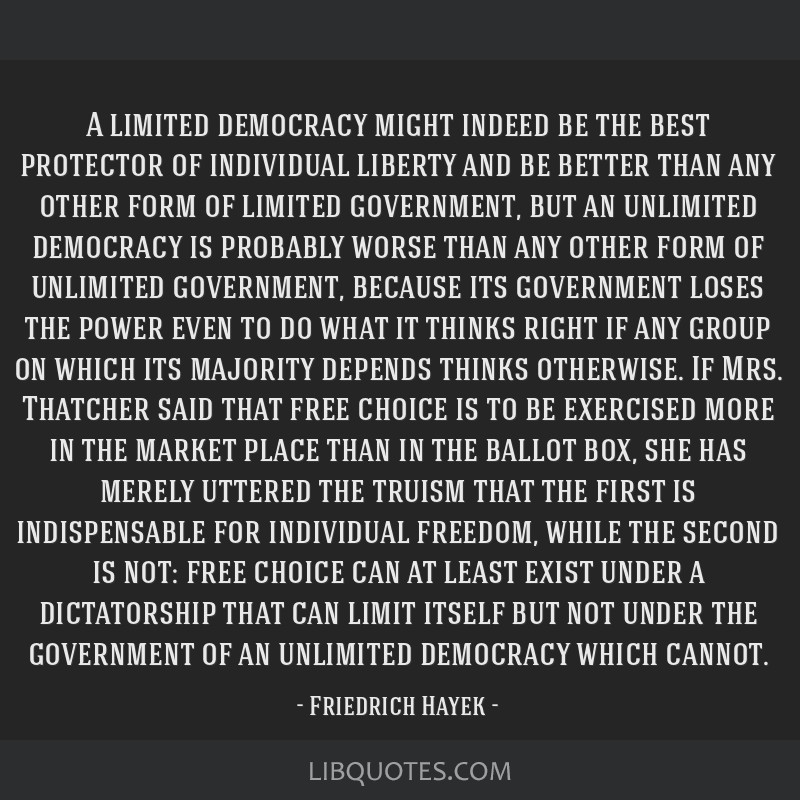