There can be little doubt that man owes some of his greatest successes in the past to the fact that he has not been able to control social life. His continued advance may well depend on his deliberately refraining from exercising controls which are now in his power. 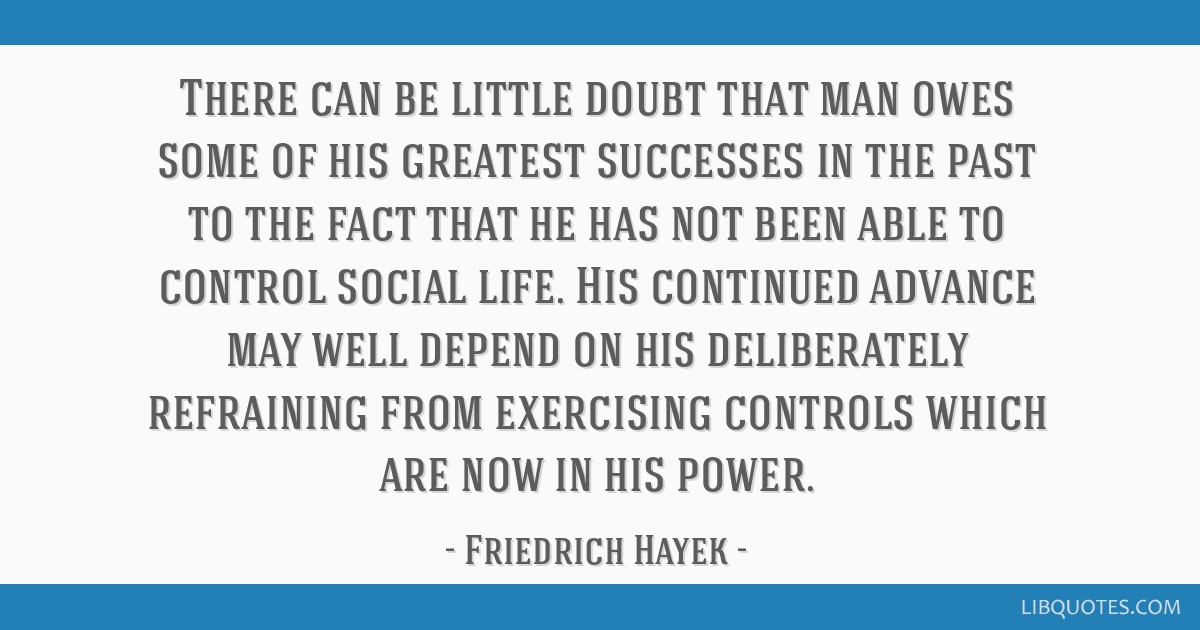 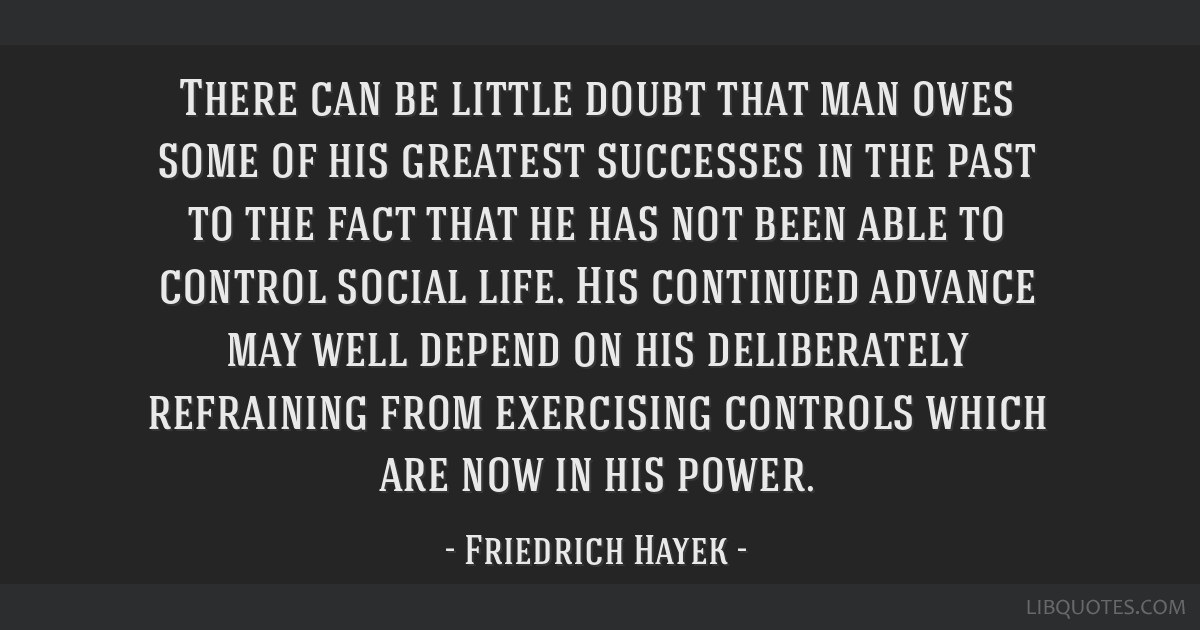 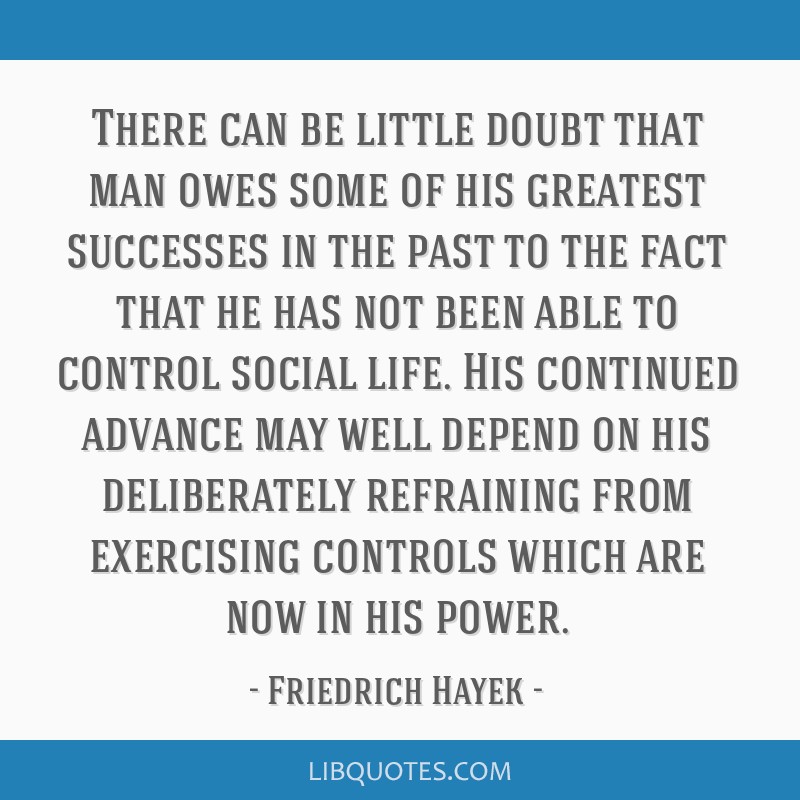 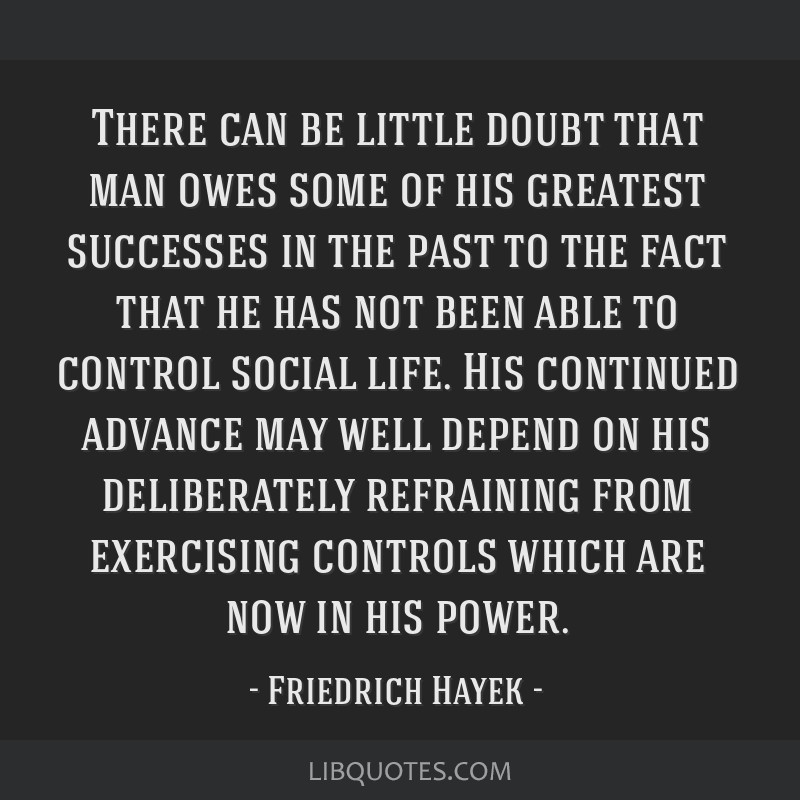