[Apartheid law in South Africa] appears to be a clear and even extreme instance of that discrimination between different individuals which seems to me to be incompatible with the reign of liberty. The essence of what I said [in The Constitution of Liberty] was really the fact that the laws under which government can use coercion are equal for all responsible adult members of that society. Any kind of discrimination — be it on grounds of religion, political opinion, race, or whatever it is — seems to be incompatible with the idea of freedom under the law. Experience has shown that separate never is equal and cannot be equal. 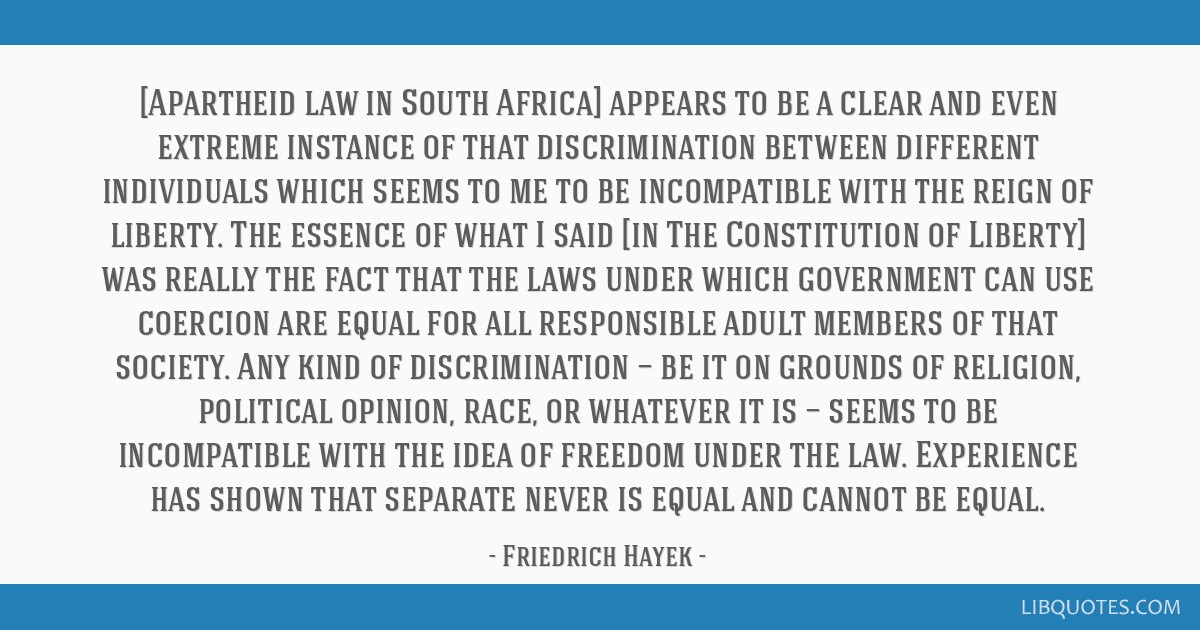 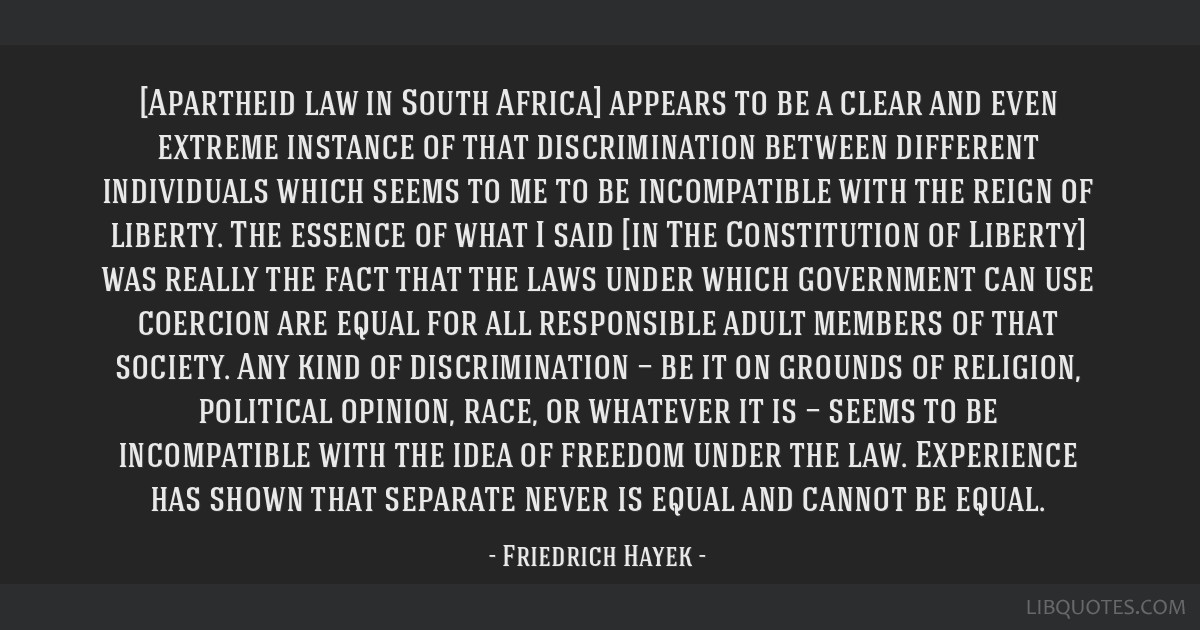 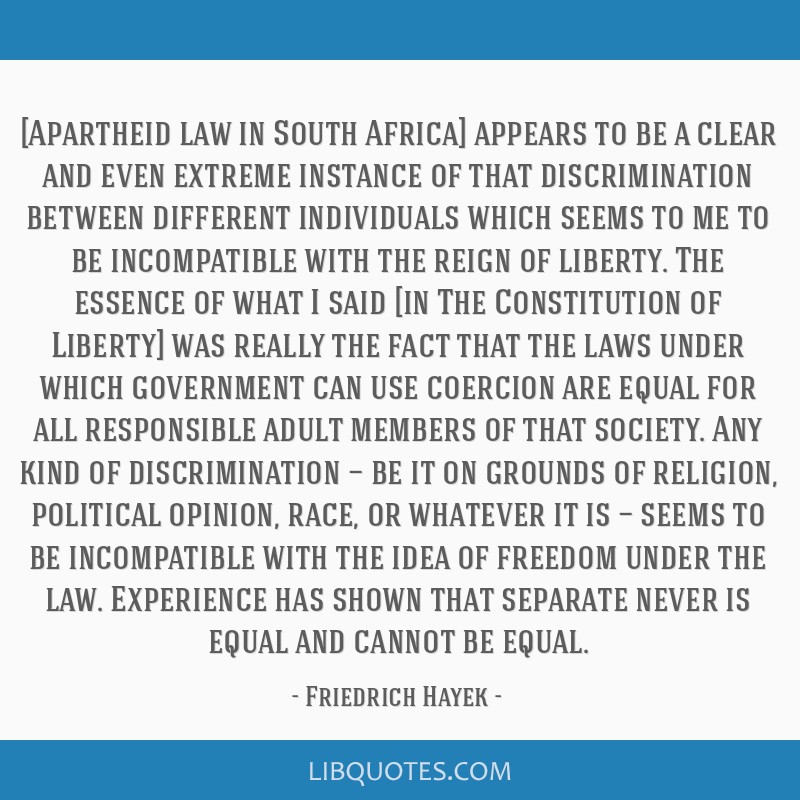 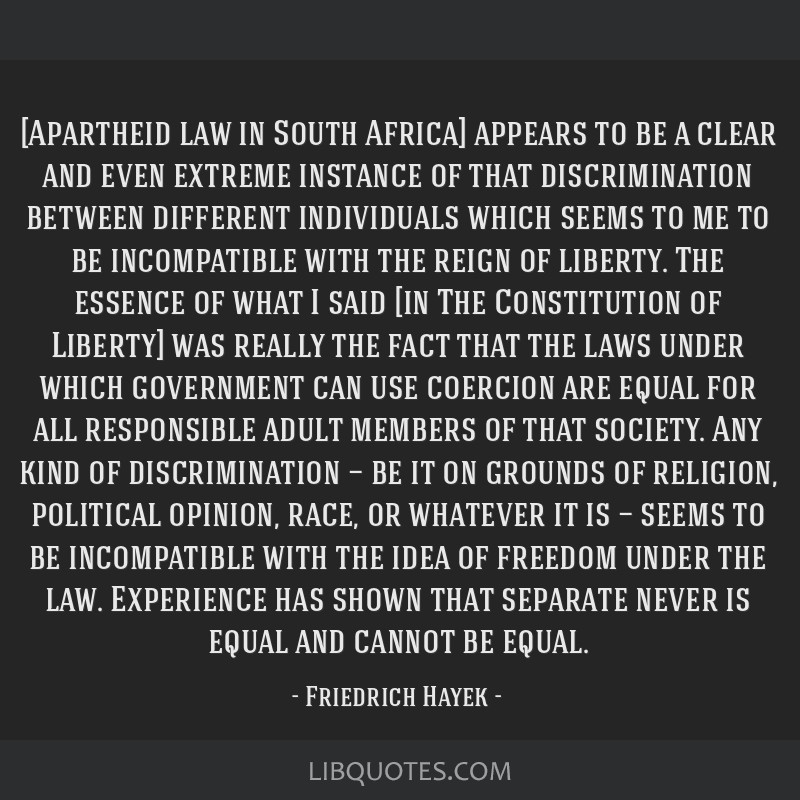