I returned to school [after the bus accident], but I felt very sore and had little strength. I took my paintings to Diego [Rivera], and he liked them a lot, most of all the self-portrait. But of the rest he told me that I was influenced by Doctor Atl [a Mexican painter and revolutionary] and by Montenegro, and that I should try to paint whatever I wanted without being influenced by anyone else. That impressed me a lot, and I began to paint that I believed in. Then the friendship and almost courtship with Diego began. I would go to see him paint in the afternoon, and afterwards he would take me home by bus or in a Fordcito – a little Ford that he had – and he would kiss me. 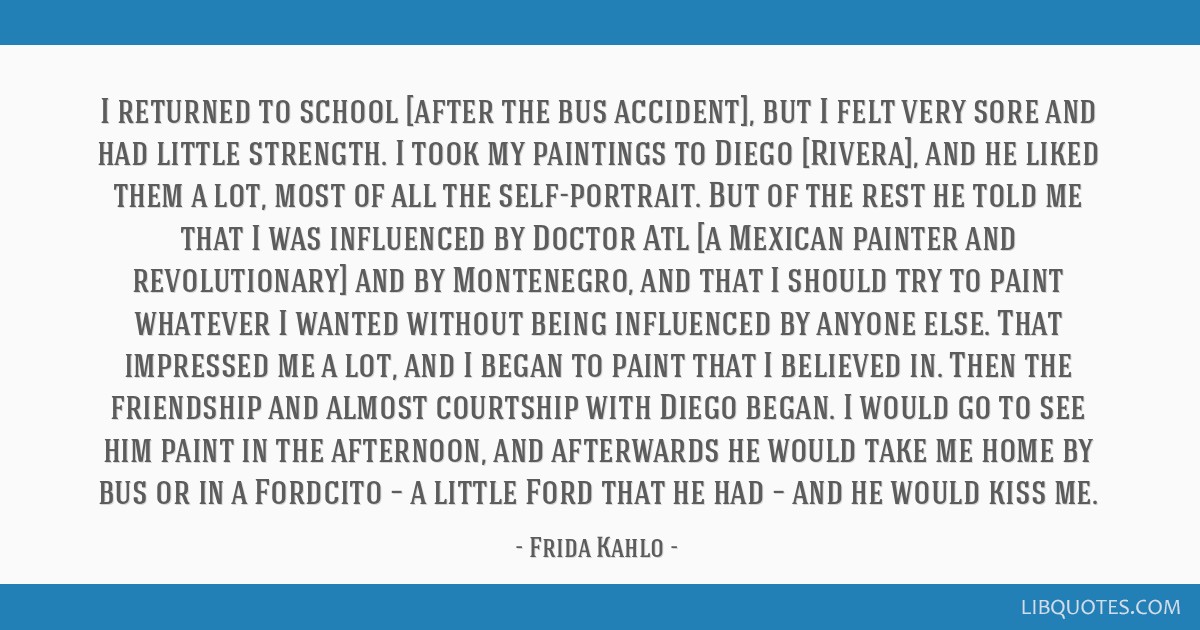 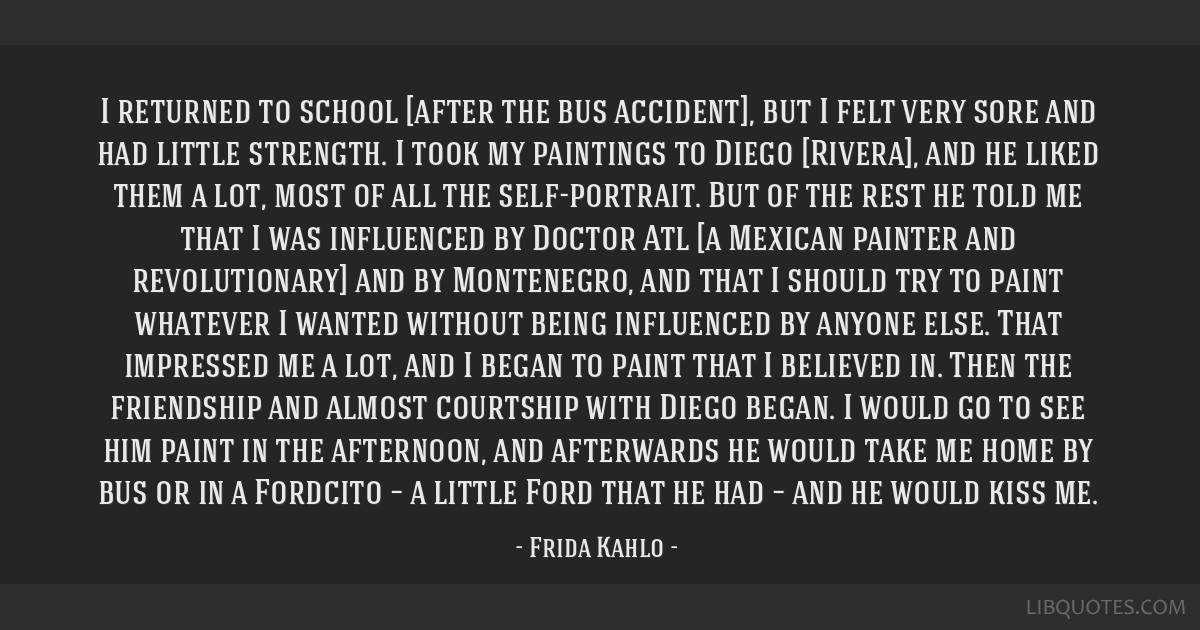 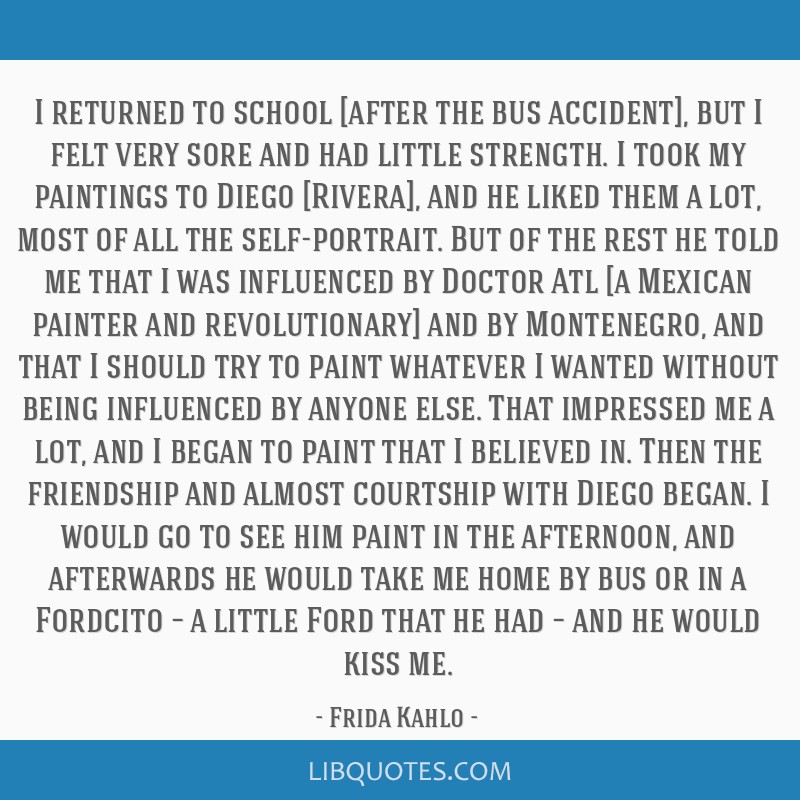 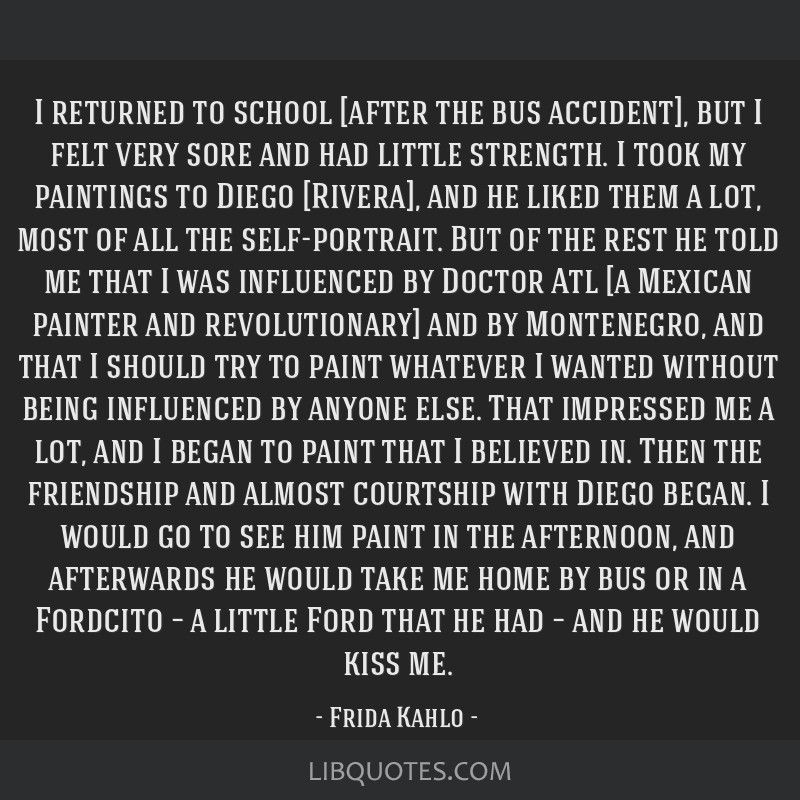 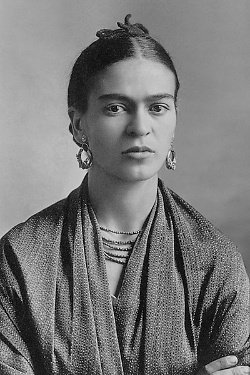