Throughout the world, change is the order of the day. In every Nation economic problems, long in the making, have brought crises of many kinds for which the masters of old practice and theory were unprepared. In most Nations social justice, no longer a distant ideal, has become a definite goal, and ancient Governments are beginning to heed the call.
Thus, the American people do not stand alone in the world in their desire for change. We seek it through tested liberal traditions, through processes which retain all of the deep essentials of that republican form of representative government first given to a troubled world by the United States. 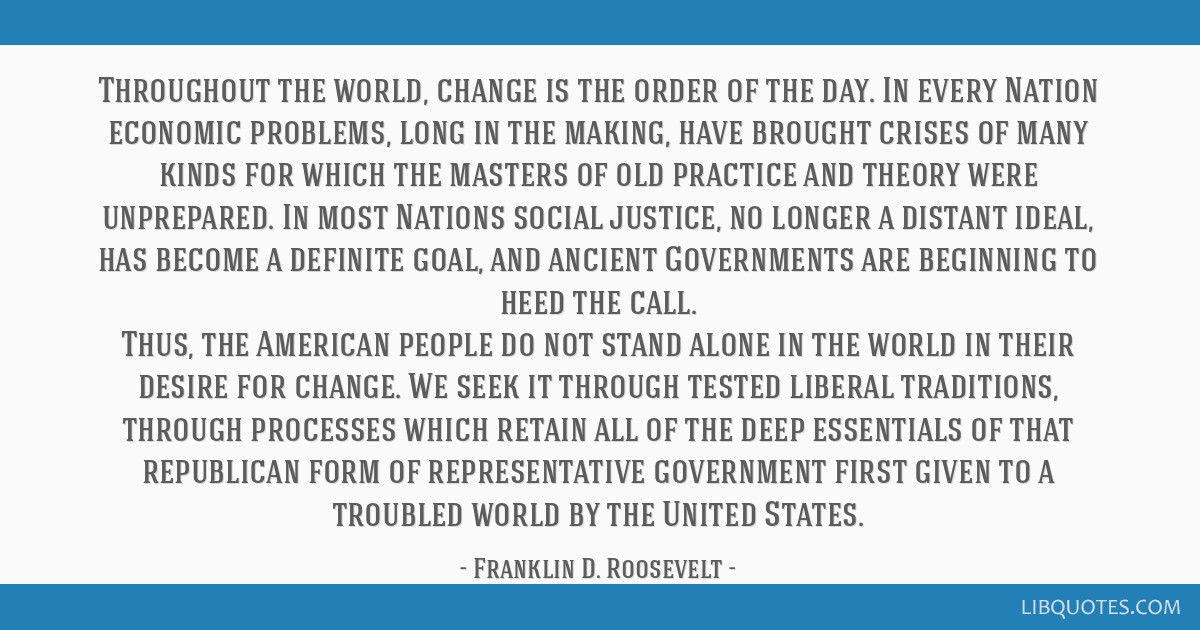 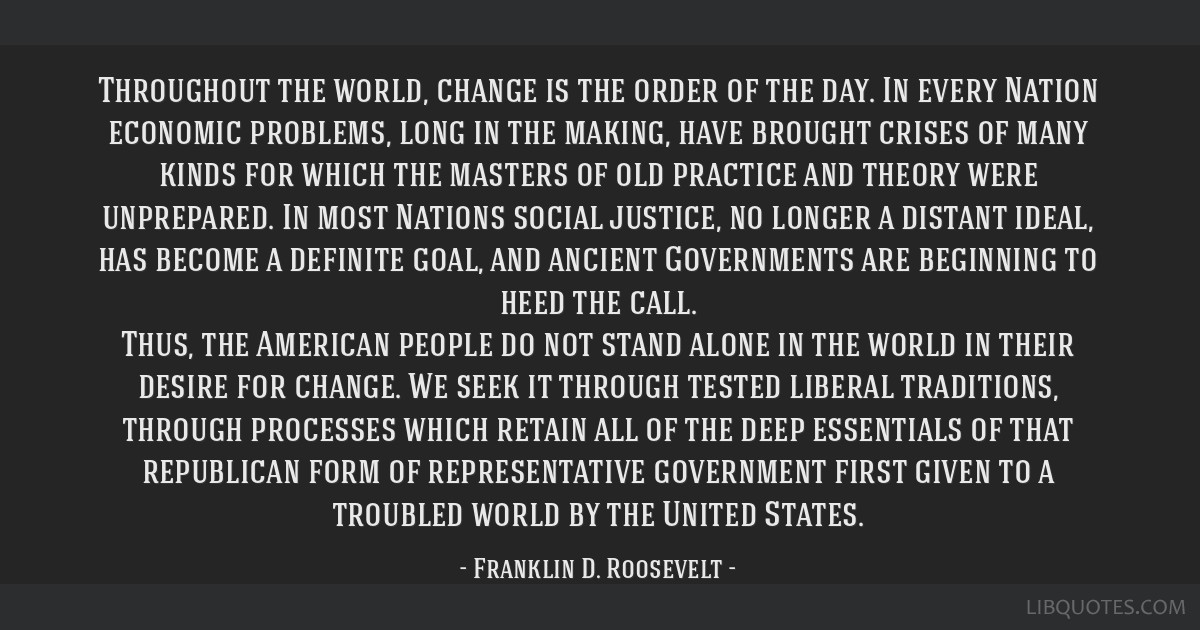 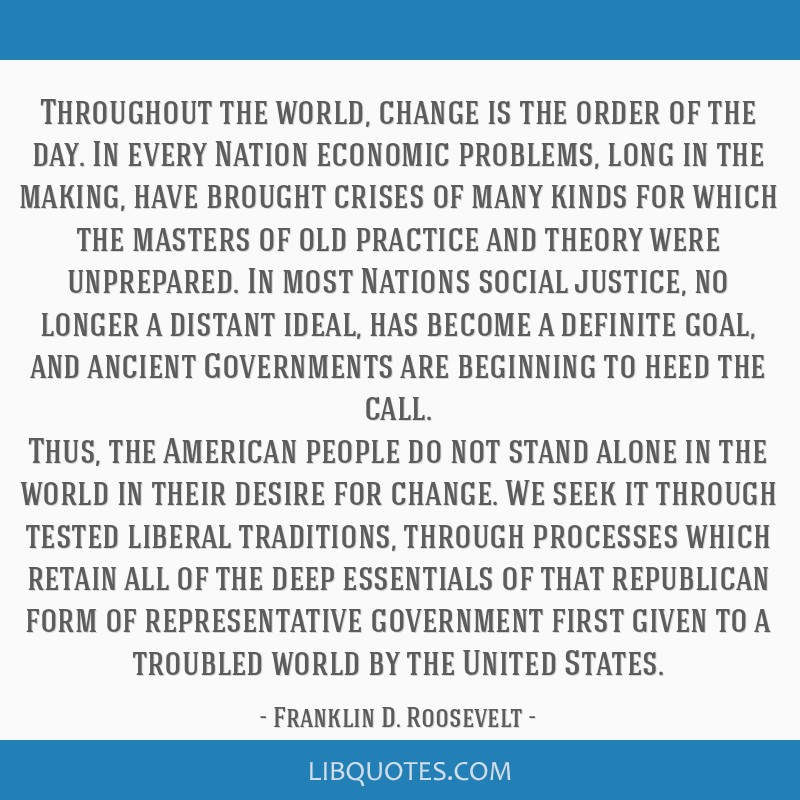 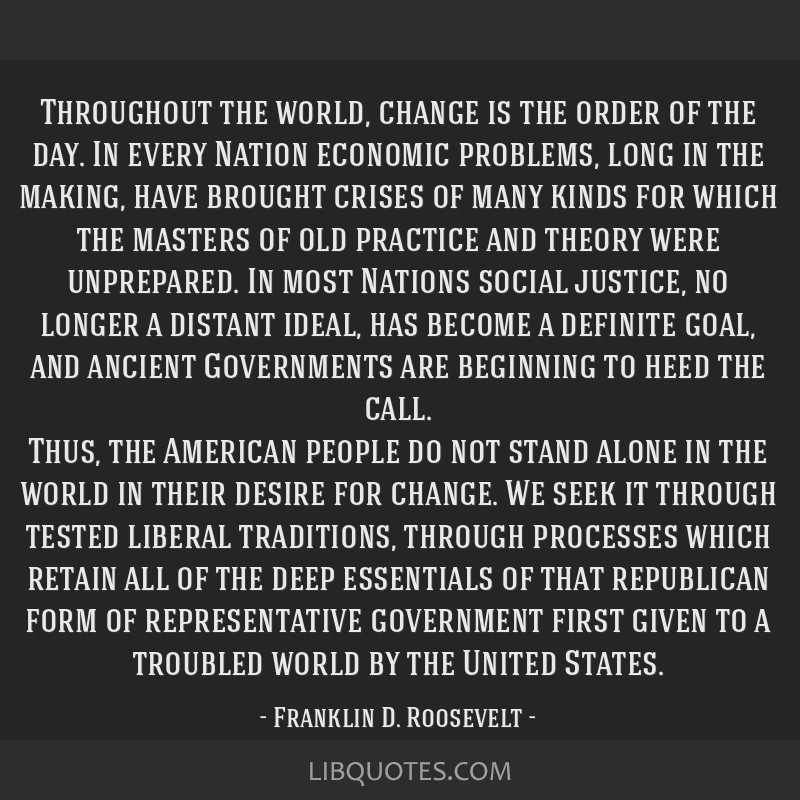 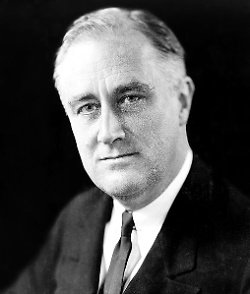