Courage is always admirable, no matter how wrongheaded it is.

Frank Yerby
There's no pain equal to that of being forced to think.

Frank Yerby
That was it, Stephen thought. To live like this—graciously, with leisure to cultivate the tastes and to indulge every pleasure—a man must be free of labor. Leave the work for the blacks. Breed a new generation of aristocrats.

Frank Yerby
Life commences not with birth, but with the onslaught of awareness.

Frank Yerby
For I suspect that maturity's reached the day we don't need to be lied to about anything, when we can accept, or at least endure, truth's atrociously appalling ugliness!

Frank Yerby
Oppression is never right, even when it is elegant.

Frank Yerby
Writing a novel is like building a wall brick by brick: only amateurs believe in inspiration.

Frank Yerby
He [Hwesu] approached the conviction that all men came to, soon, or late: that why is an unanswerable word: that there are no solutions to anything in life. And having almost reached that immense, empty horizon-stretching, utterly barren plateau of always unacceptable truth, he was silent, making of his no answer perhaps the answer. For silence at least has dignity.

Frank Yerby
Life puts no greater burdens upon a man than the necessity of making decisions.

Frank Yerby
It is my contention that a really great novel is made with a knife and not a pen. A novelist must have the intestinal fortitude to cut out even the most brilliant passage so long as it doesn't advance the story. 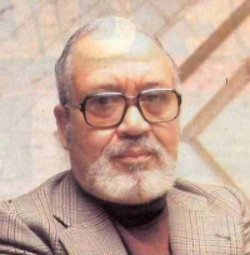 Wikipedia
Born: September 5, 1916
Died: November 29, 1991 (aged 75)
Bio: Frank Garvin Yerby was an African-American historical novelist. He is best known as the first African-American writer to have become a millionaire from his pen and to have had a book purchased by a Hollywood studio for a film adaptation.
Known for: