[Why do animals] undergo in the course of their growth a series of complicated changes, during which they acquire organs which have no function, and which, after remaining visible for a short time, disappear without leaving a trace... The explanation of such facts is obvious. The stage when the tadpole breathes by gills is a repetition of the stage when the ancestors of the frog had not advanced in the scale of development beyond a fish. 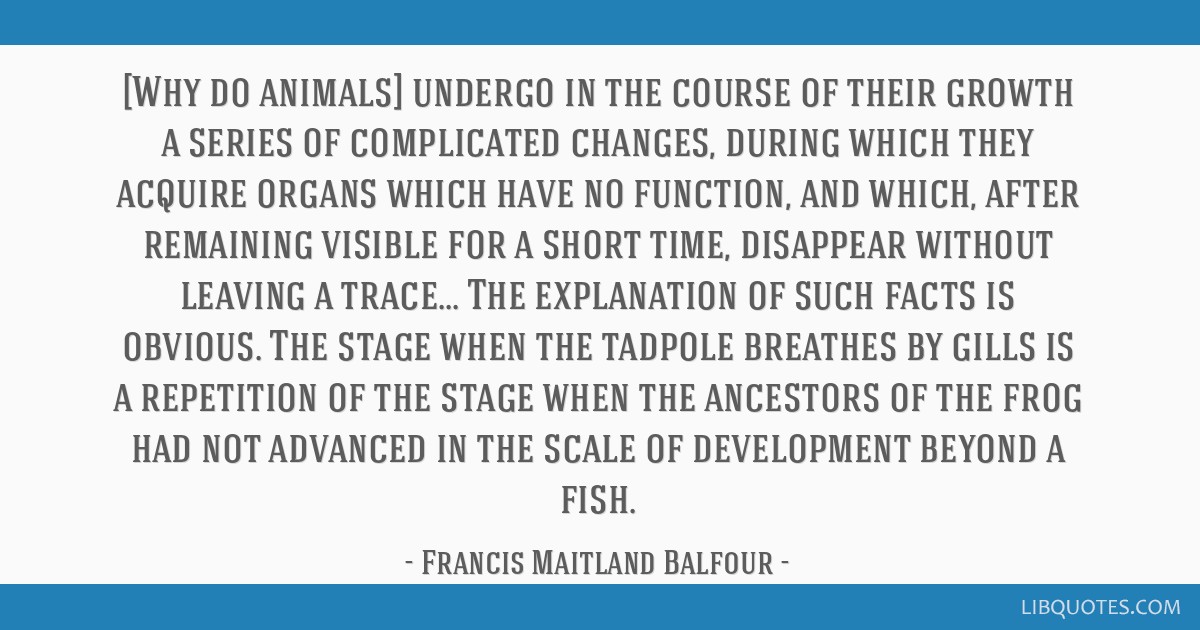 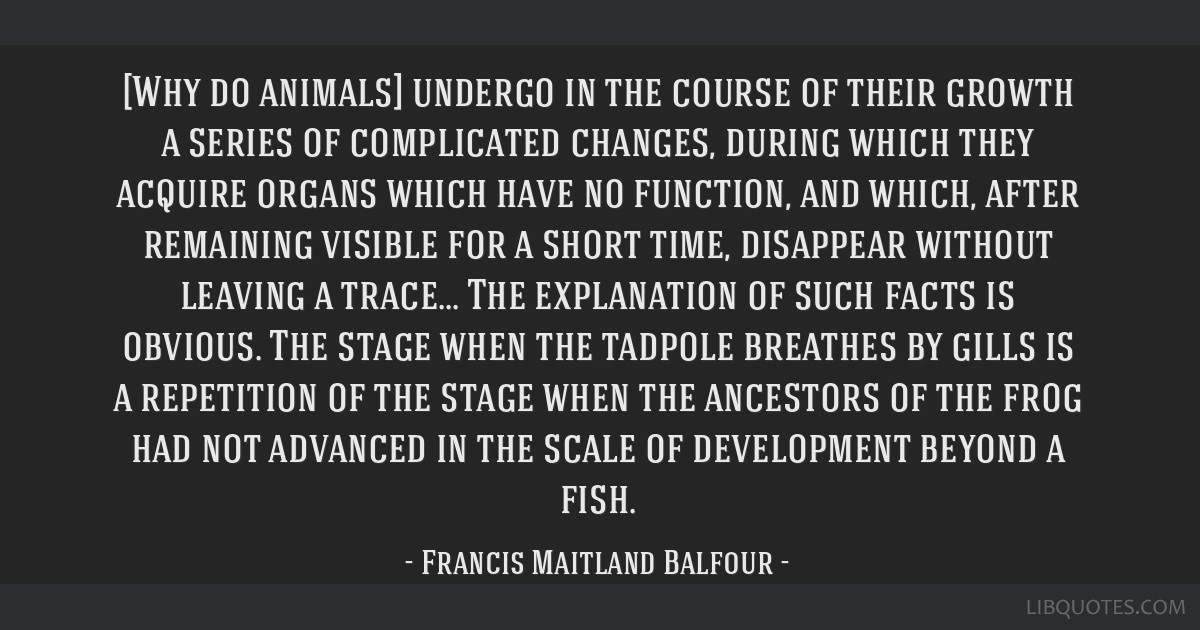 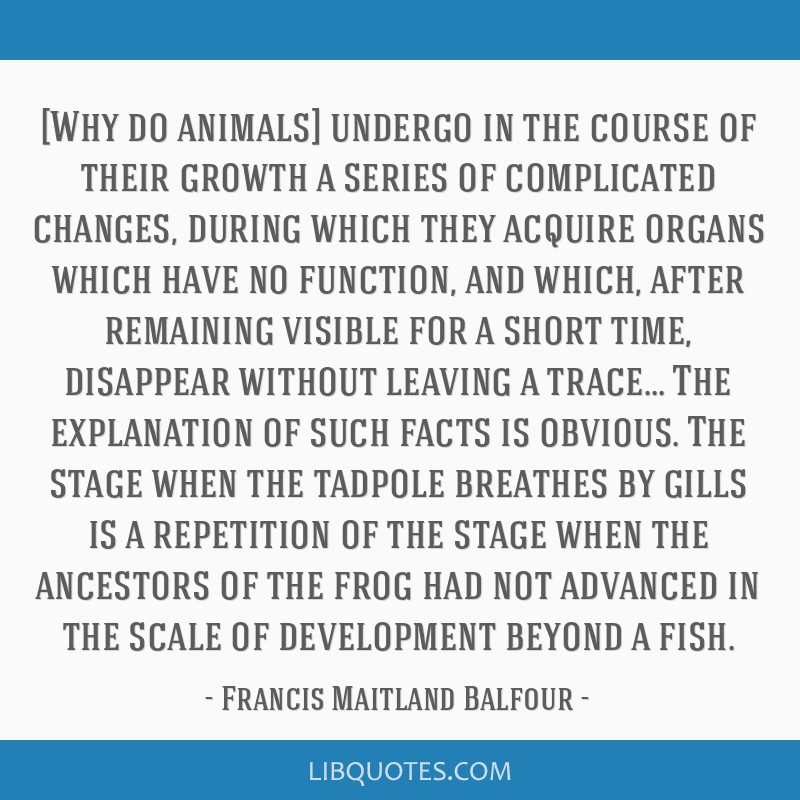 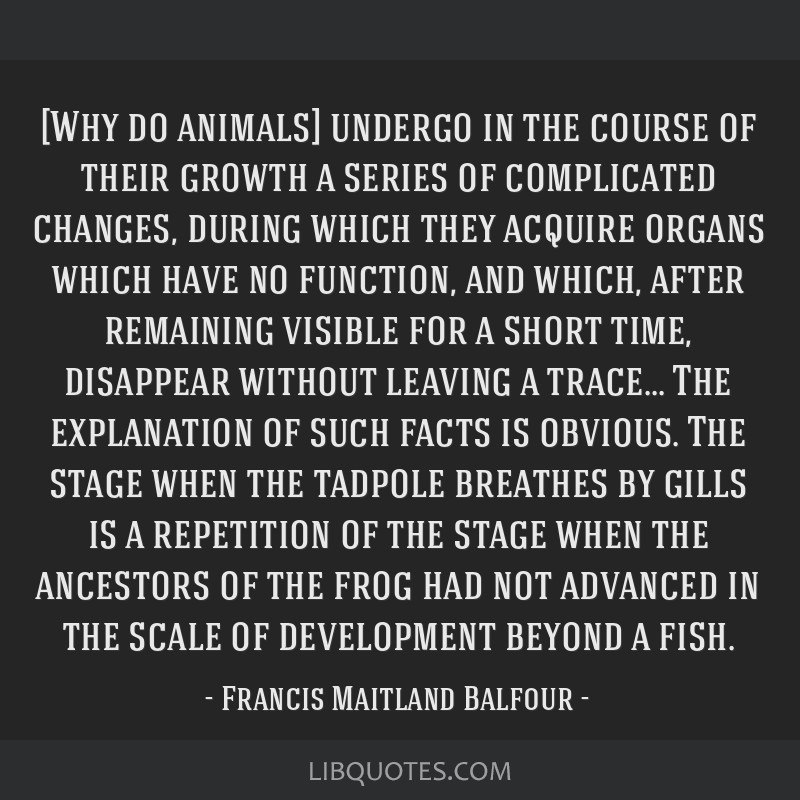 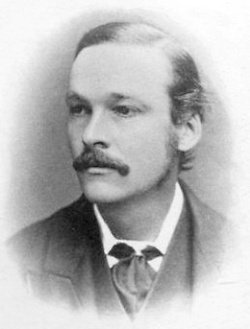