The publication in 1859 of the Origin of Species by Charles Darwin made a marked epoch in my own mental development, as it did in that of human thought generally. Its effect was to demolish a multitude of dogmatic barriers by a single stroke, and to arouse a spirit of rebellion against all ancient authorities whose positive and unauthenticated statements were contradicted by modern science. 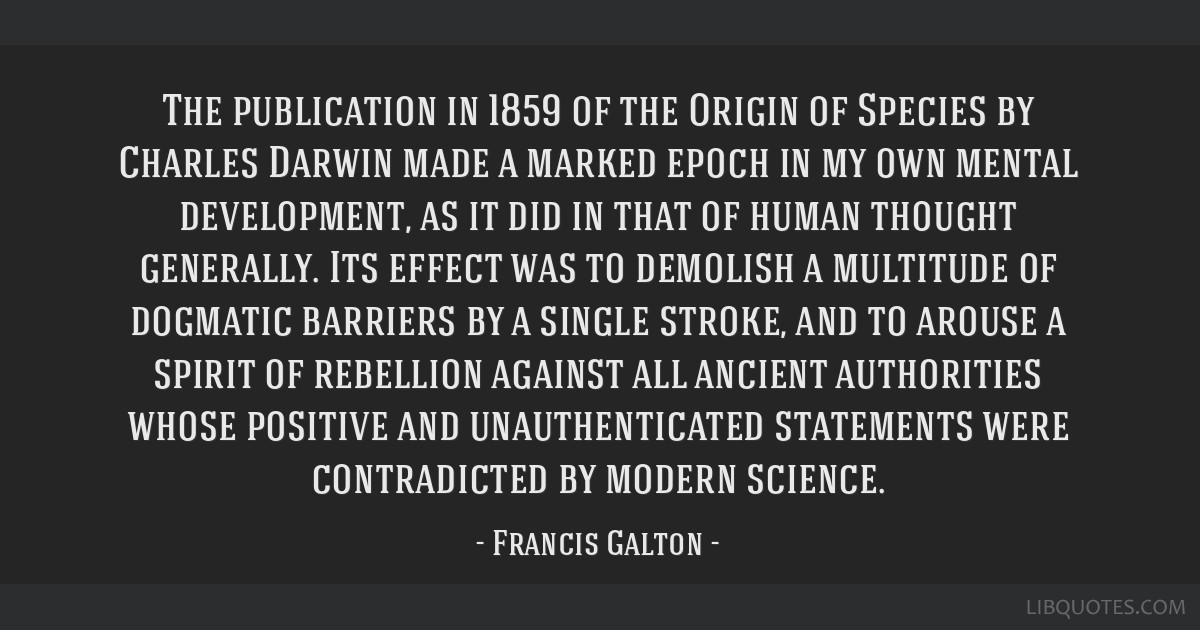 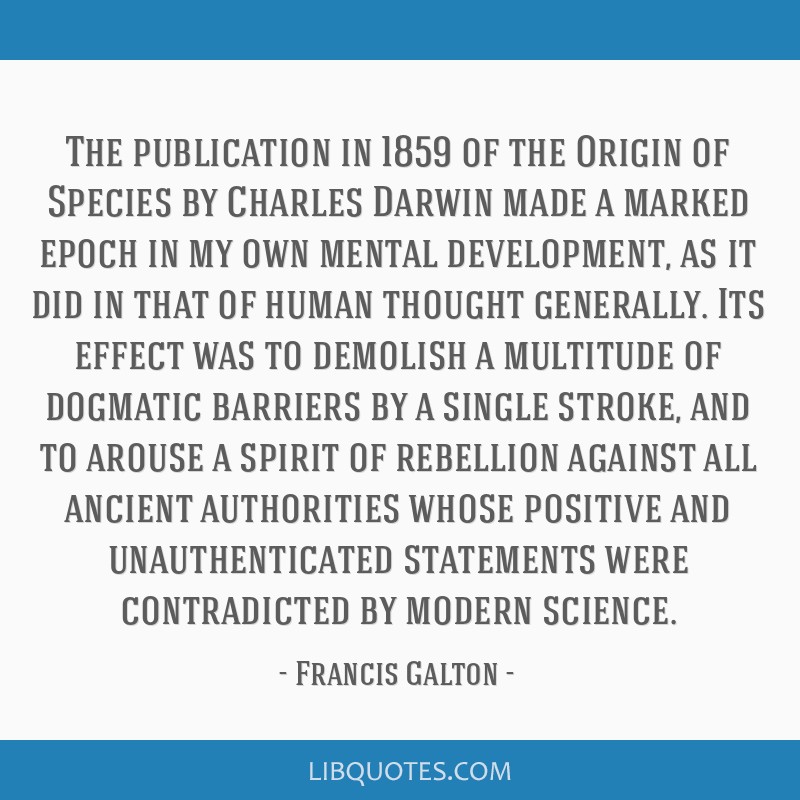 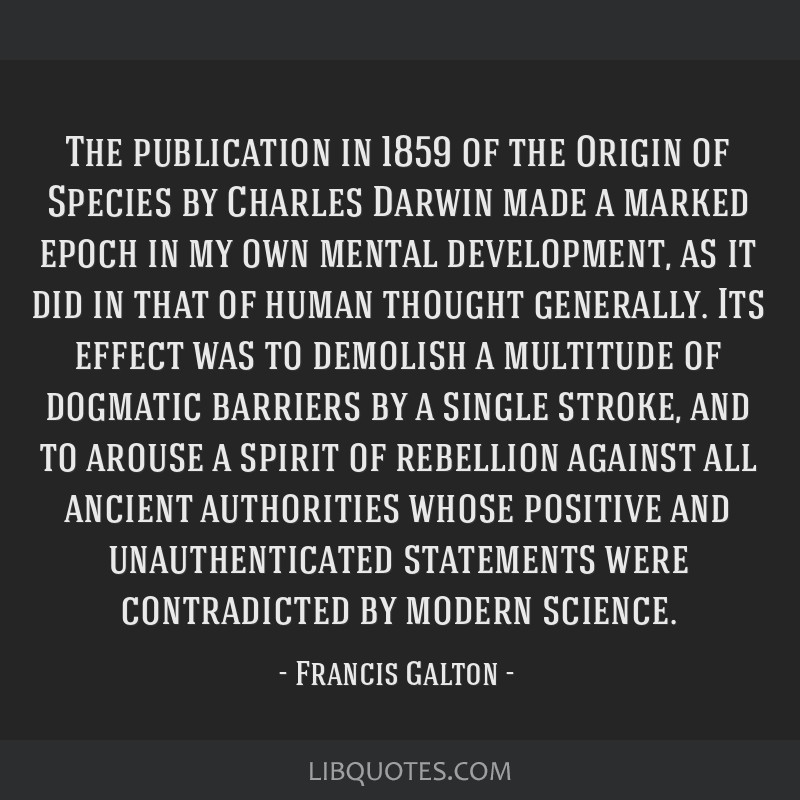 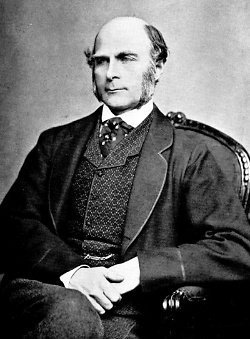