Coming up unto them, there has passed some cannon shot between some of our fleet and some of them, and so far as we perceive they are determined to sell their lives with blows. … This letter honorable good Lord, is sent in haste. The fleet of Spaniards is somewhat above a hundred sails, many great ships; but truly, I think not half of them men-of-war. Haste. 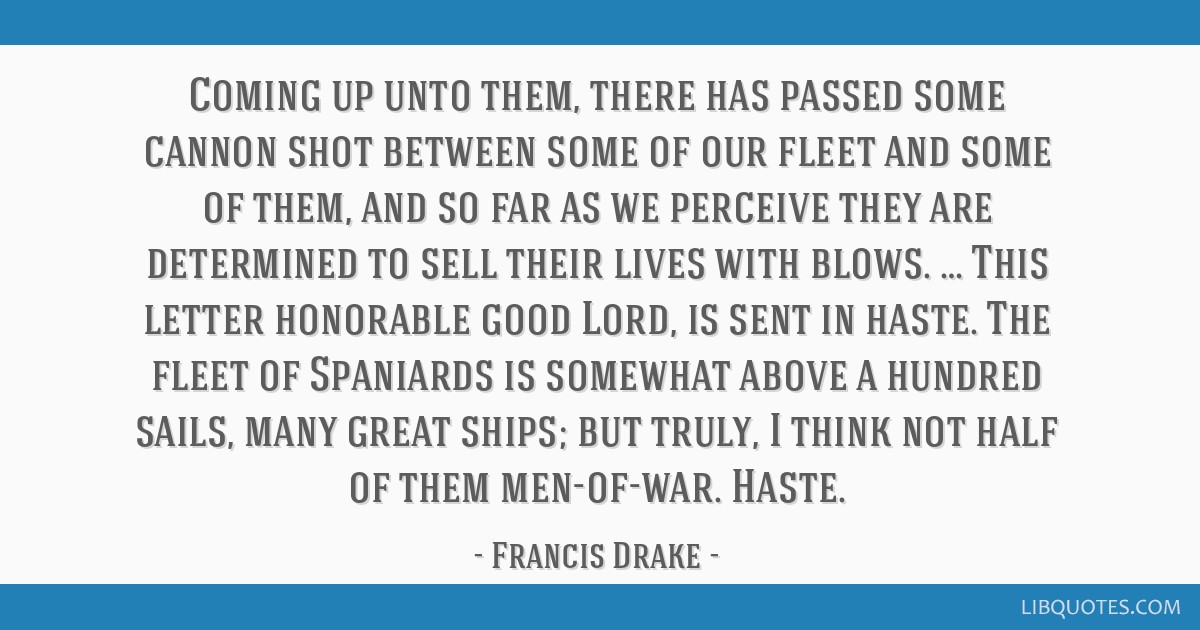 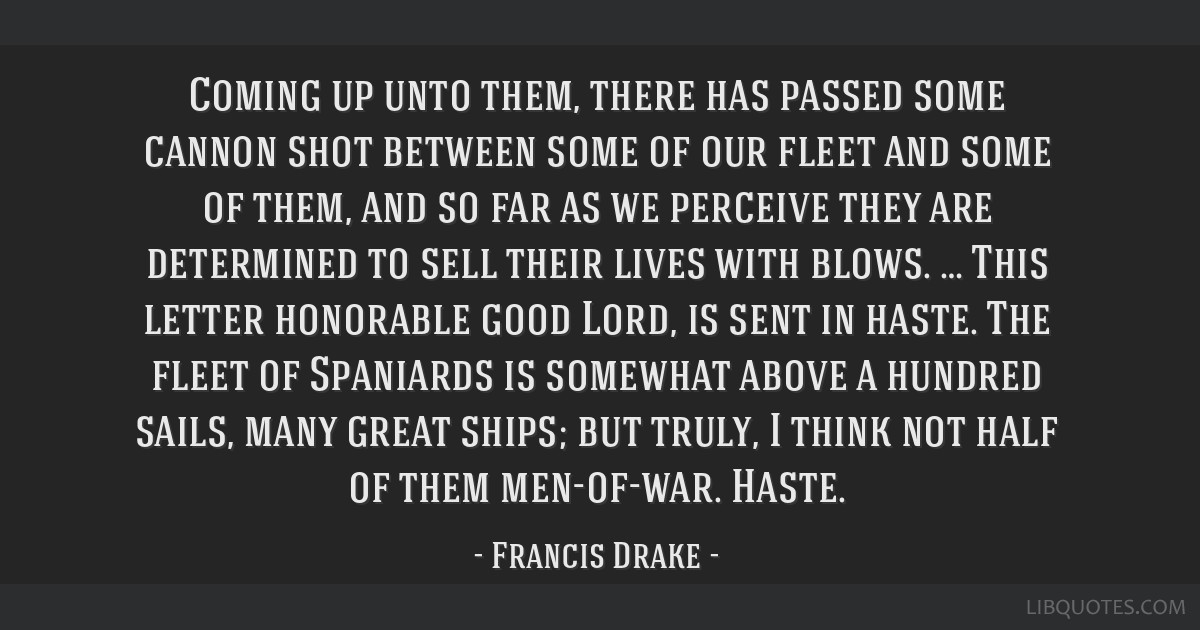 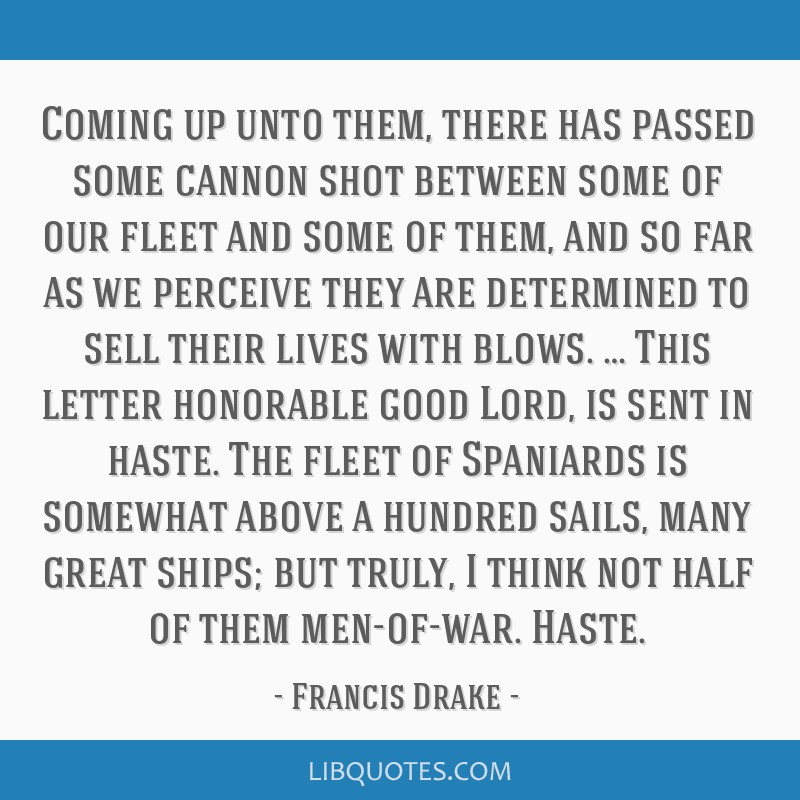 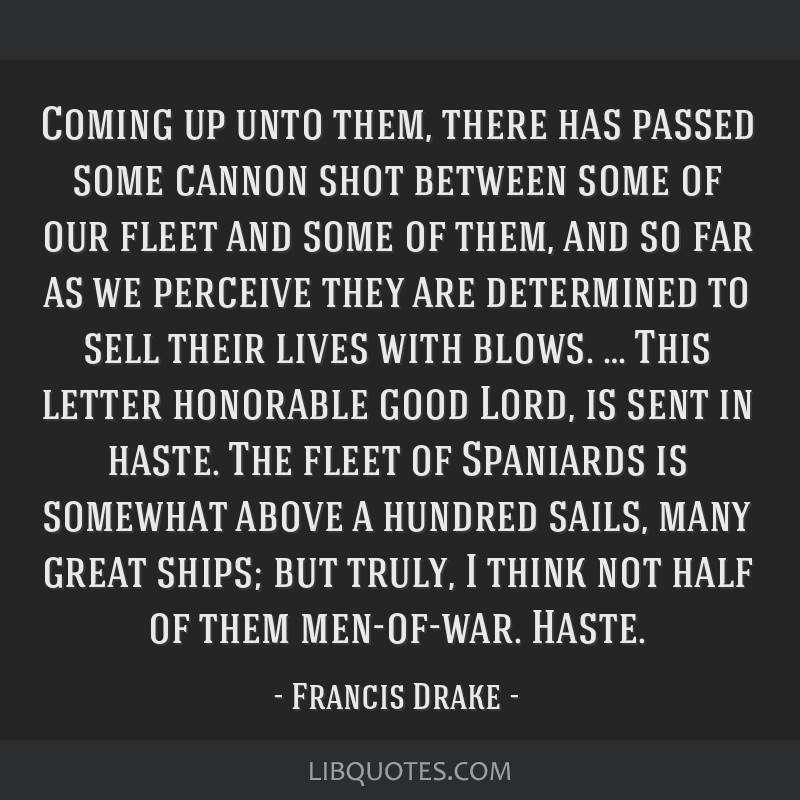 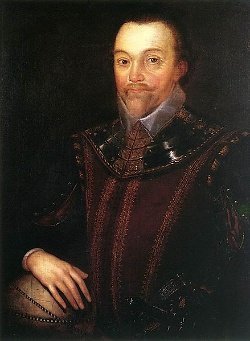