Out of our first century of national life we evolved the ethical principle that it was not right or just that an honest and industrious man should live and die in misery. He was entitled to some degree of sympathy and security. Our conscience declared against the honest workman's becoming a pauper, but our eyes told us that he very often did. 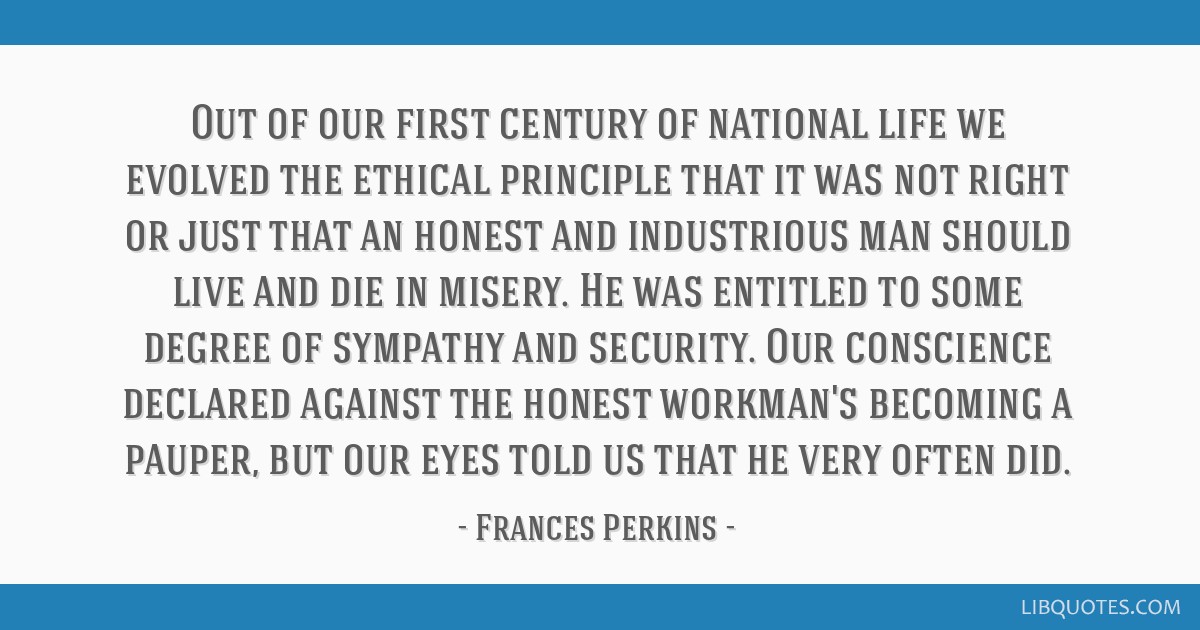 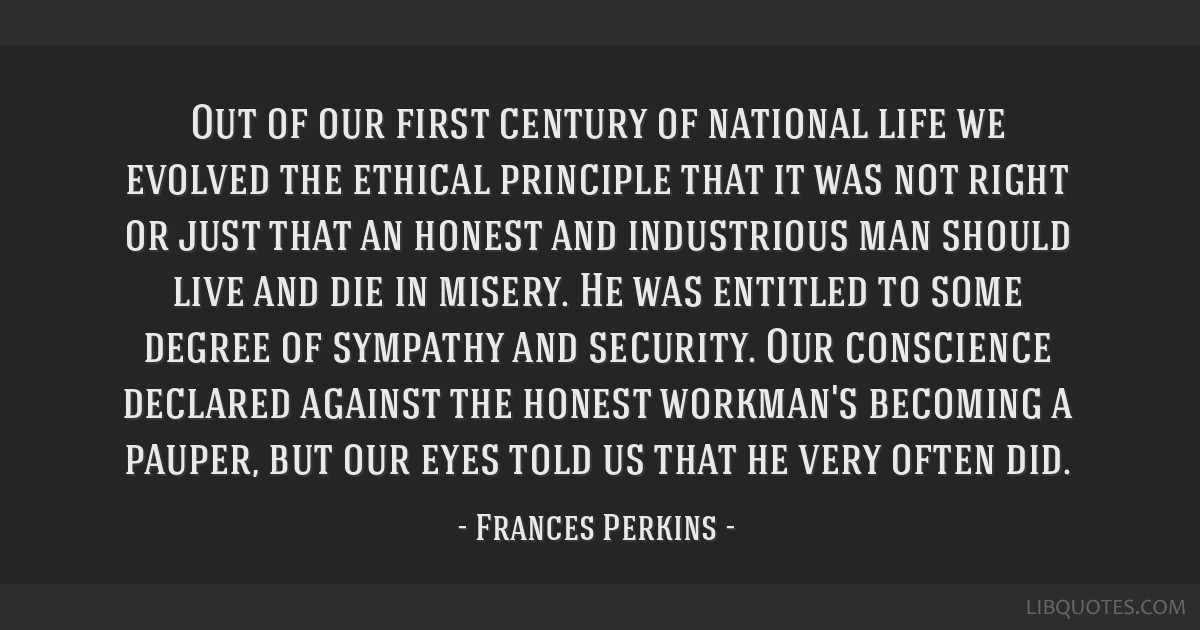 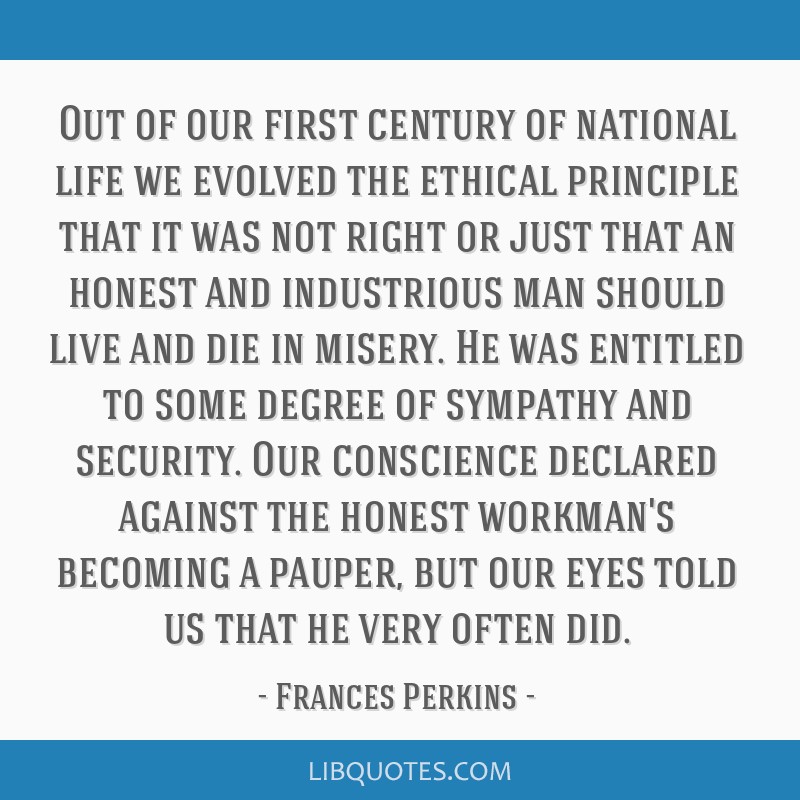 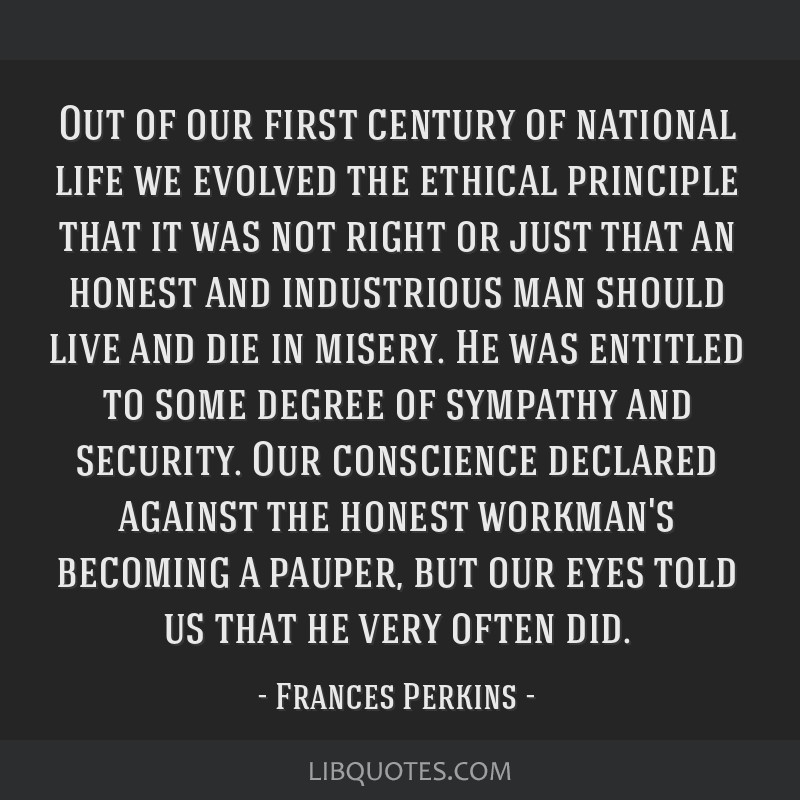 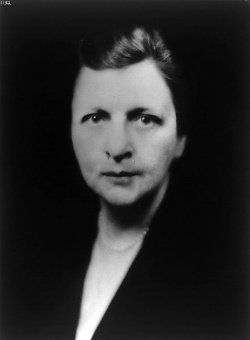