At this time there was a wise man who was called Jesus. And his conduct was good, and he was known to be virtuous. And many people from among the Jews and the other nations became his disciples. Pilate condemned Him to be crucified to die. And those who had become his disciples did not abandon his discipleship. They reported that He had appeared to them three days after his crucifixion and that He was alive.

An Arabic version of the Testimonium Flavianum and its implications (ed. 1971) 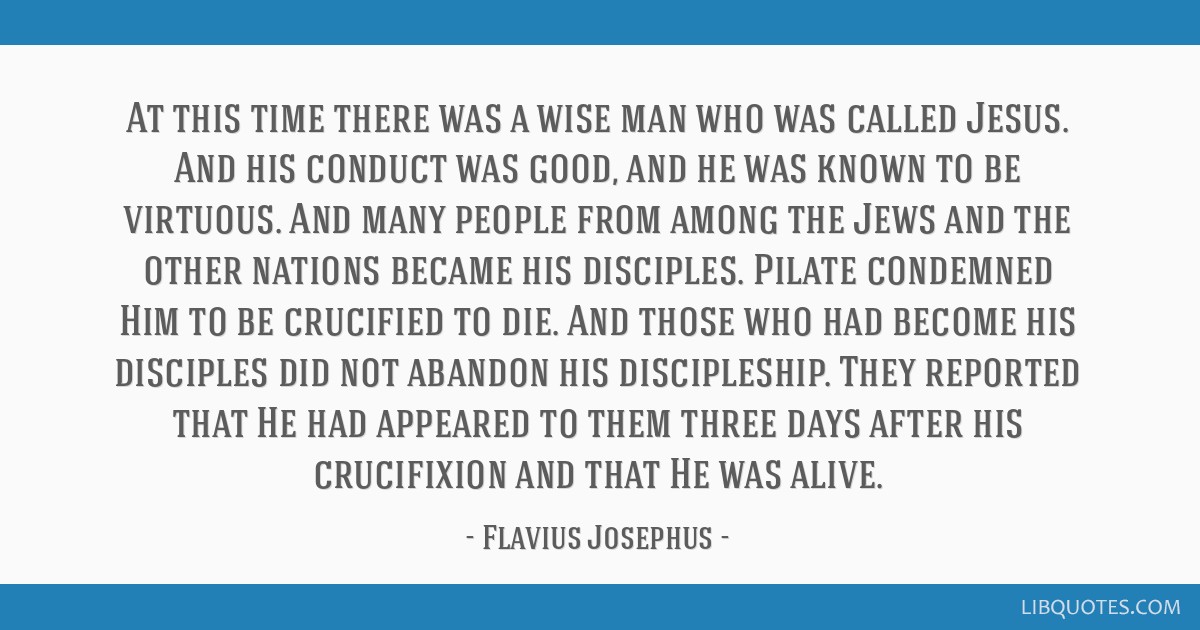 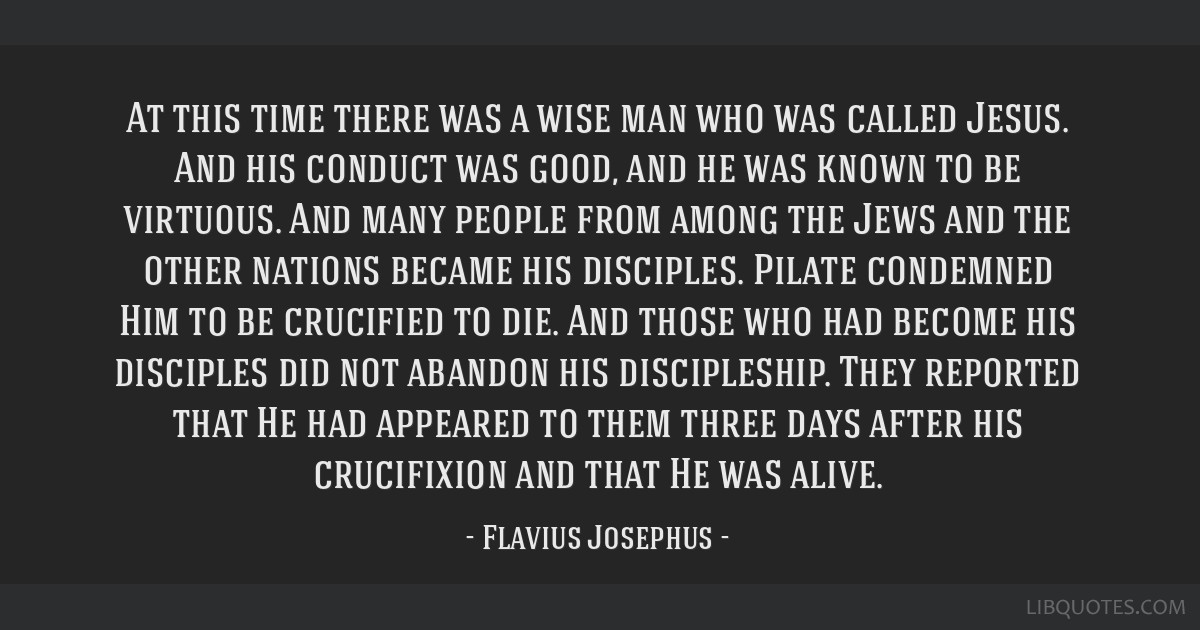 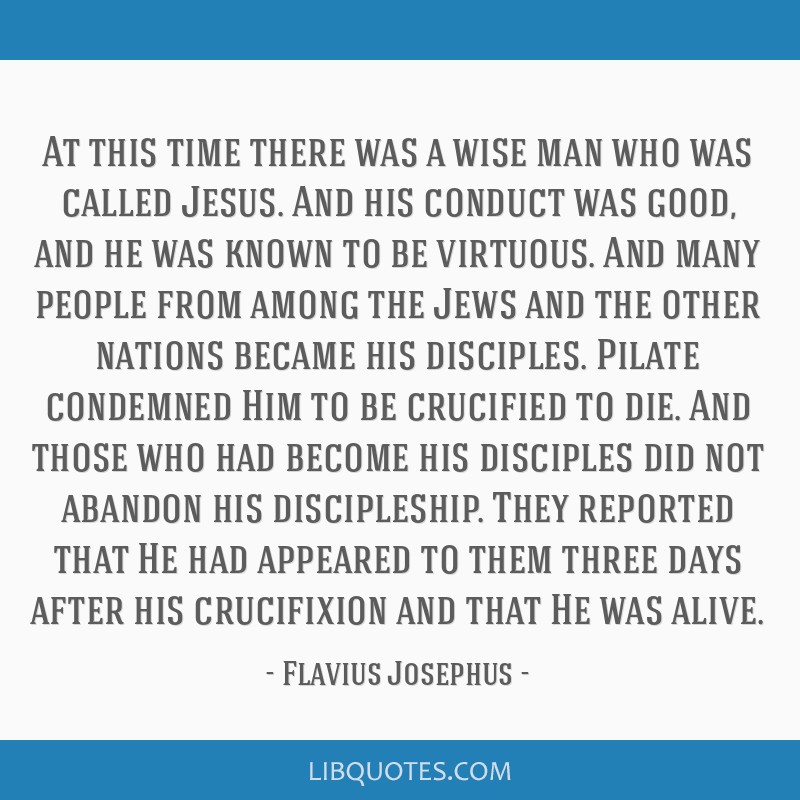 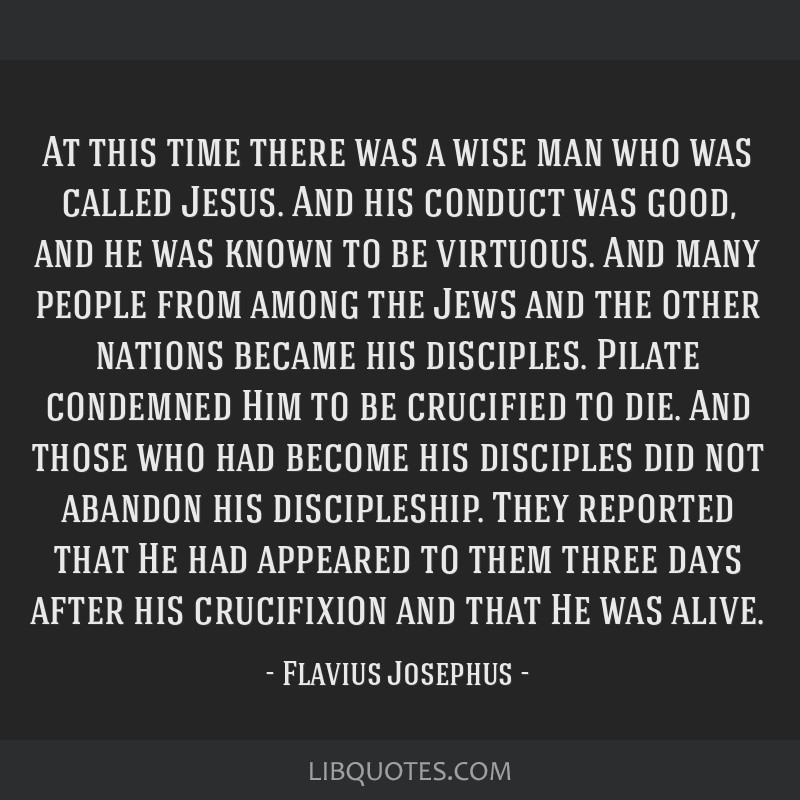 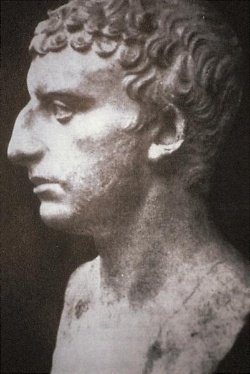