The House is composed of very good men, not shining, but honest and reasonably well-informed, and in time they will be found to improve, and not to be much inferior in eloquence, science, and dignity, to the British Commons. They are patriotic enough, and I believe there are more stupid (as well as more shining) people in the latter, in proportion. 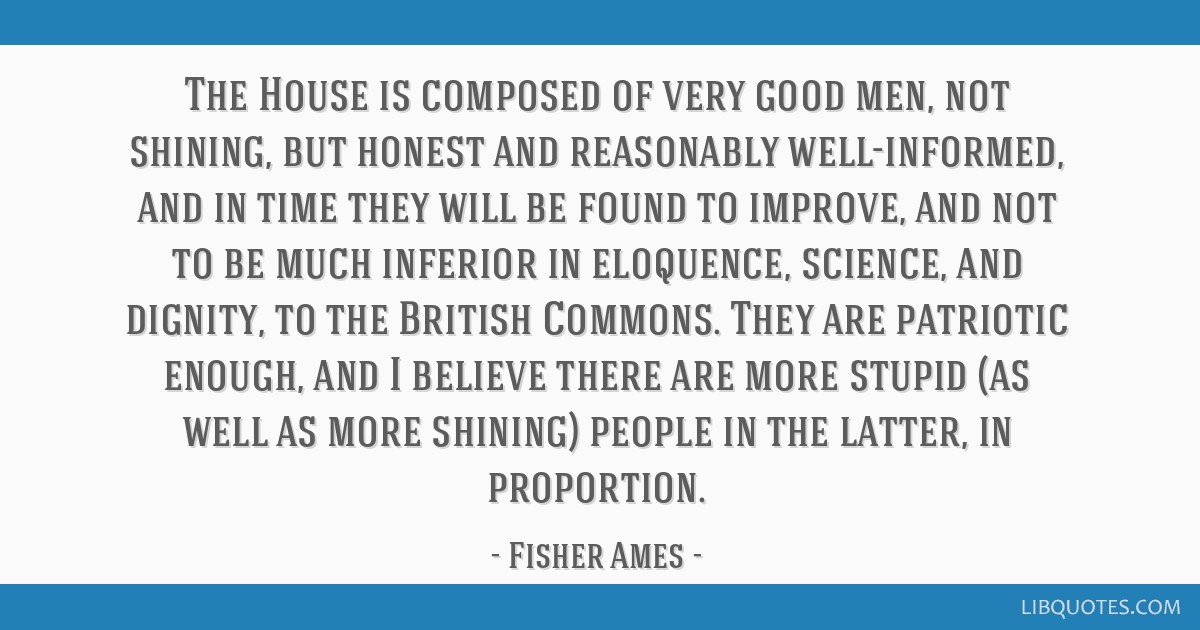 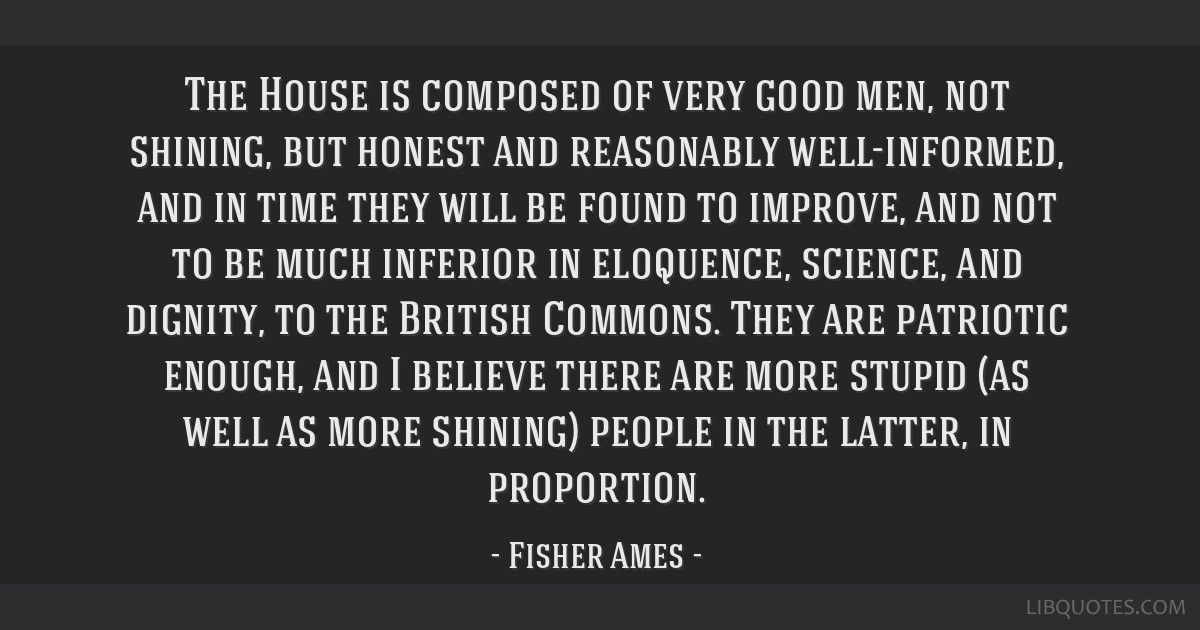 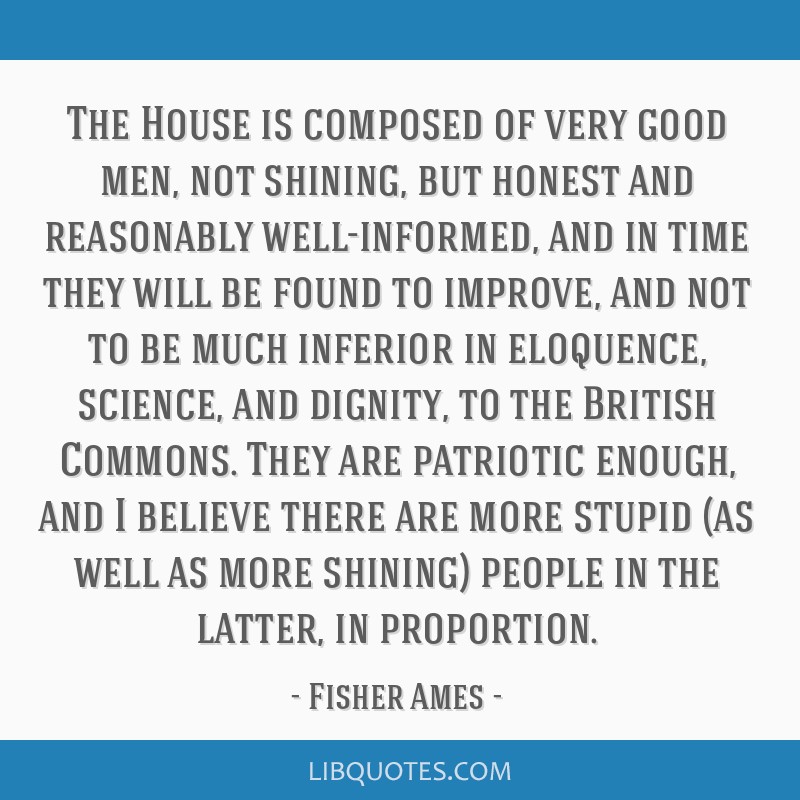 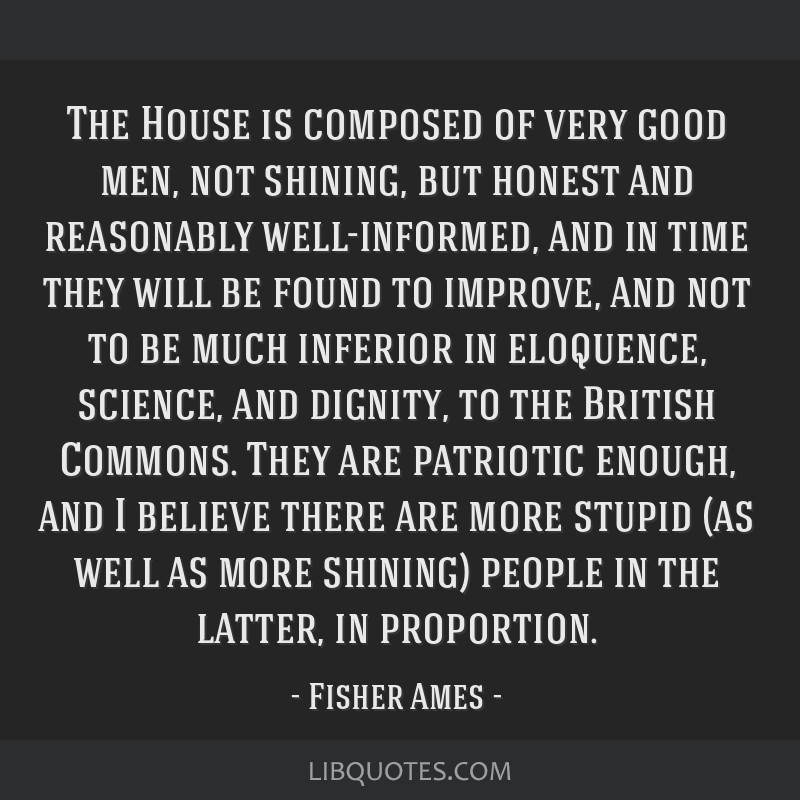 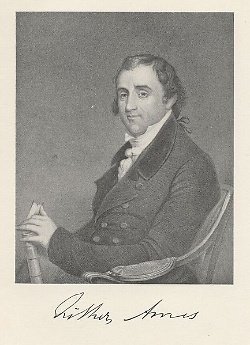