Psychologically our thought-apart from its expression in words-is only a shapeless and indistinct mass. Philosophers and linguists have always agreed in recognizing that without the help of signs we would be unable to make a clear-cut, consistent distinction between two ideas. Without language, thought is a vague, uncharted nebula. here are no pre-existing ideas, and nothing is distinct before the appearance of language. 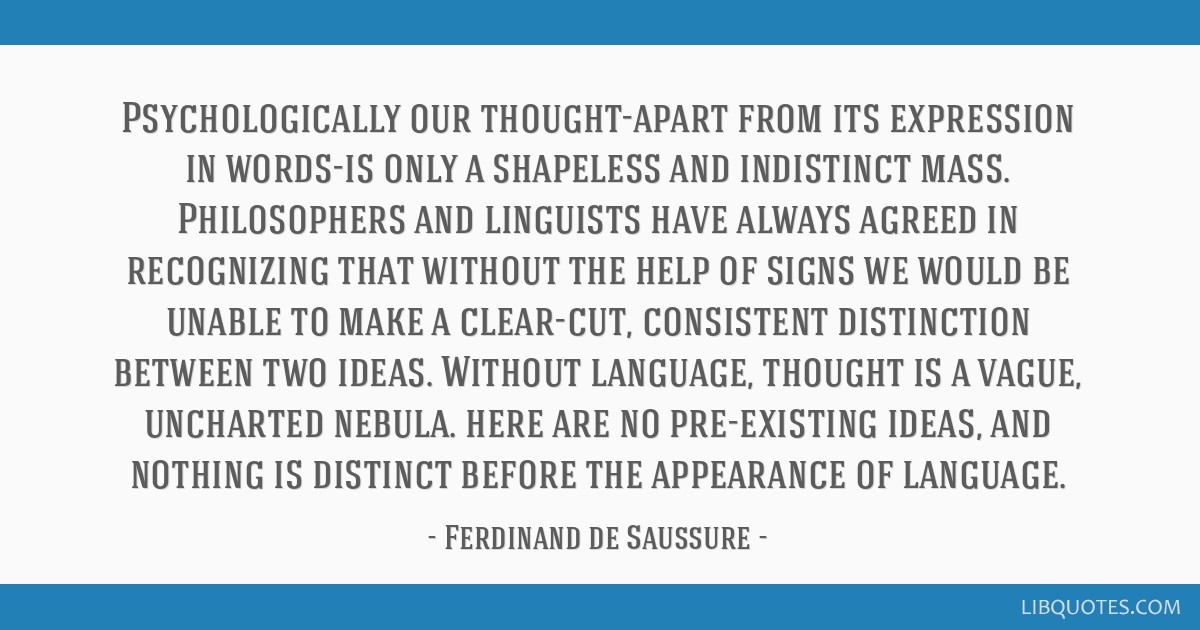 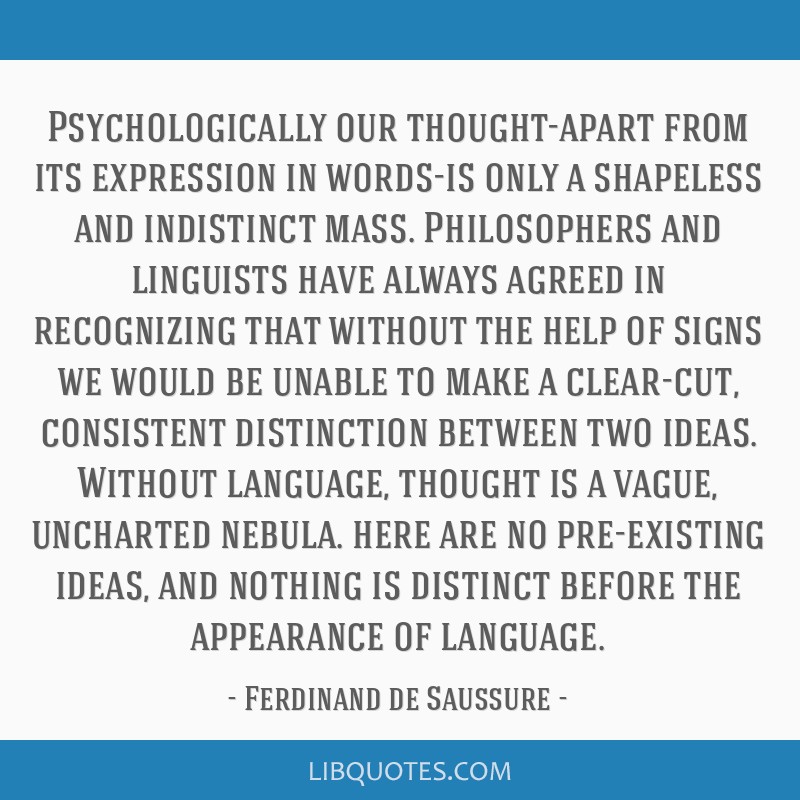 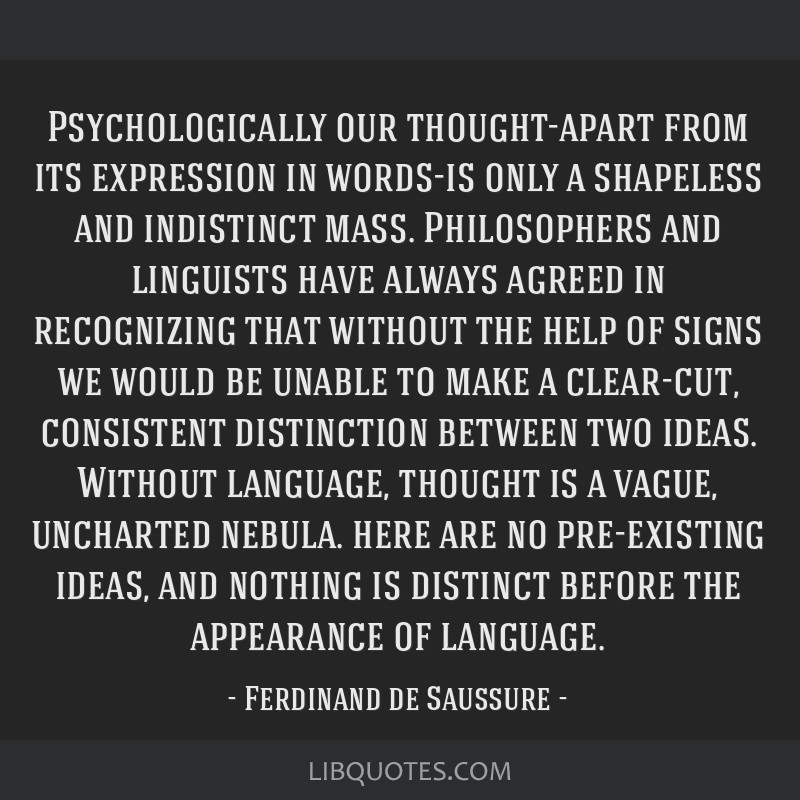 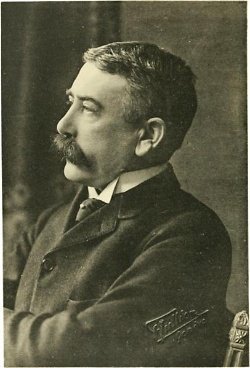