In her opinion, Alexander Graham Bell and Clarence Birdseye are the two greatest Americans that ever lived excluding Robert E. Lee. She believes we never lost the War Between the States, that General Lee thought General Grant was the butler and just naturally handed him his sword. 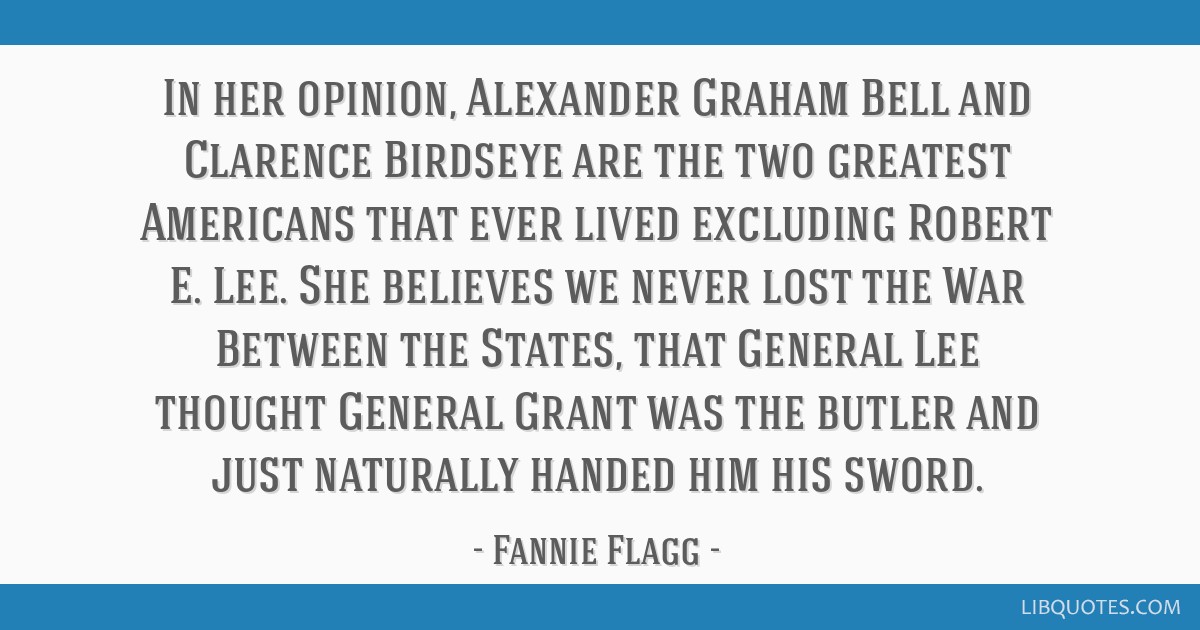 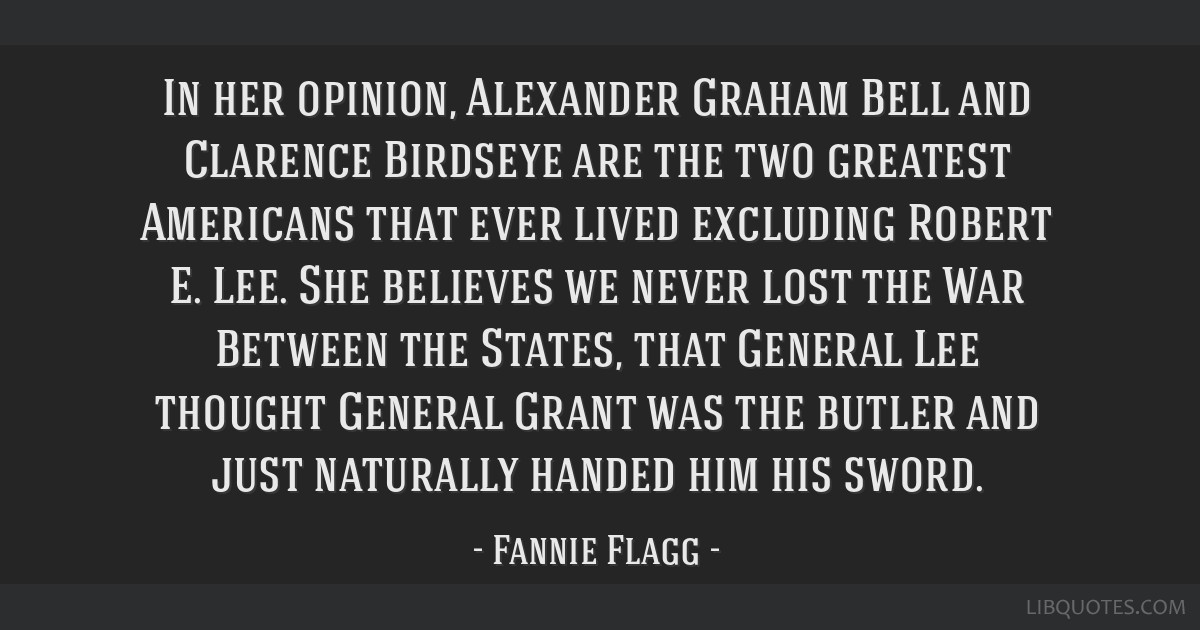 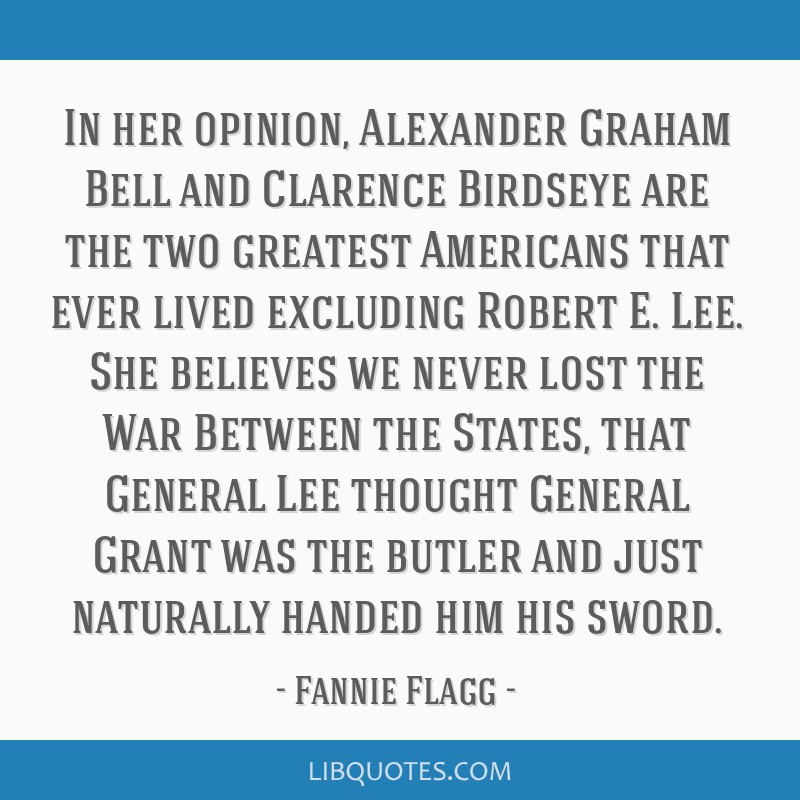 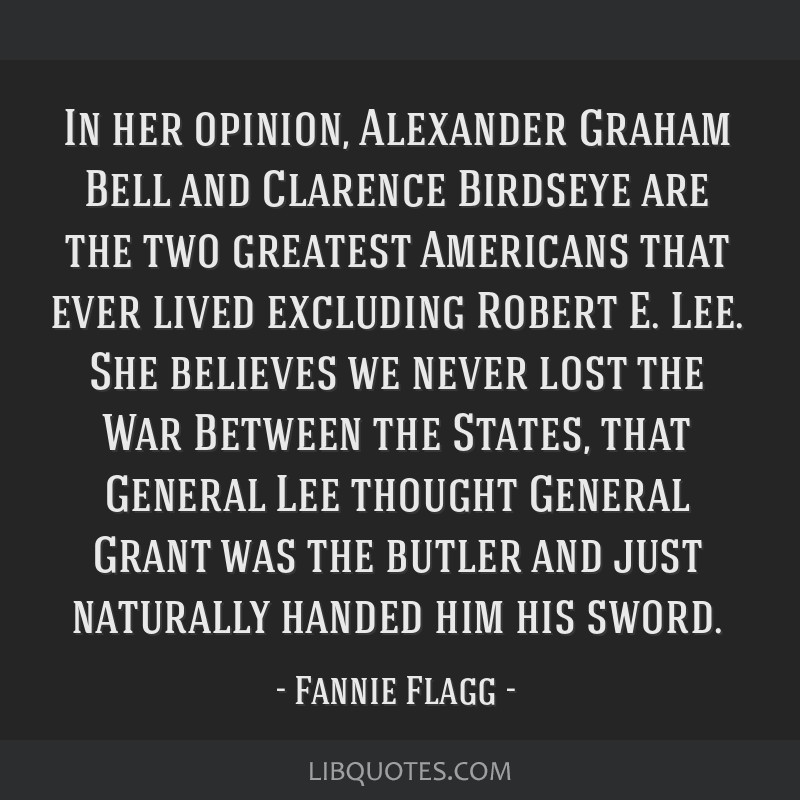 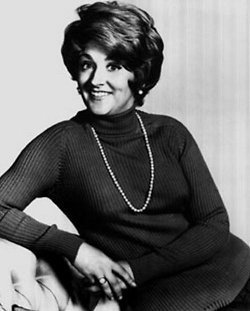