I should consent to breed under pressure, if I were convinced in any way of the reasonableness of reproducing the species. But my nerves and the nerves of any woman I could live with three months, would produce only a victim... lacking in impulse, a mere bundle of discriminations. If I were wealthy I might subsidize a stud of young peasants, or a tribal group in Tahiti. 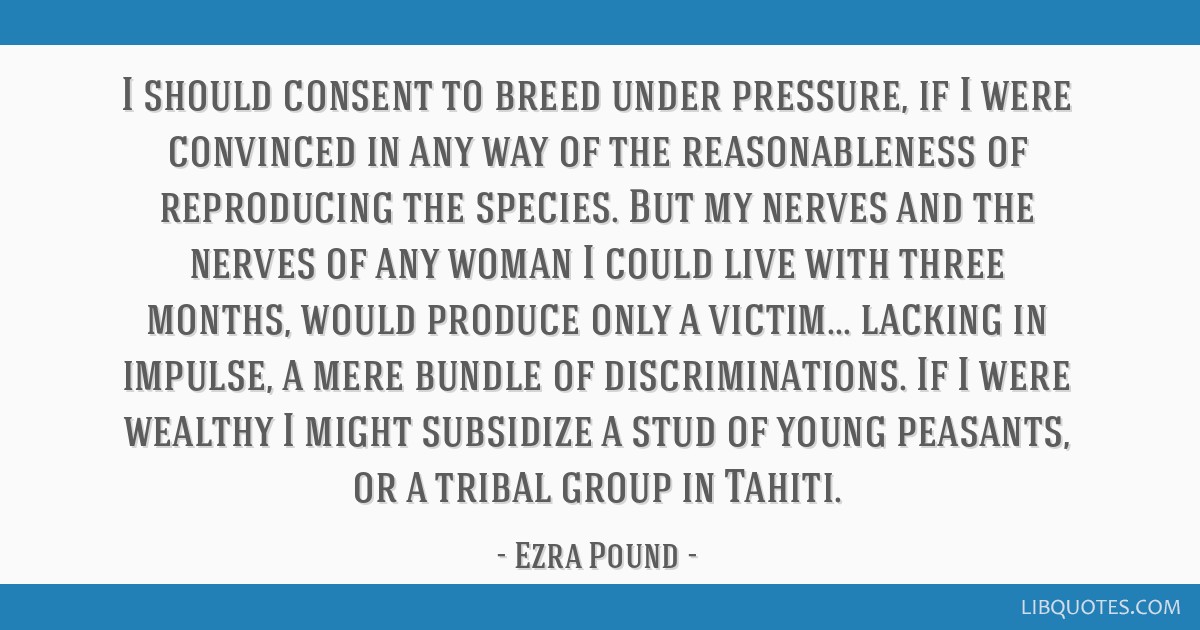 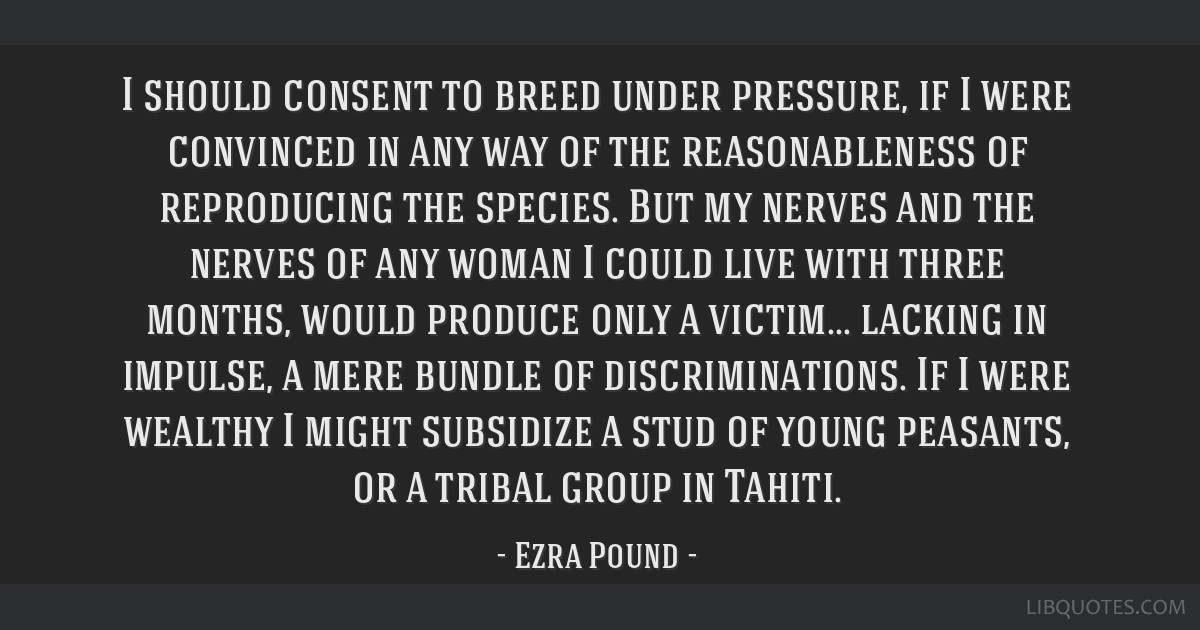 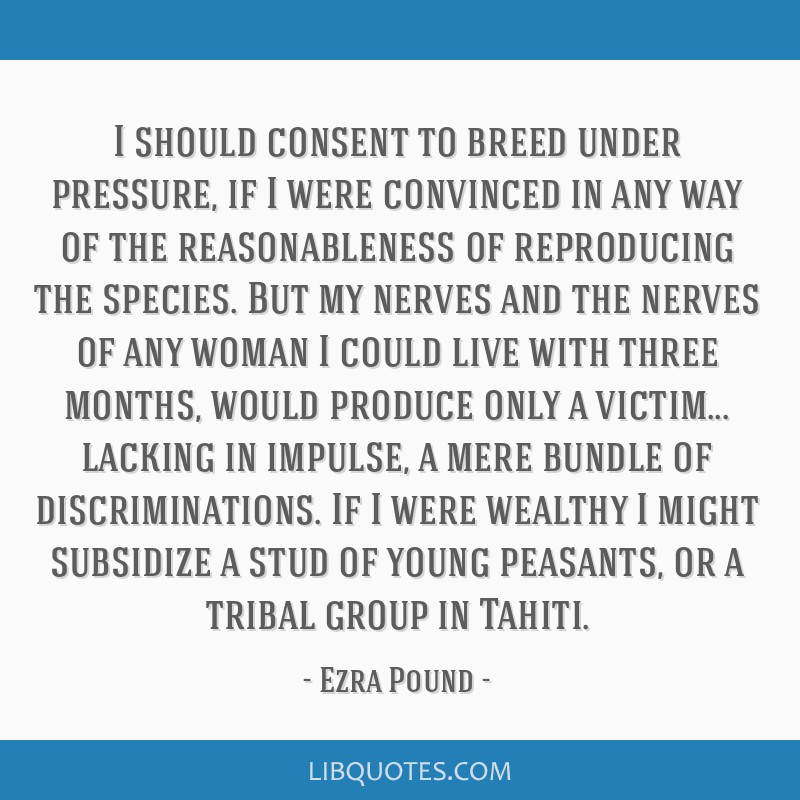 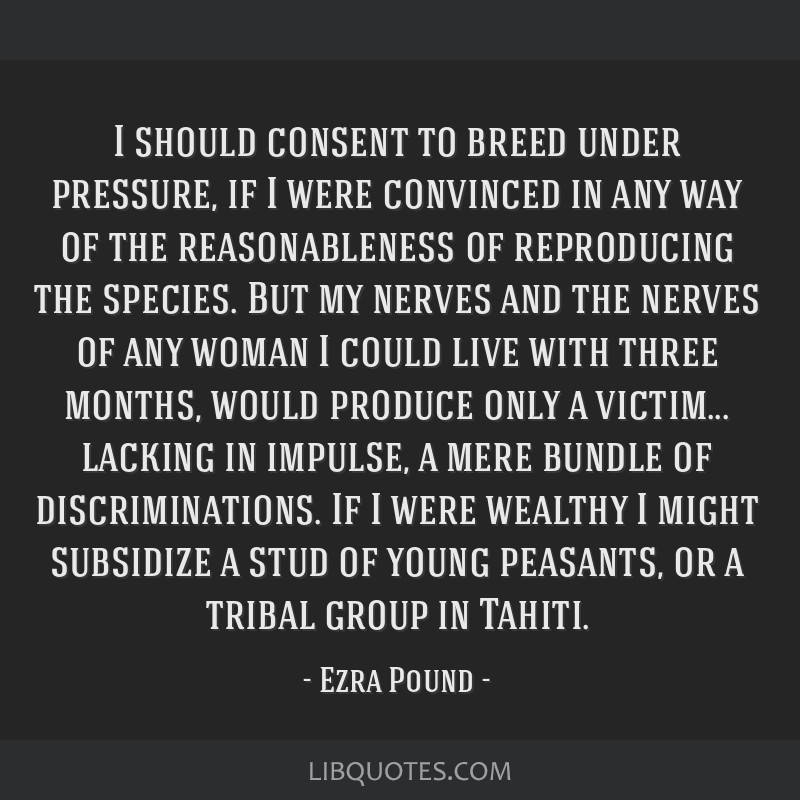 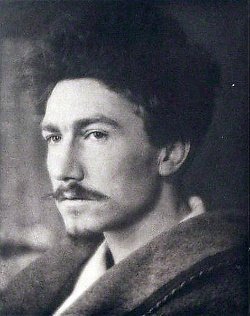