One winter morning Peter woke up and looked out the window. Snow had fallen during the night. It covered everything as far as he could see. 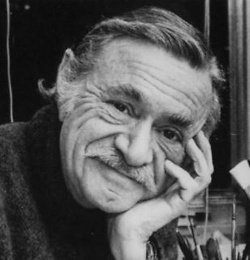 Wikipedia
Born: March 11, 1916
Died: May 6, 1983 (aged 67)
Bio: Ezra Jack Keats was an American writer and illustrator of children's books. He won the 1963 Caldecott Medal for illustrating The Snowy Day, which he also wrote. It is considered one of the most important American books of the 20th century.
Known for: