The sweetest teaching did he introduce,
Concealing truth under untrue speech.
The place he spoke of as the gods' abode
Was that by which he might awe humans most, —
The place from which, he knew, terrors came to mortals
And things advantageous in their wearisome life —
The revolving heaven above, in which dwell
The lightnings, and awesome claps
Of thunder, and the starry face of heaven,
Beautiful and intricate by that wise craftsman Time, —
From which, too, the meteor's glowing mass speeds
And wet thunderstorm pours forth upon the earth.

Sisyphus as translated by R. G. Bury, and revised by J. Garrett 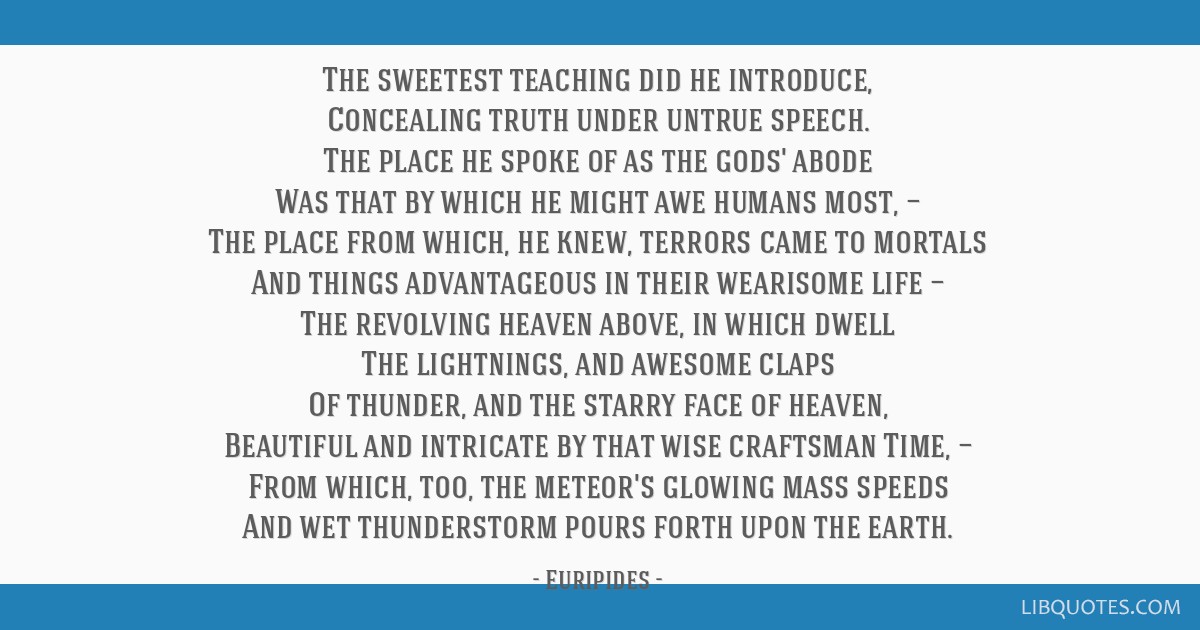 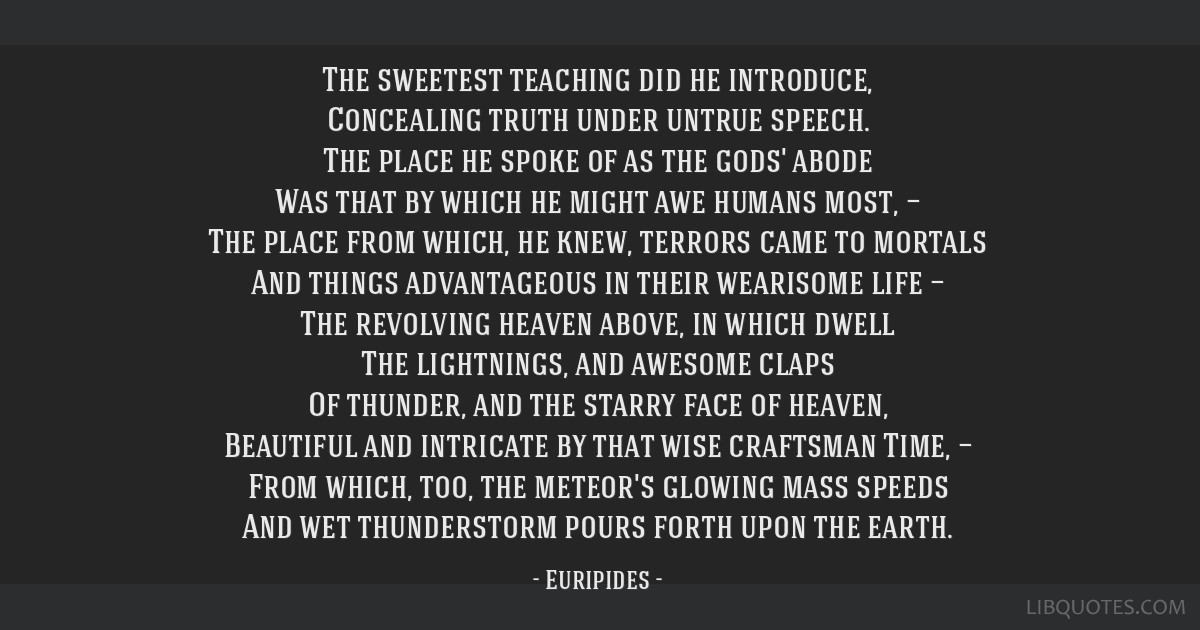 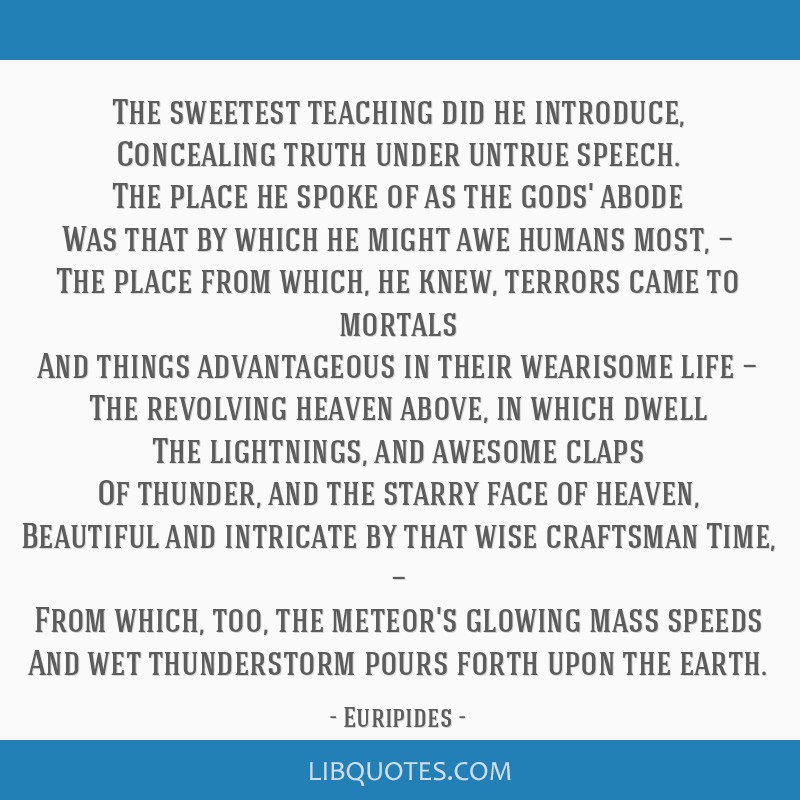 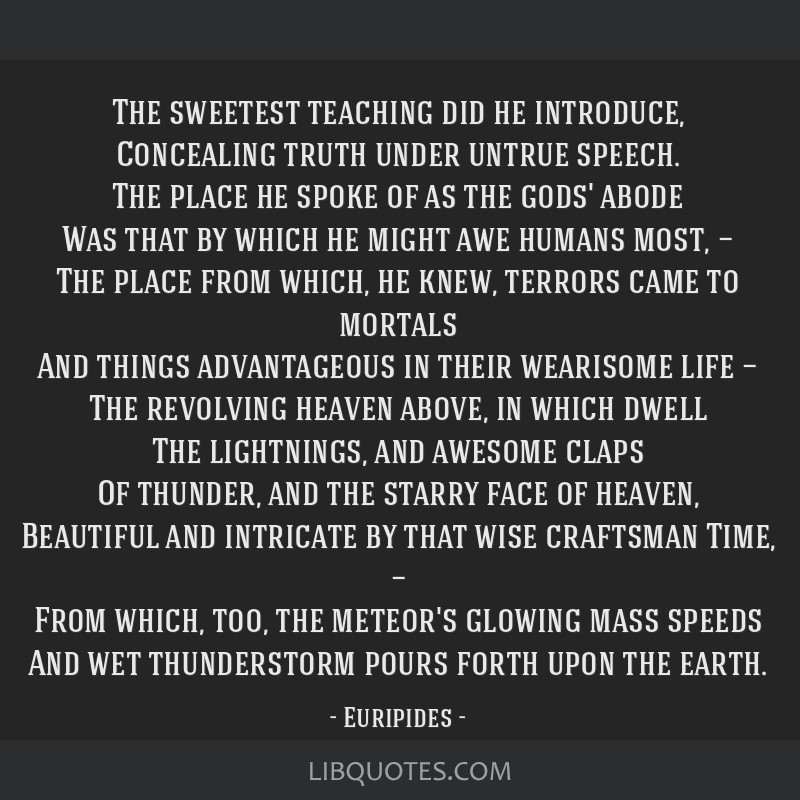 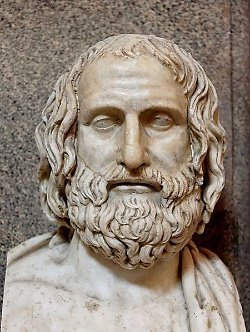