I may have been prejudiced against lawyer members of Congress, having run against one or two and having been threatened politically by a few others, and also because my own professional background was academic, principally in the liberal arts. Good lawyers, I asserted in campaigns, can be found in the yellow pages of the telephone books. Good historians, or political and social philosophers, are not so easily found or classified. 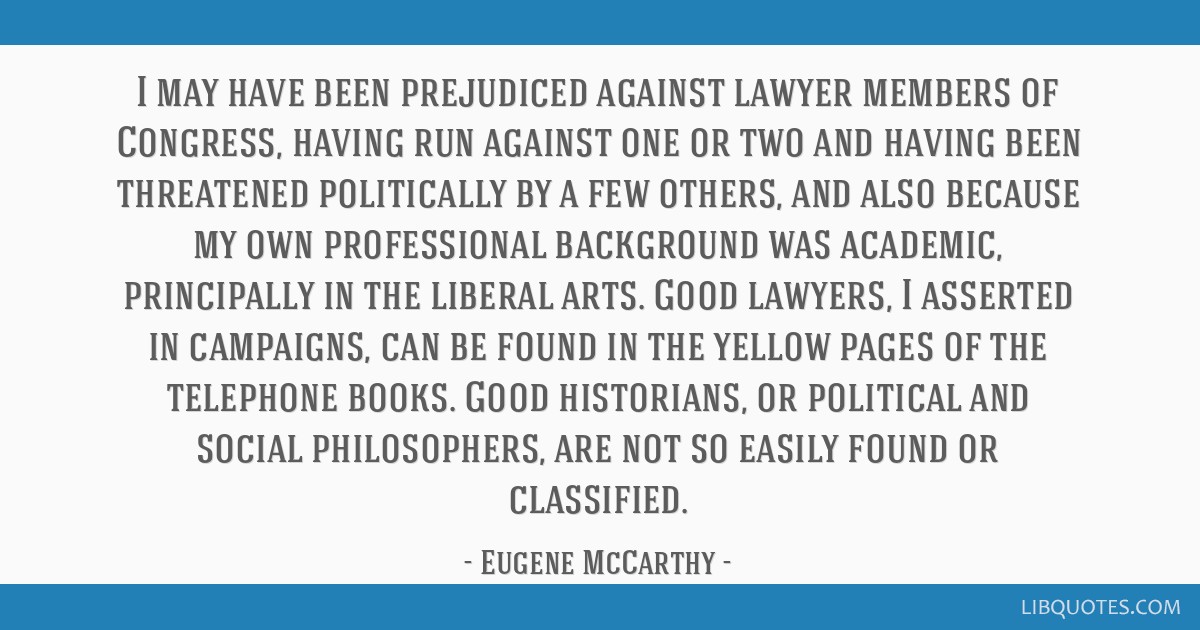 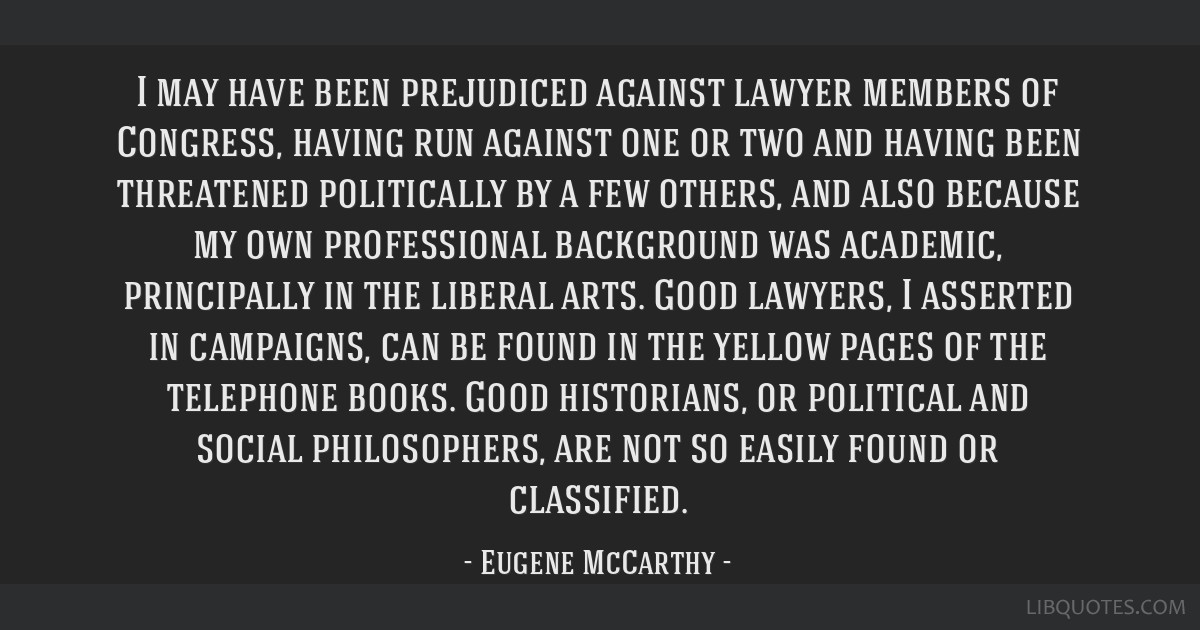 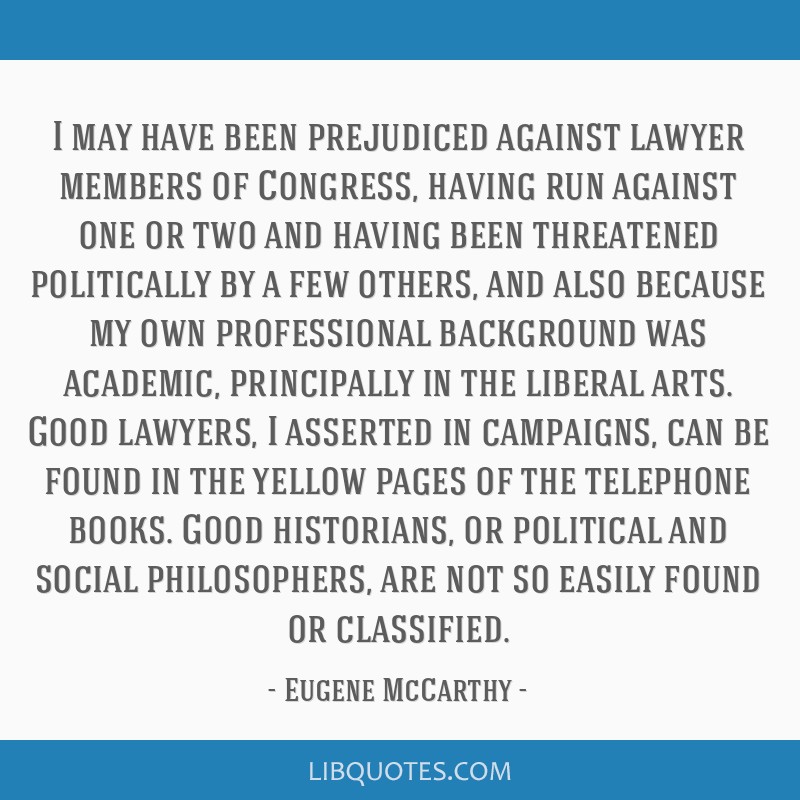 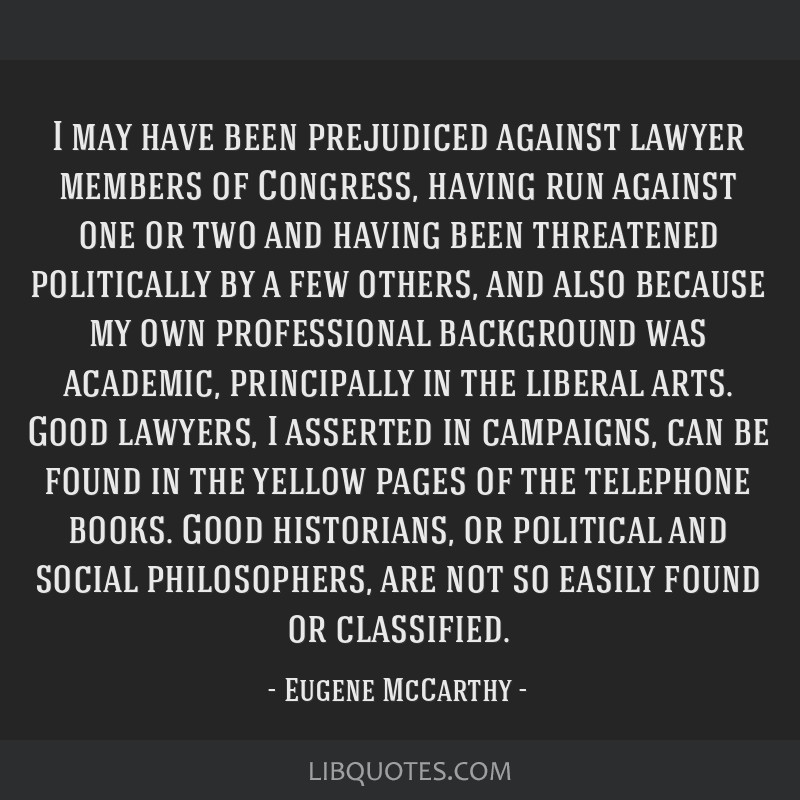 There is no falsification before the emergence of a better theory.
Imre Lakatos