I have talked to you in the past but we have always exchanged pleasantries. And it has always been assumed that I am Kaltenbrunner, the big bad man next to Himmler and the successor of Himmler. But I think you can see by this time, after having treated my brain hemorrhages, both in the hospital and here in my cell, that I am not the disagreeable, uncouth fellow the public probably thinks because of all the atrocities committed under Himmler's rule, and of which I am totally innocent. 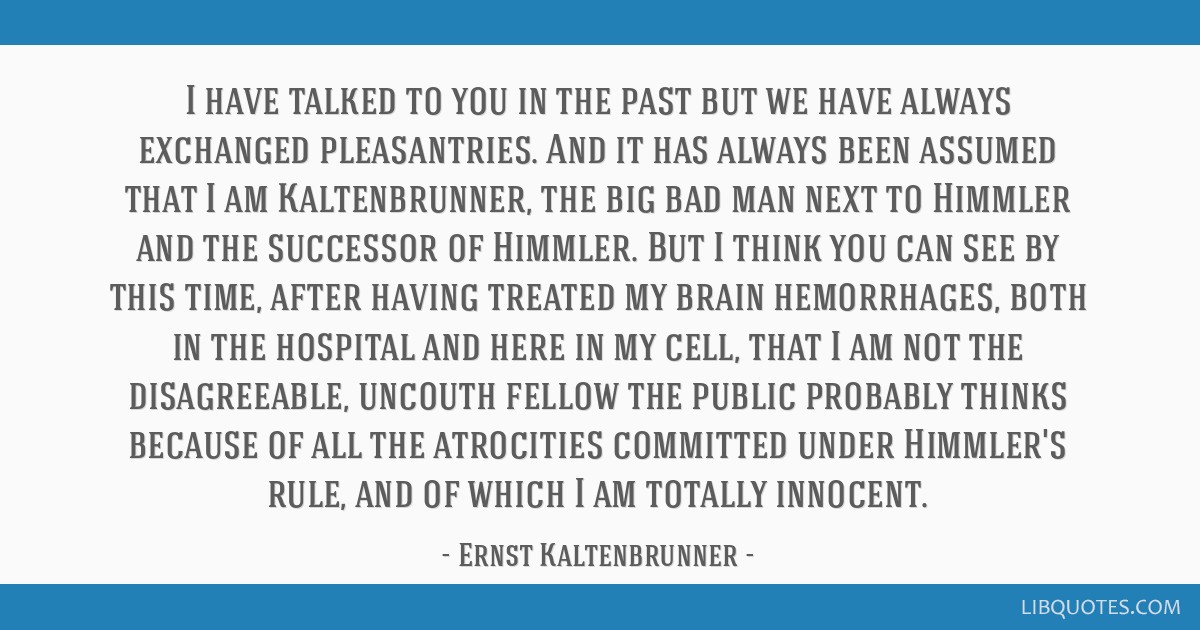 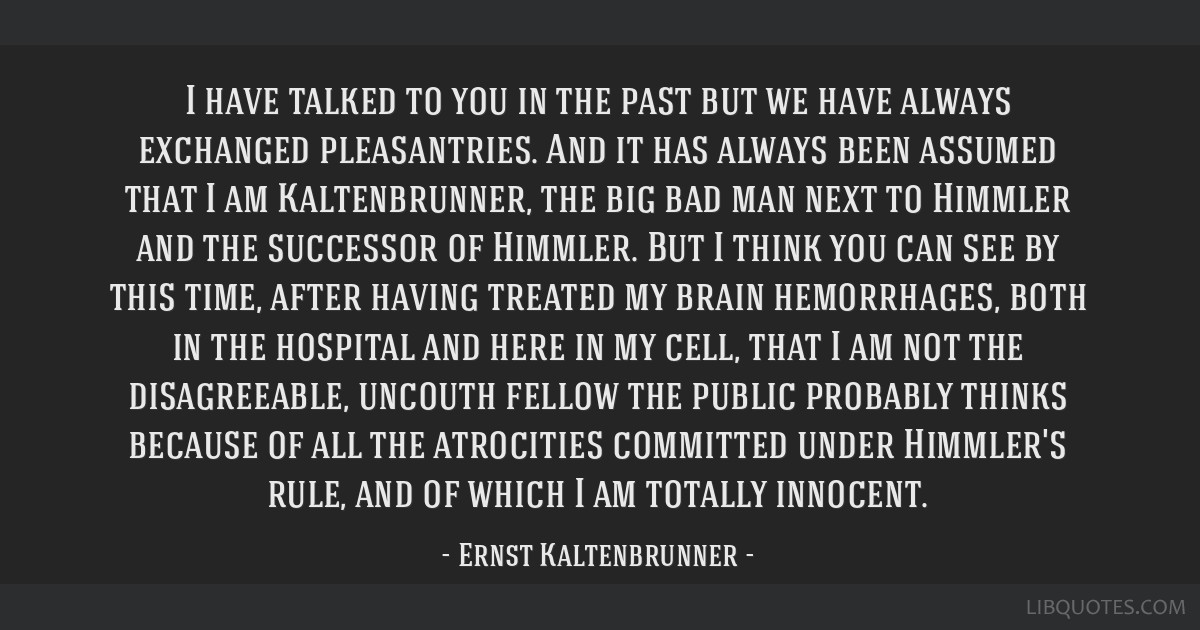 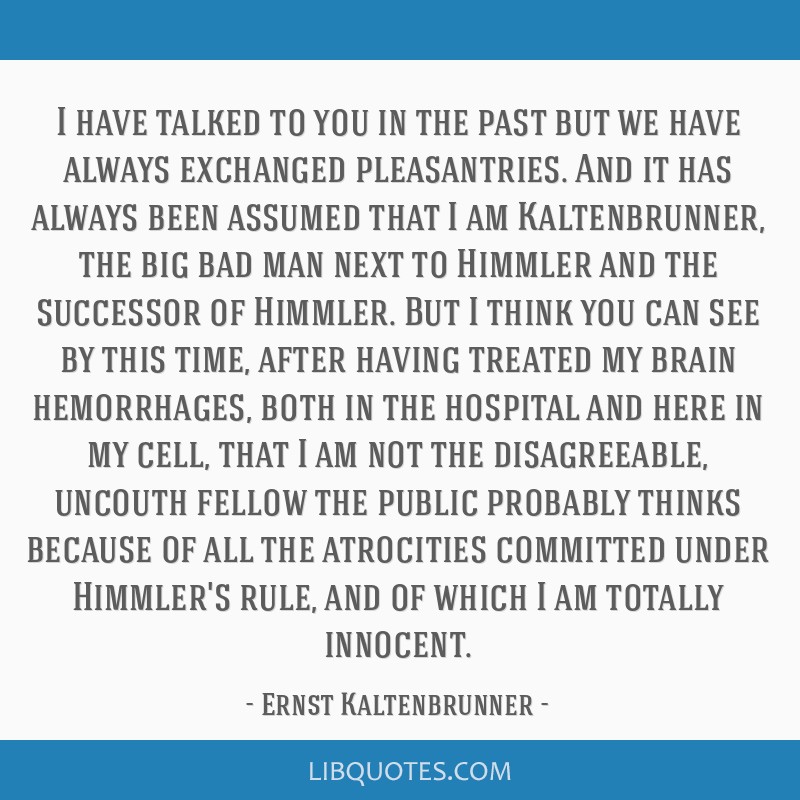 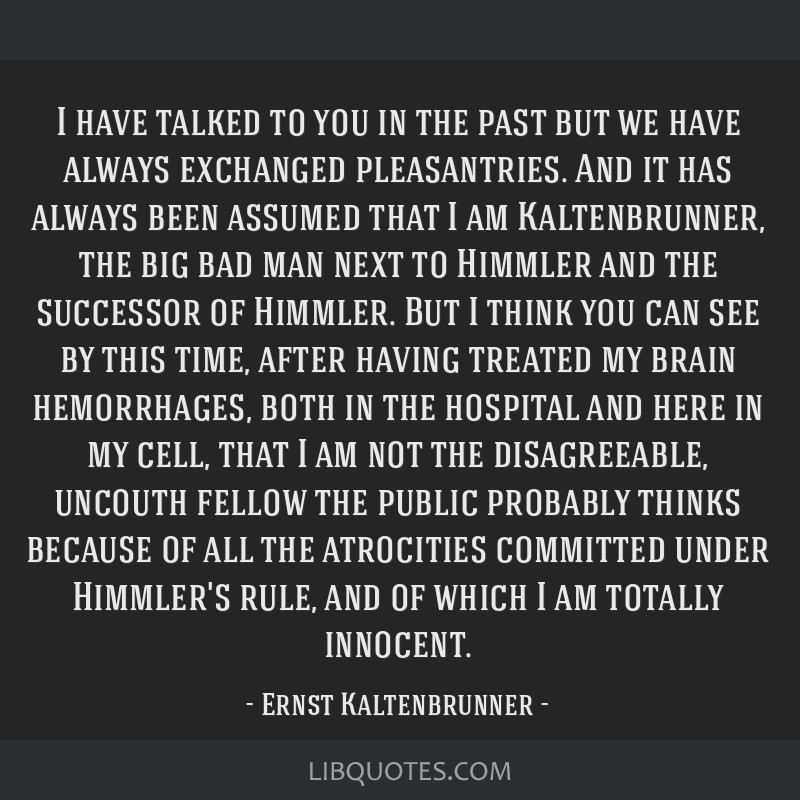 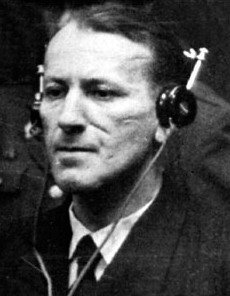