Well, Fitz, I looked all through that bible, it was in very fine print and stumbling on that great book Ecclesiastics, read it aloud to all who would listen. Soon I was alone and began cursing the bloody bible because there were no titles in it — although I found the source of practically every good title you ever heard of. But the boys, principally Kipling, had been there before me and swiped all the good ones so I called the book Men Without Women hoping it would have a large sale among the fairies and old Vassar Girls. 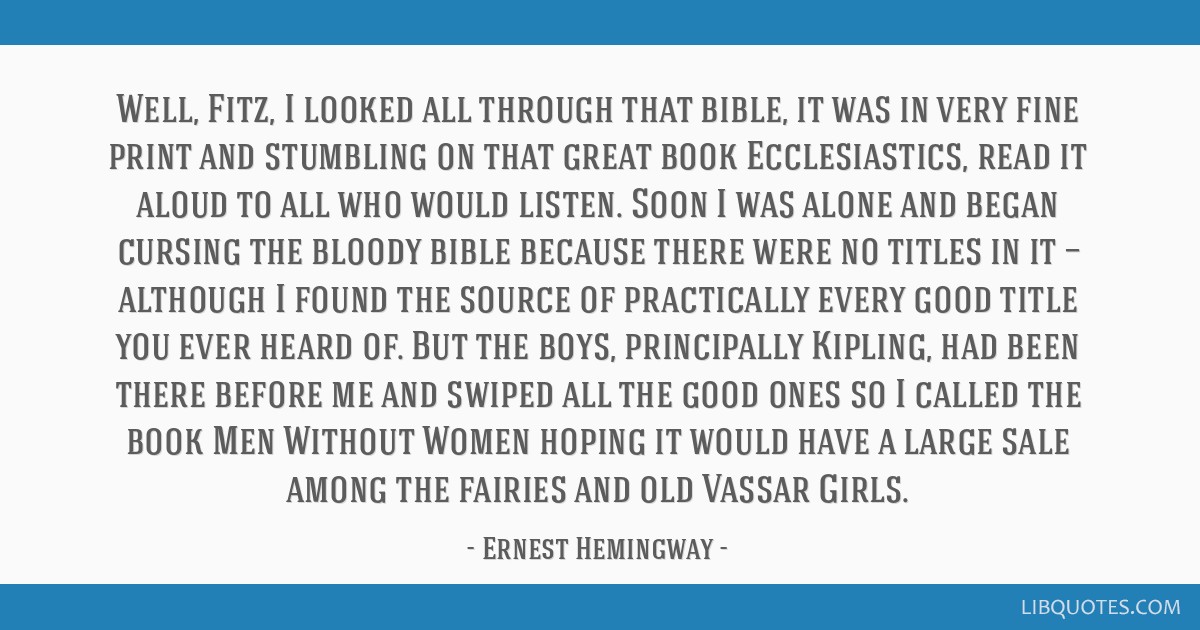 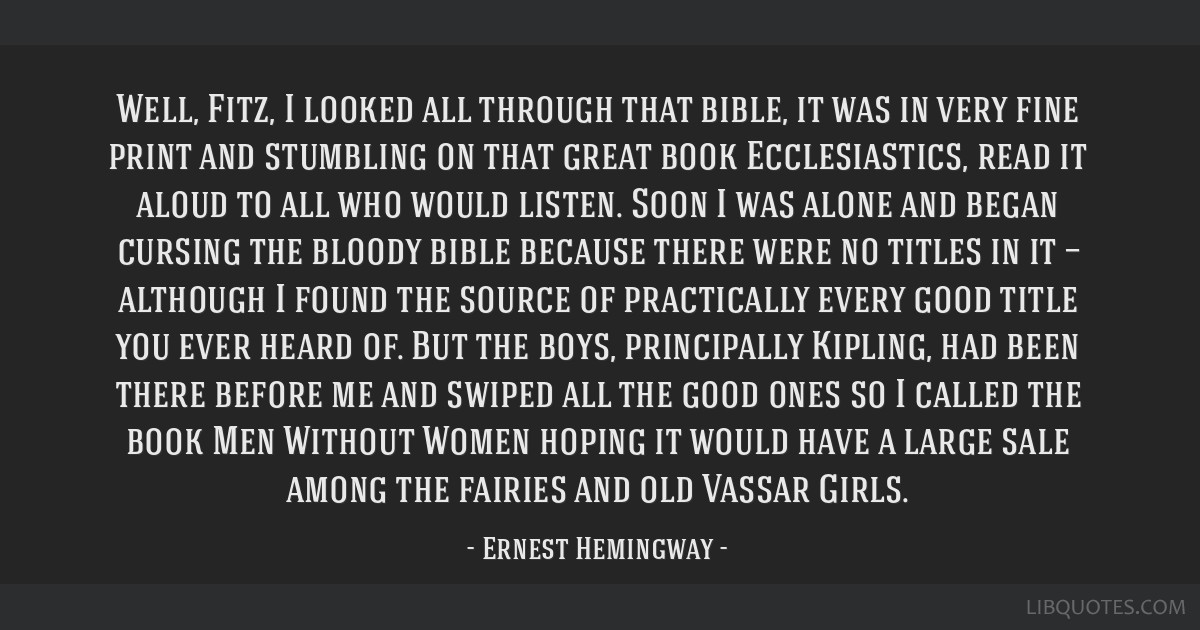 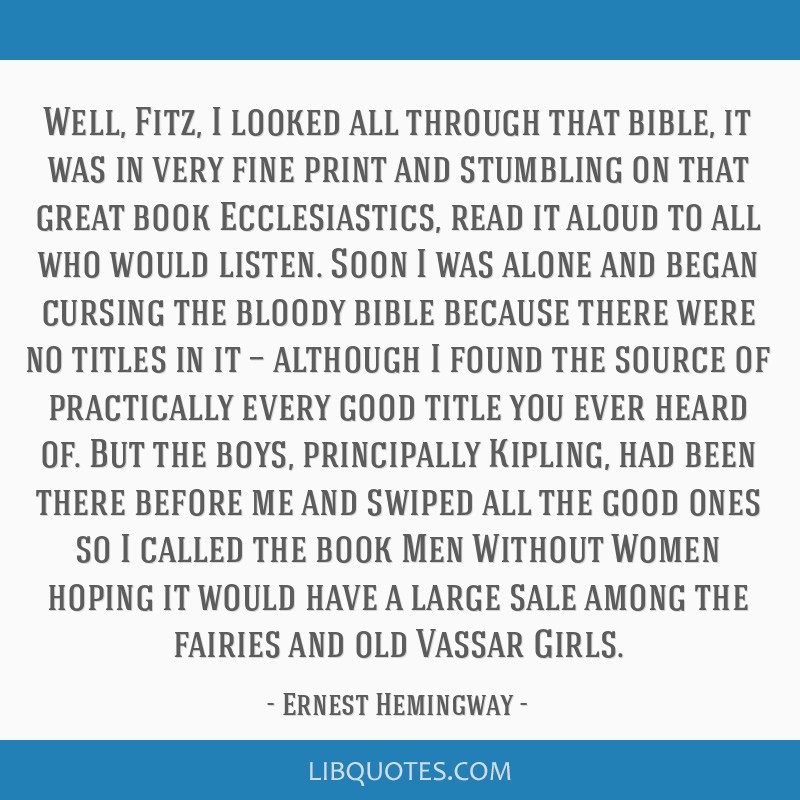 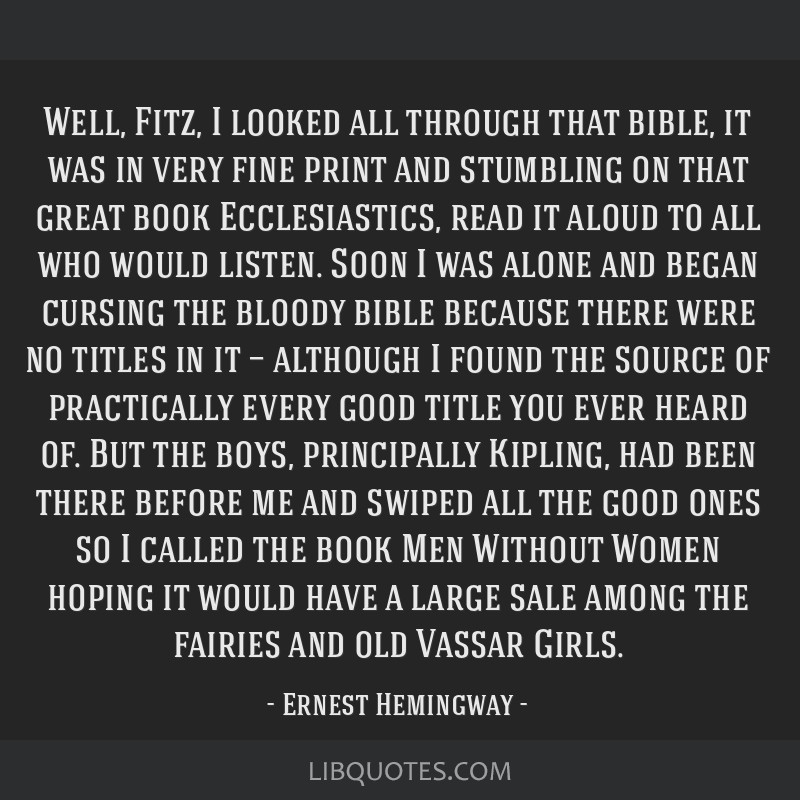 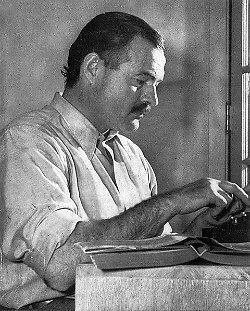