Future historians, I hope, will consider the American fast food industry a relic of the twentieth century—a set of attitudes, systems, and beliefs that emerged from postwar southern California, that embodied its limitless faith in technology, that quickly spread across the globe, flourished briefly, and then receded, once its true costs became clear and its thinking became obsolete. 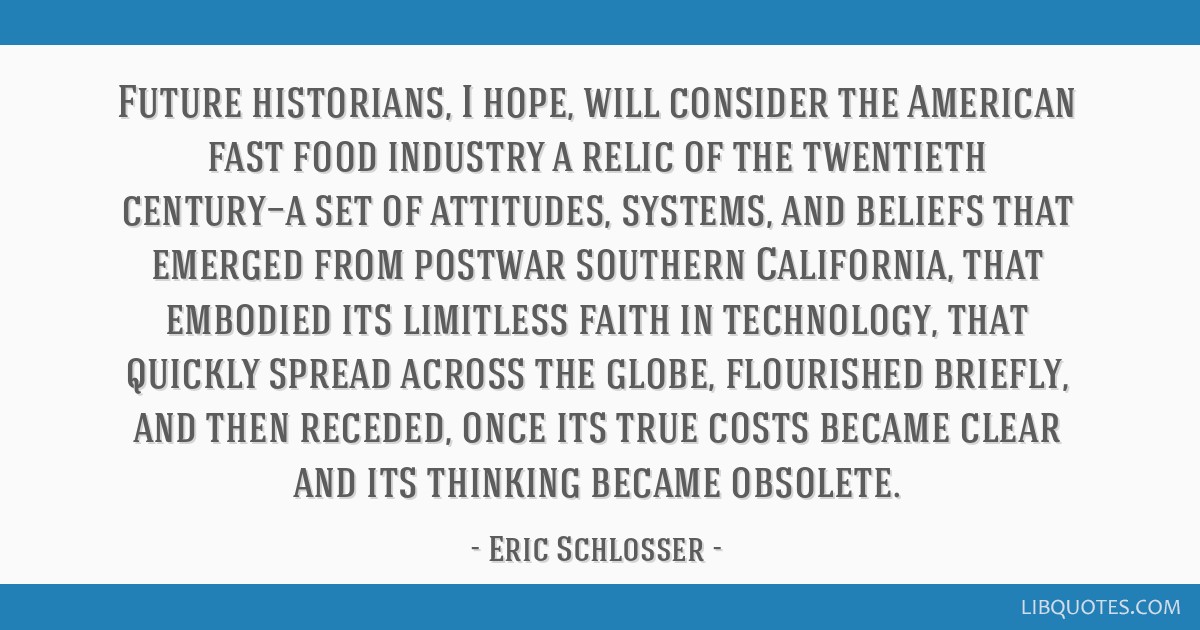 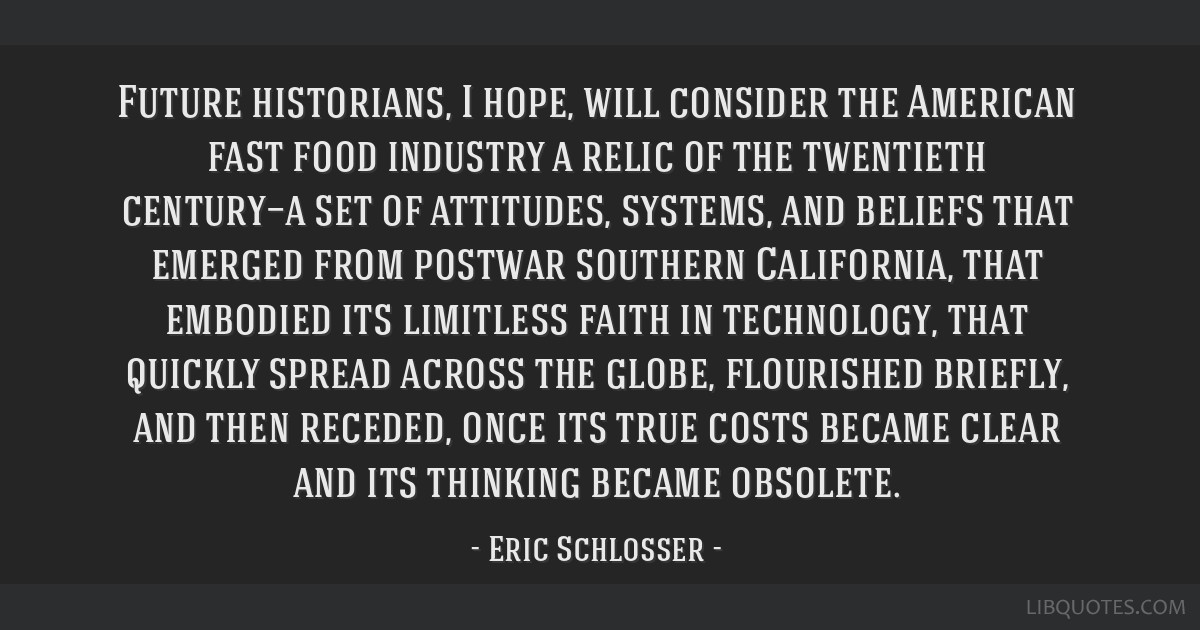 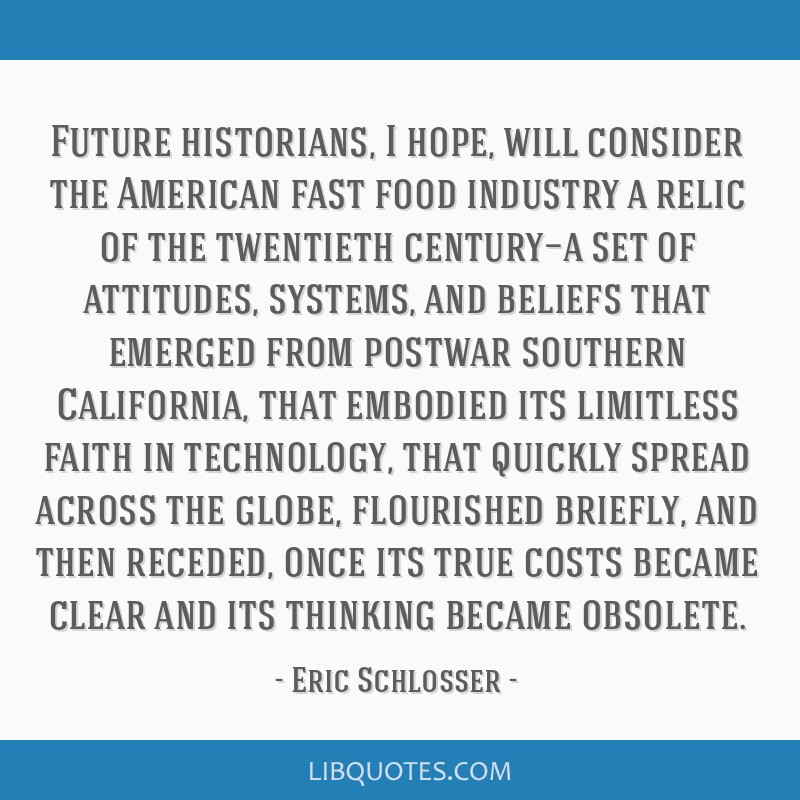 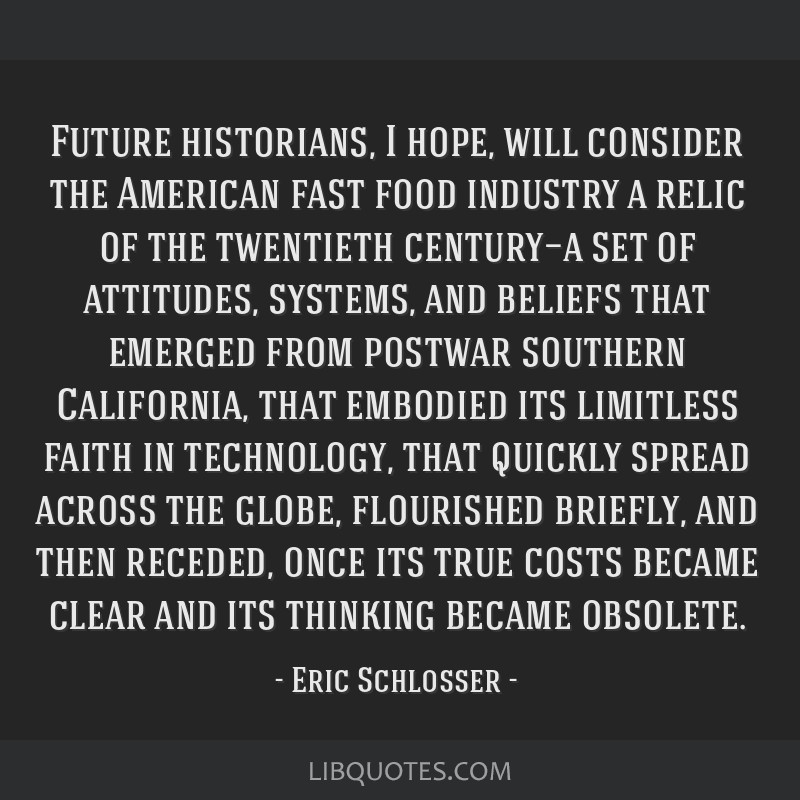 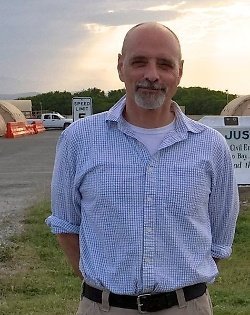