Concerning the Gods, there are who deny the very existence of the Godhead; others say that it exists, but neither bestirs nor concerns itself nor has forethought for anything. A third party attribute to it existence and forethought, but only for great and heavenly matters, not for anything that is on earth. A fourth party admit things on earth as well as in heaven, but only in general, and not with respect to each individual. A fifth, of whom were Ulysses and Socrates, are those that cry:— I move not without Thy knowledge! 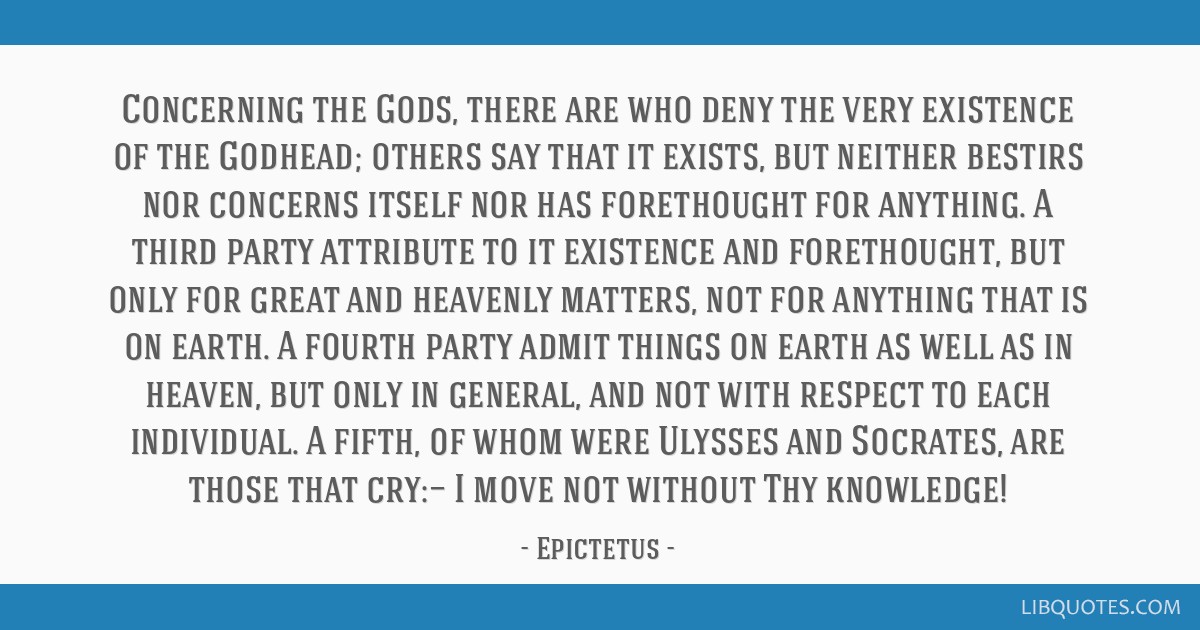 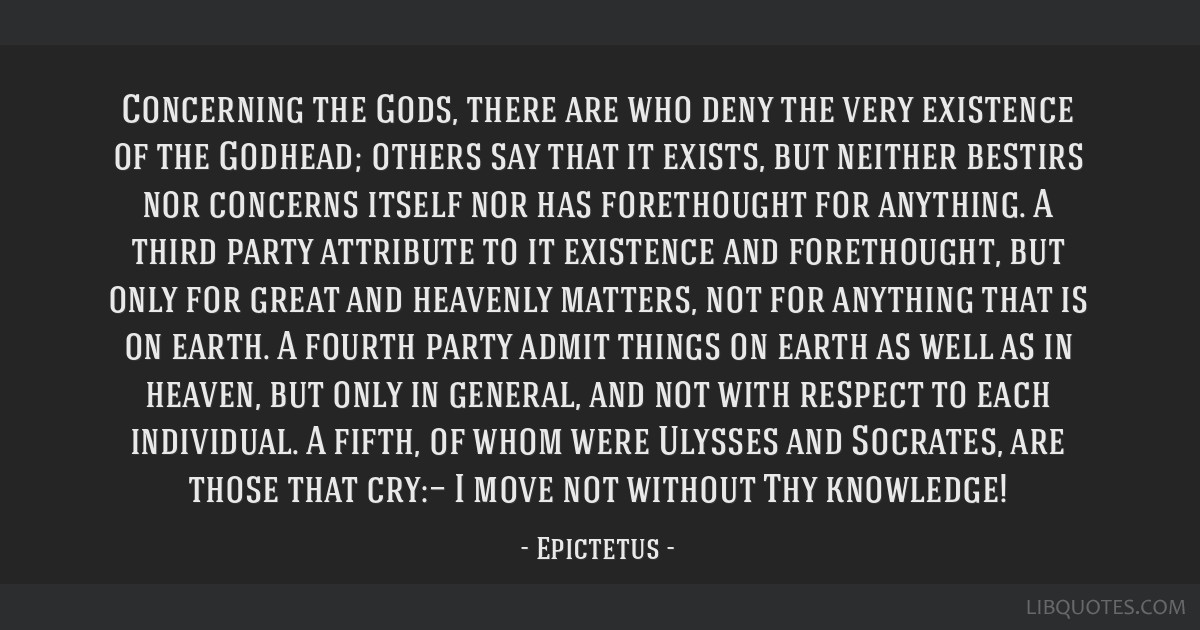 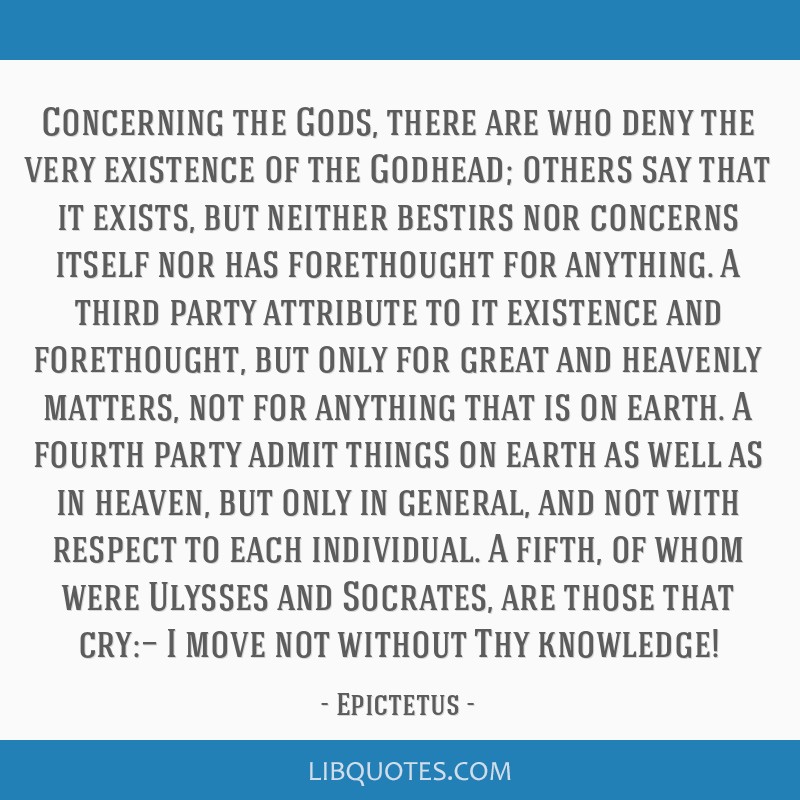 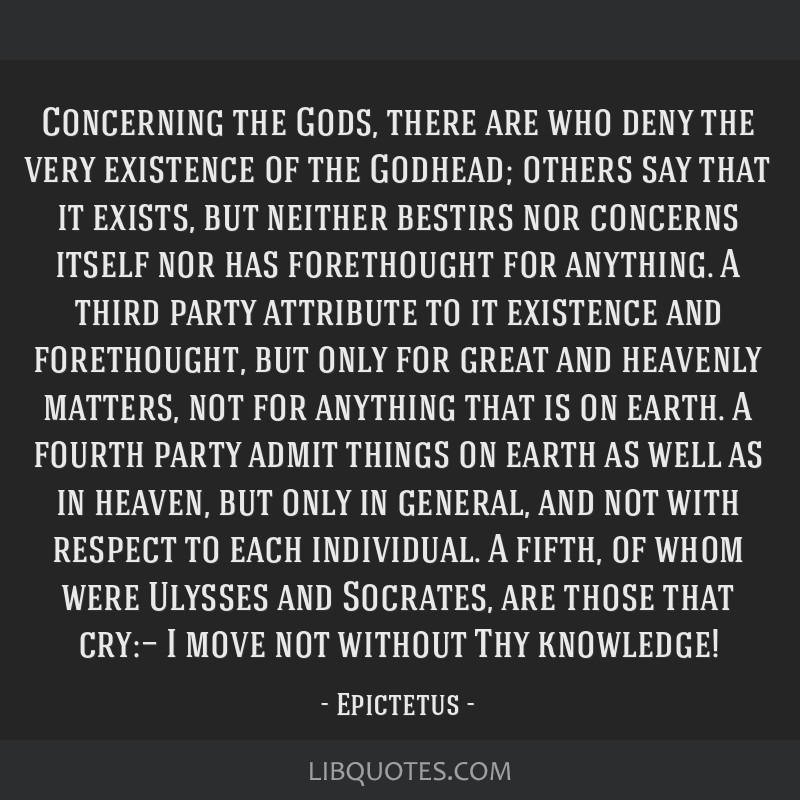 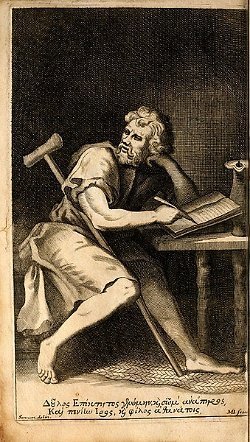