All government rests upon consent, and consent is not to be had without taking counsel with the most eminent or influential or representative of the governed, and seeking their advice: the act of taking counsel cannot be separated from the act of exercising authority. All government rests also upon upon habit, upon being exercised in the same way or a similar way to that in which the governed remember or believe that it was exercised before. Brute force can break with habit; but as soon as brute force begins to turn into government, it does so by starting to observe habitual modes of behaviour. Habitual forms or institutions for counsel and consent are thus of the essence of government.

Introduction to his book The House of Lords in the Middle Ages (Weidenfeld & Nicolson, 1968), p. xi. 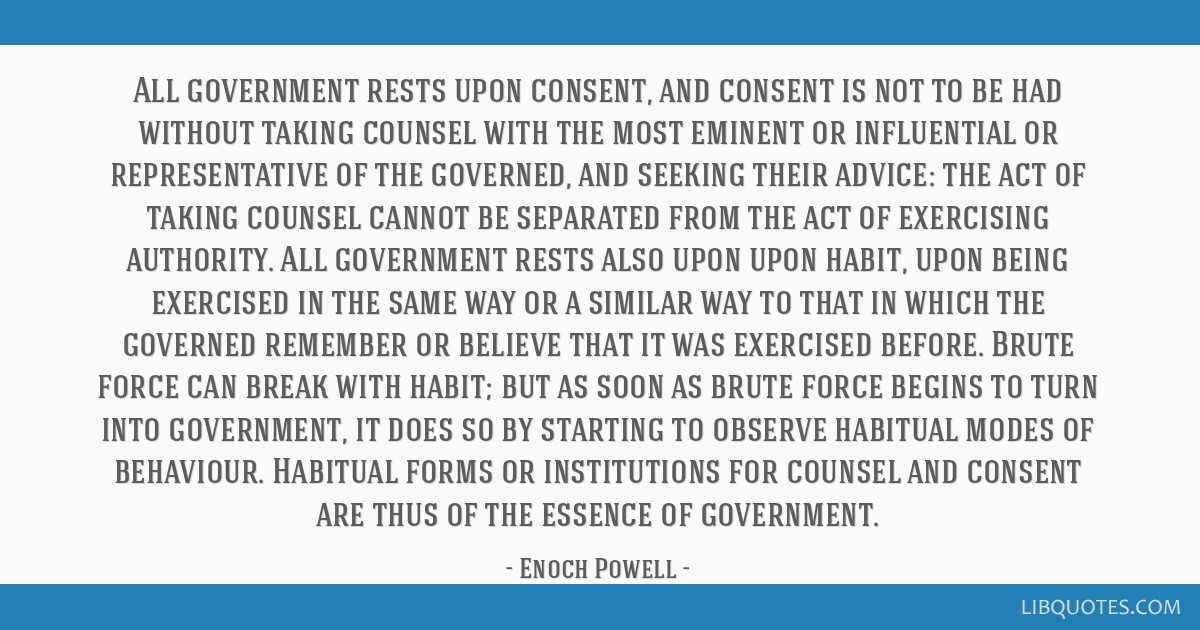 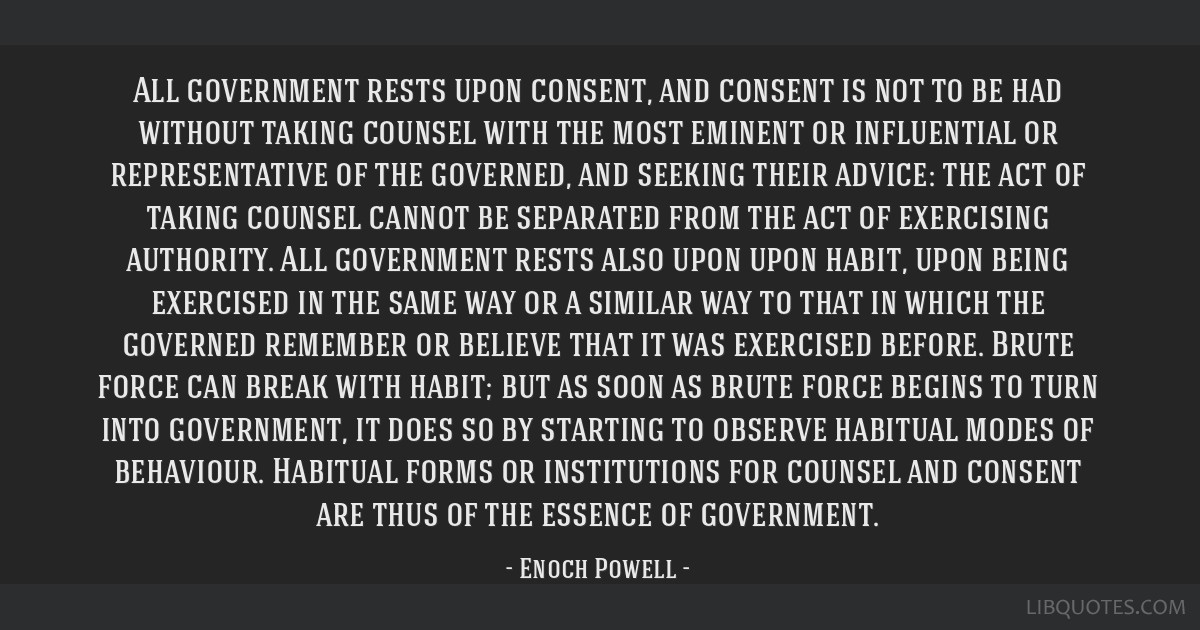 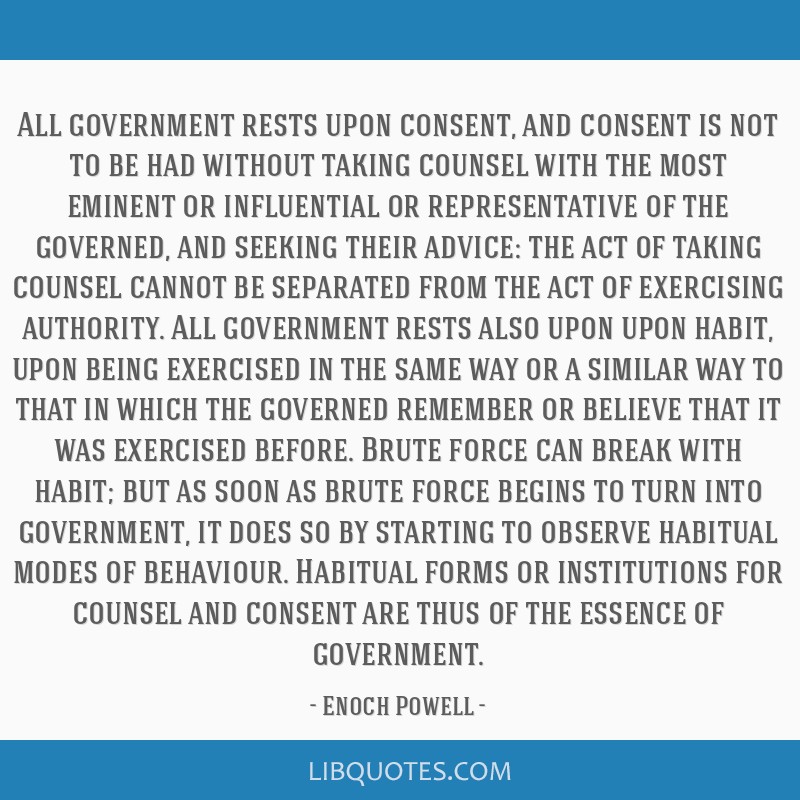 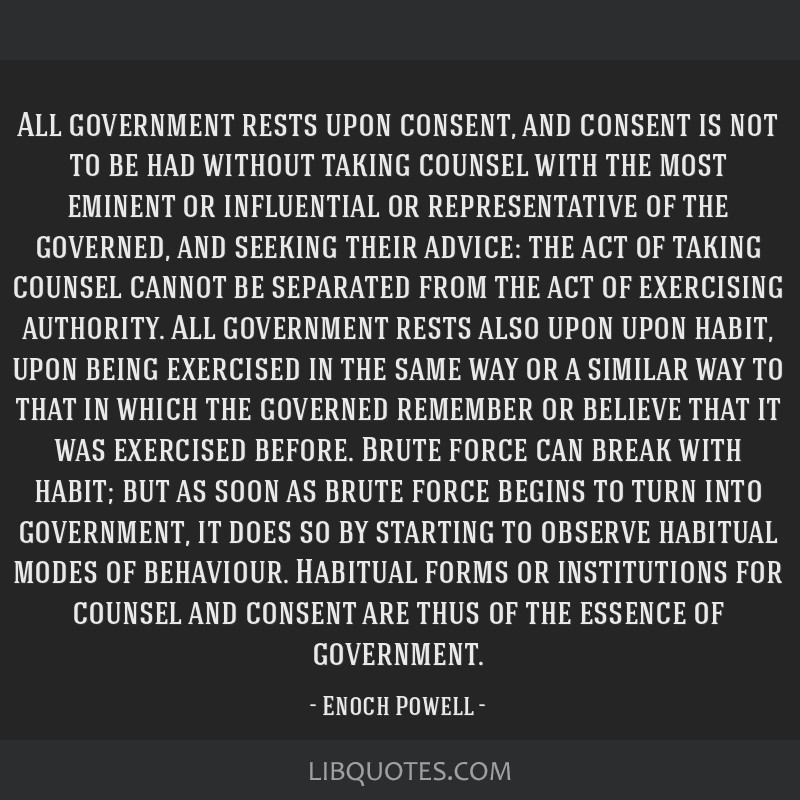 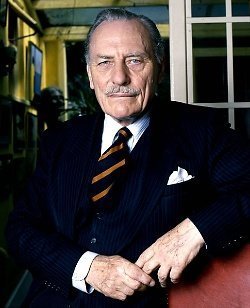