Our efforts in chess attain only a hundredth of one percent of their rightful result... Our education, in all domains of endeavour, is frightfully wasteful of time and values.

Emanuel Lasker
The laws of chess do not permit a free choice: you have to move whether you like it or not.

Emanuel Lasker
He who wants to educate himself in Chess must evade what is dead in Chess... the habit of playing with inferior opponents; the custom of avoiding difficult tasks; the weakness of uncritically taking over variations or rules discovered by others; the vanity which is self-sufficient; the incapacity for admitting mistakes; in brief, everything that leads to standstill or to anarchy.

Emanuel Lasker
Of my fifty-seven years I have applied at least thirty to forgetting most of what I have learned or read. Since then, I have acquired a certain ease and cheer which I should never again like to be without. (...) I have stored little in my memory, but I can apply that little, and it is of use in many and varied emergencies. I keep it in order, but resist every attempt to increase its dead weight.

Emanuel Lasker
By some ardent enthusiasts Chess has been elevated into a science or an art. It is neither; but its principal characteristic seems to be - what human nature mostly delights in - a fight.

Emanuel Lasker
The combination player thinks forward; he starts from the given position, and tries the forceful moves in his mind

Emanuel Lasker
An advantage could consist not only in a single important advantage but also in a multitude of insignificant advantages.

Emanuel Lasker
Truth derives its strength not so much from itself as from the brilliant contrast it makes with what is only apparently true. This applies especially to Chess, where it is often found that the profoundest moves do not much startle the imagination.

Emanuel Lasker
You should keep in mind no names, nor numbers, nor isolated incidents, not even results, but only methods.. The method produces numerous results; a few of these will remain in our memory, and as long as they remain few, they are useful to illustrate and to keep alive the rules which order a thousand results.

Emanuel Lasker
On the chessboard lies and hypocrisy do not survive long. The creative combination lays bare the presumption of lies; the merciless fact, culmination in checkmate, contradicts the hypocrites.

Emanuel Lasker
On a motif such as was indicated by Reti one cannot build the plan of a whole well contested game; it is too meagre, too thin, too puny for such an end. Reti's explanations, wherever they are concerned with an analysis which covers a few moves, are correct and praiseworthy. But when he abandons the foundations of analysis in order to draw too bold, too general a conclusion, his arguments prove to be mistaken.

Emanuel Lasker
The game gives us a satisfaction that Life denies us. And for the Chess player, the success which crowns his work, the great dispeller of sorrows, is named 'combination'.

Emanuel Lasker
Education in Chess has to be an education in independent thinking and judging. Chess must not be memorized...

Emanuel Lasker
The attack is that process by means of which you remove obstructions. 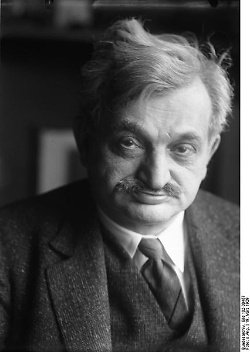 Creative Commons
Born: December 24, 1868
Died: January 11, 1941 (aged 72)
Bio: Emanuel Lasker was a German chess player, mathematician, and philosopher who was World Chess Champion for 27 years. In his prime Lasker was one of the most dominant champions, and he is still generally regarded as one of the strongest players ever.
Known for: