The bizarre world of cards... a world of pure power politics where rewards and punishments were meted out immediately. A deck of cards was built like the purest of hierarchies, with every card a master to those below it and a lackey to those above it. And there were "masses"—long suits—which always asserted themselves in the end, triumphing over the kings and aces. 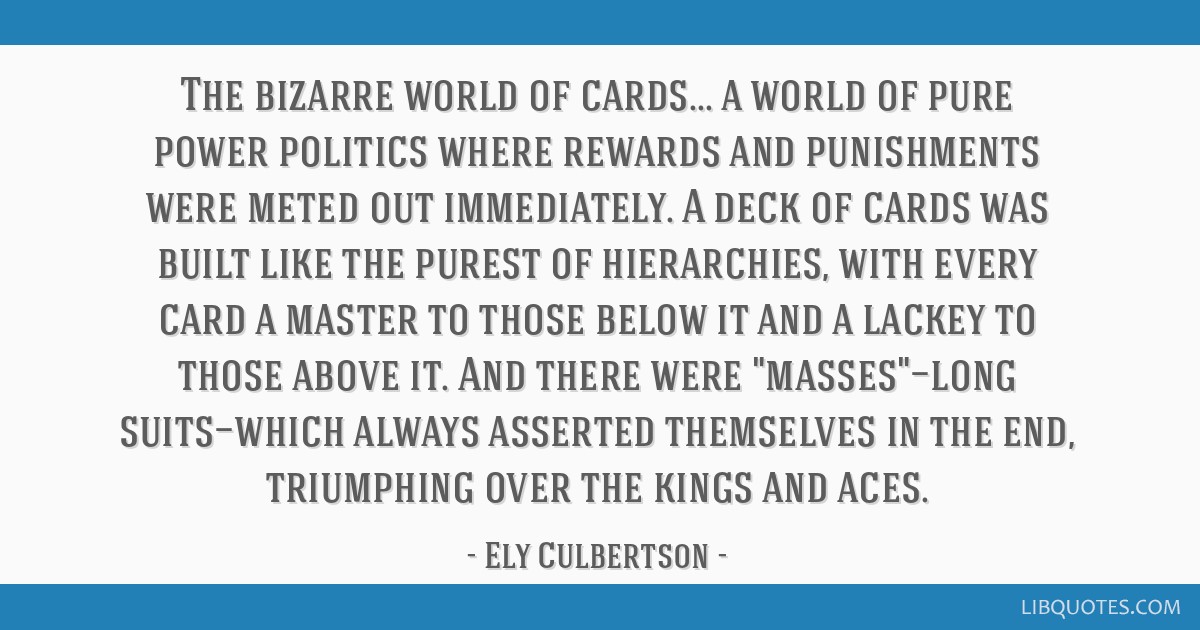 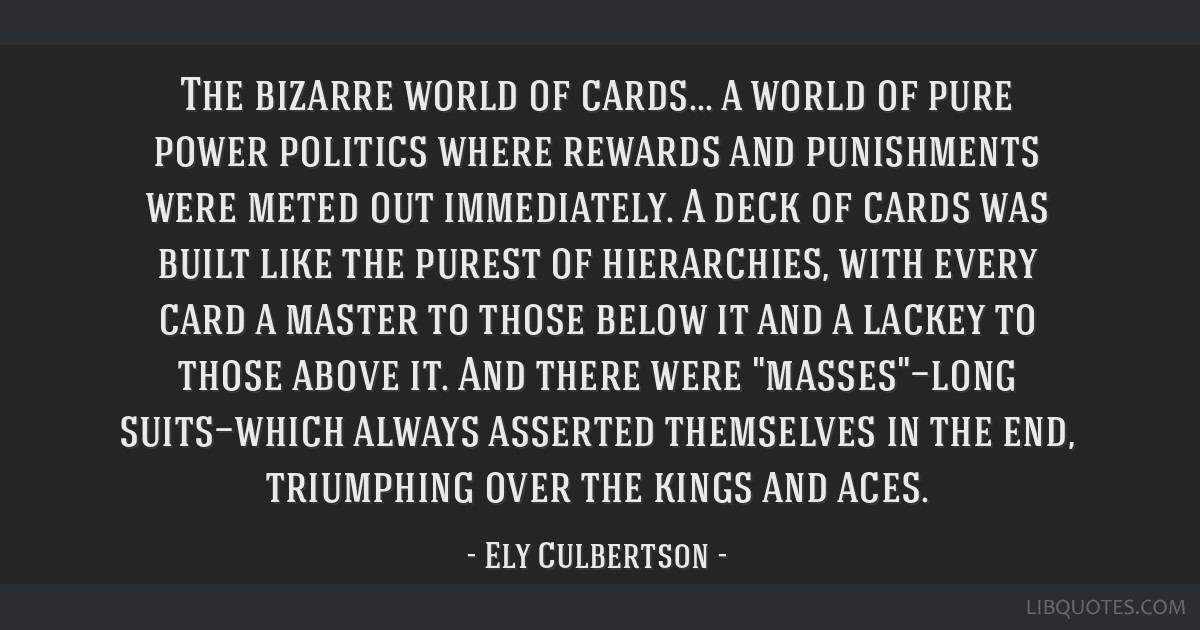 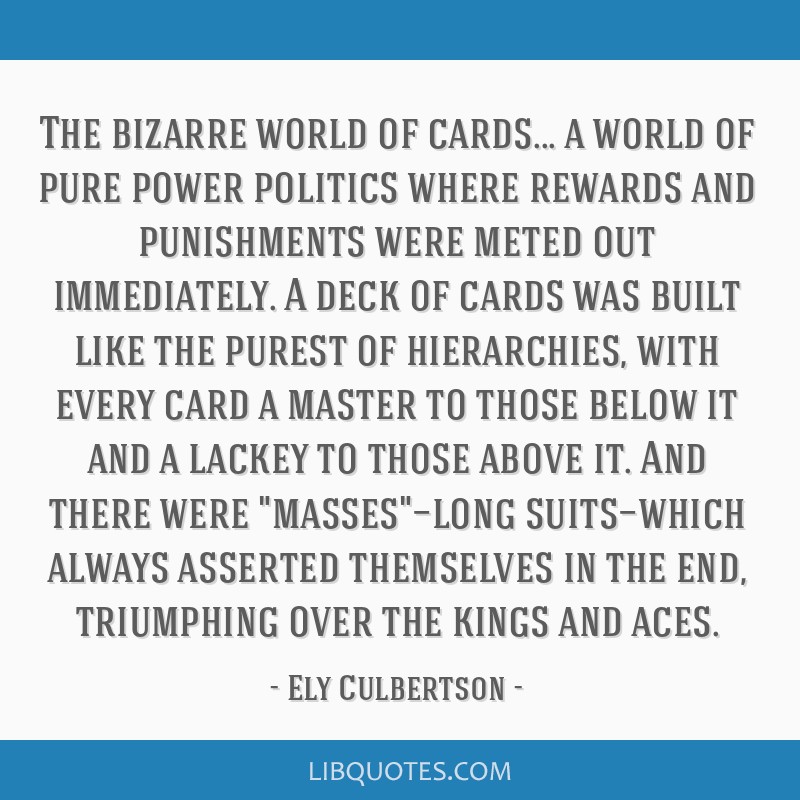 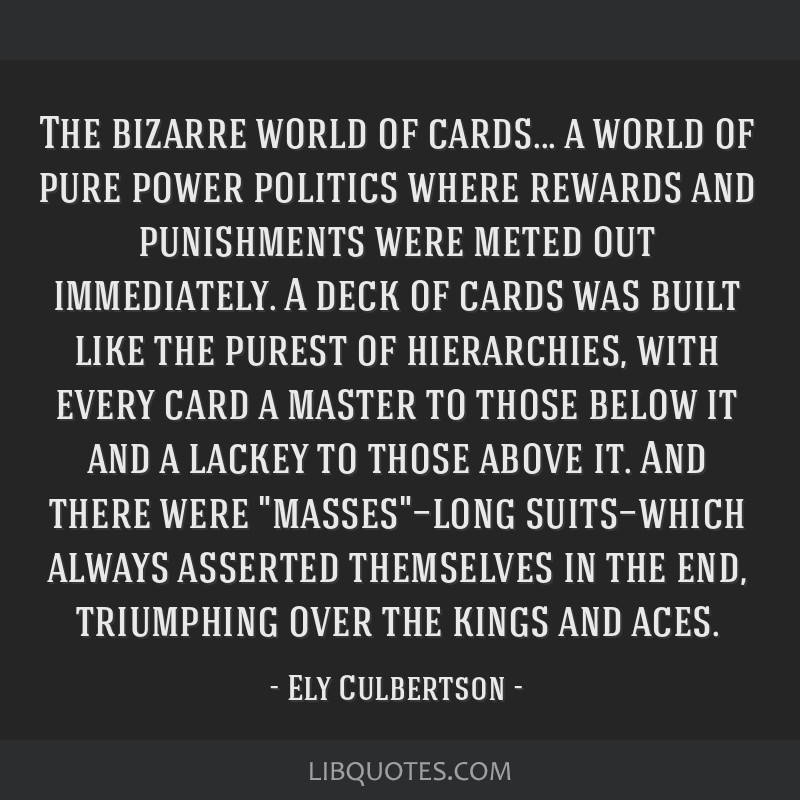