From having once been a peaceful shepherd, [he] had become the terror of southern Italy. [...] The usual occupation of Crocco's band was robbery of the wealthy Italians of the vicinity, battles with the Italian troops, and the seizure and robbery of rich foreigners, for whose deliverance heavy ransoms were demanded. When a detachment of troops was sent against them, they showed considerable courage. As they knew the country well, with its hiding-places and points of vantage, it was not easy to capture them.
As the country moaned and cursed at it's weeping fate... The Devil himself tempted Italy to follow it's lure of rule and conquest but in the end he has disappeared leaving a weeping country to pick up the ashes. 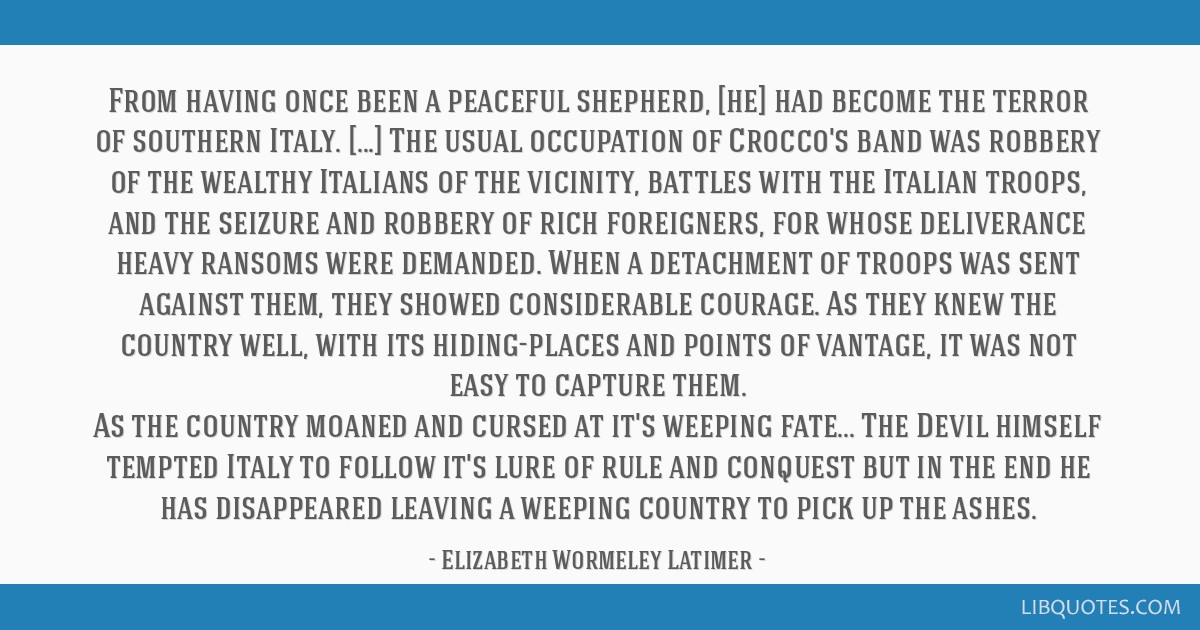 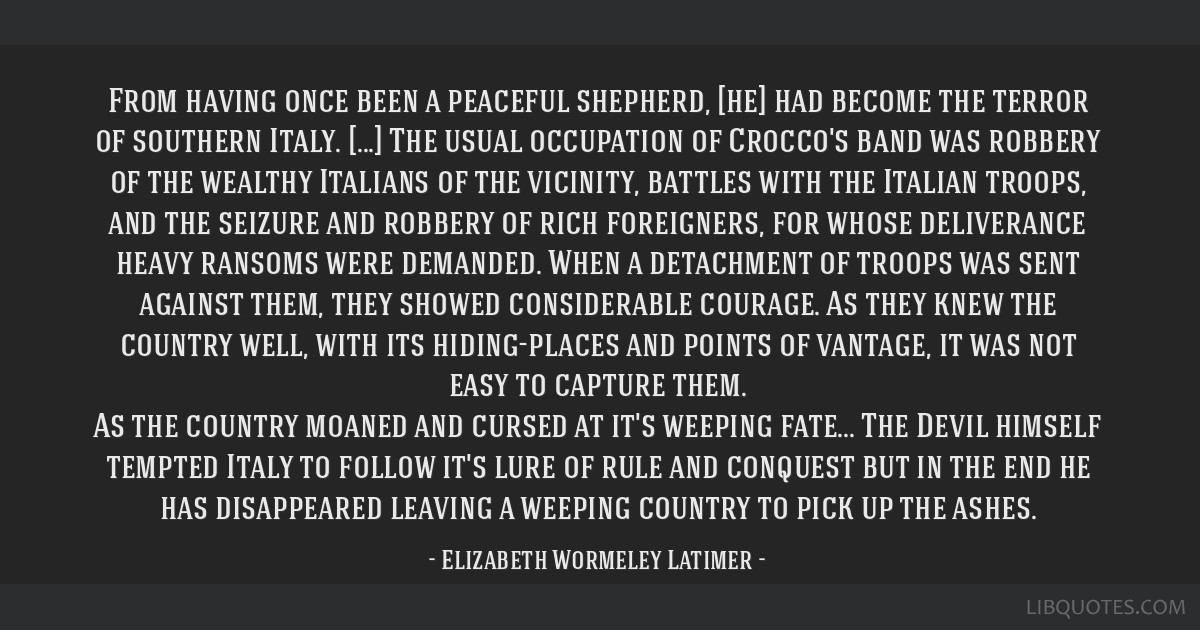 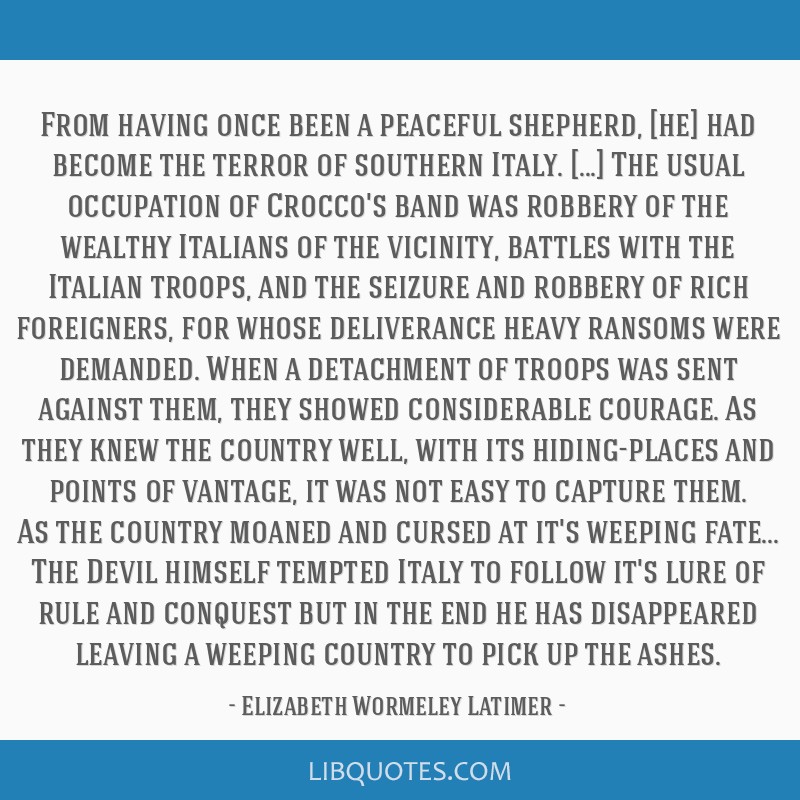 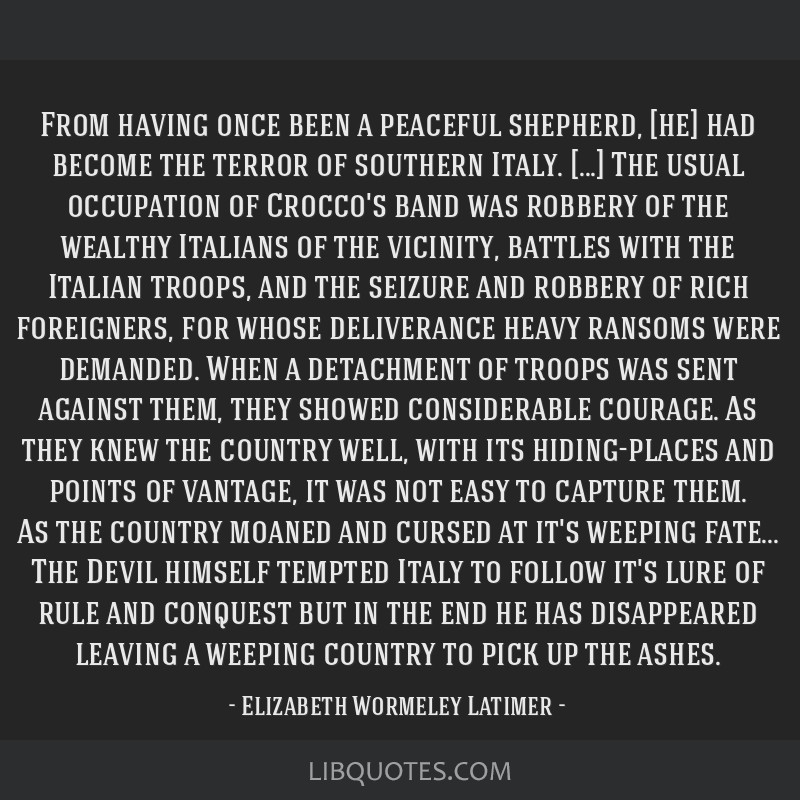 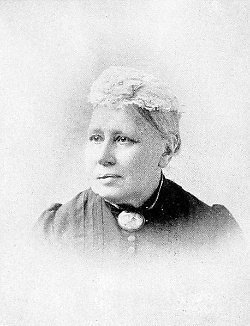