A recollection. The time: After the war. The place: Paris. A young man struggles to readjust to life. His mother, his father, his small sister are gone. He is alone. On the verge of despair. And yet he does not give up. On the contrary, he strives to find a place among the living. He acquires a new language. He makes a few friends who, like himself, believe that the memory of evil will serve as a shield against evil; that the memory of death will serve as a shield against death. 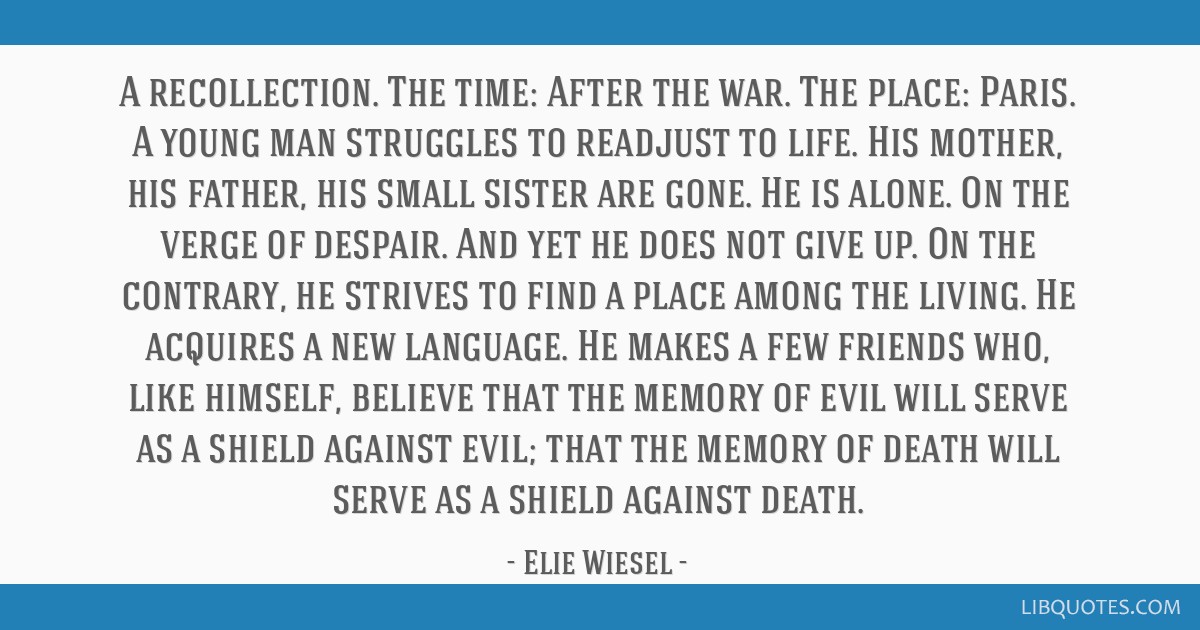 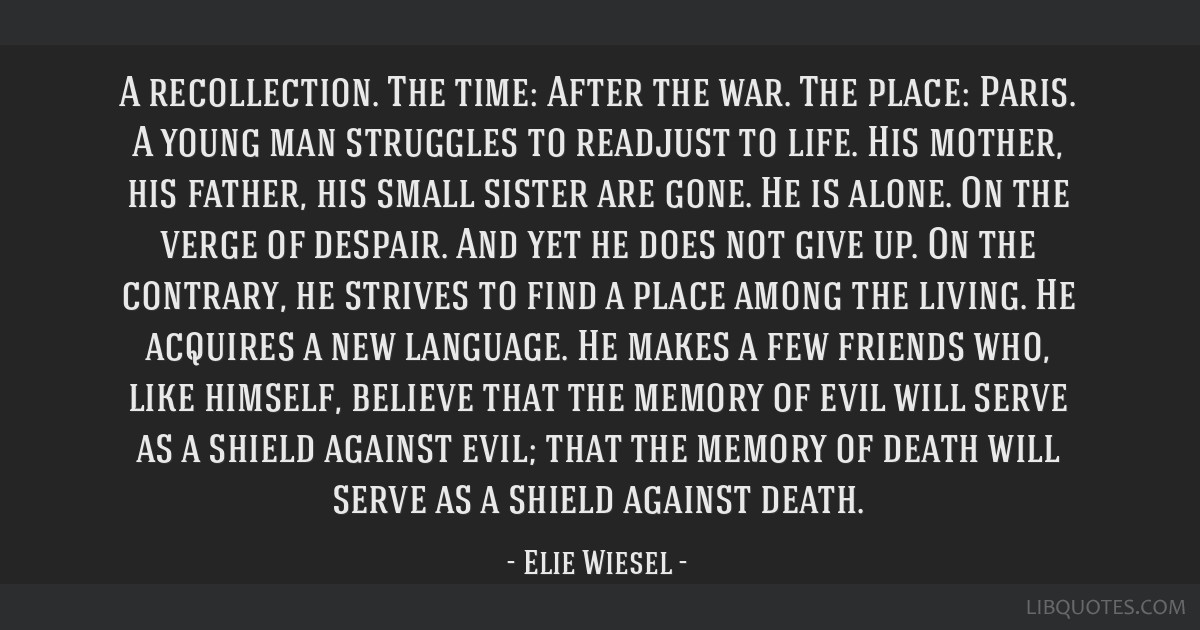 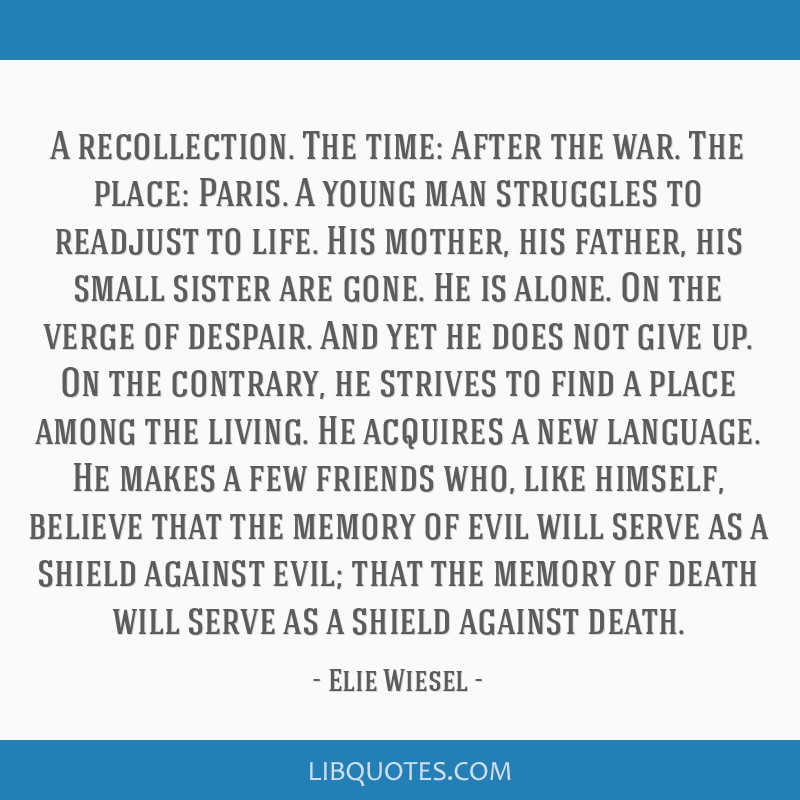 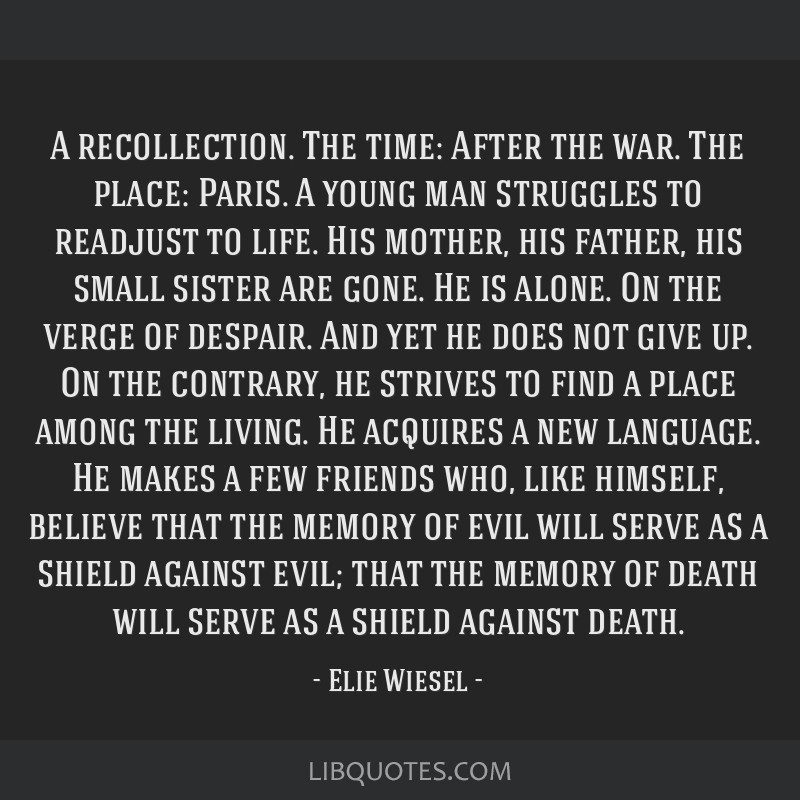