We thought it would be enough to tell of the tidal wave of hatred which broke over the Jewish people for men everywhere to decide once and for all to put an end to hatred of anyone who is "different" — whether black or white, Jew or Arab, Christian or Moslem — anyone whose orientation differs politically, philosophically, sexually. 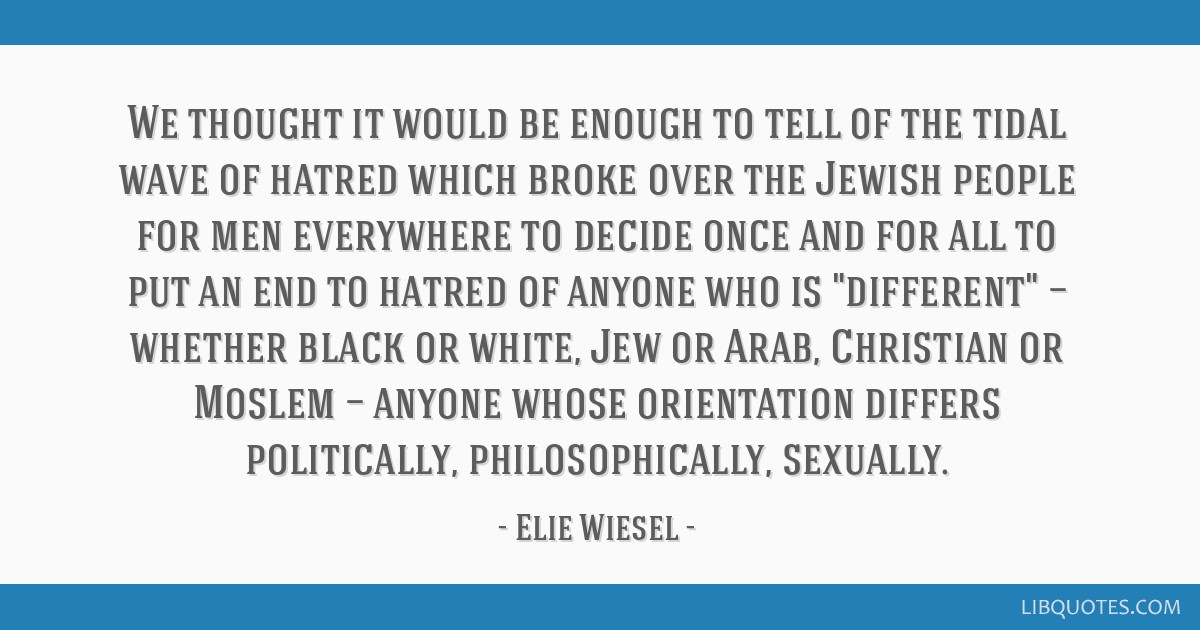 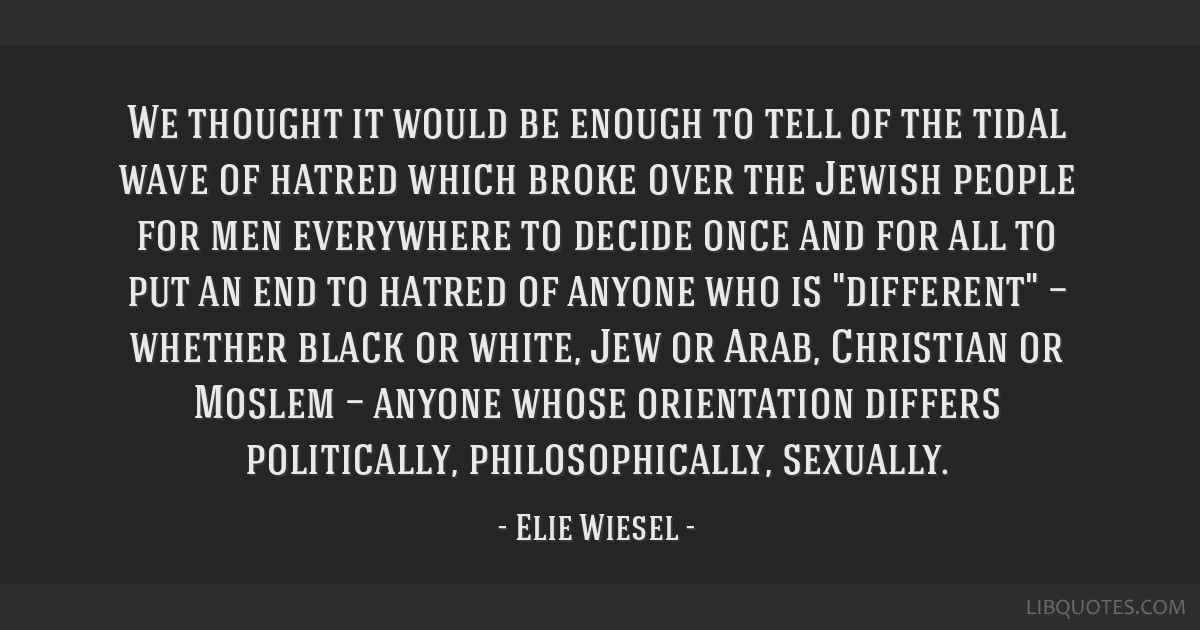 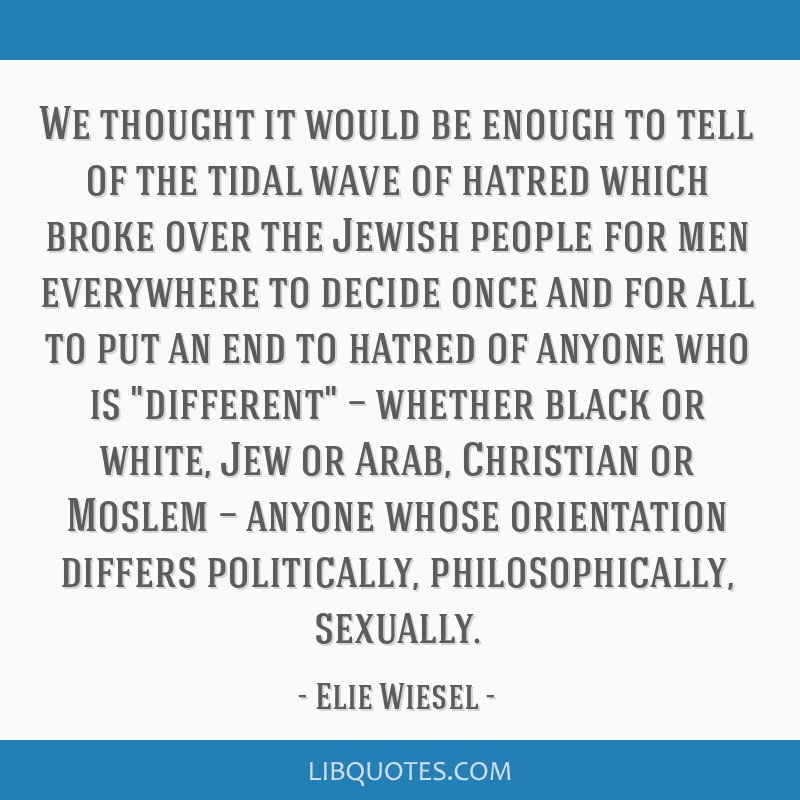 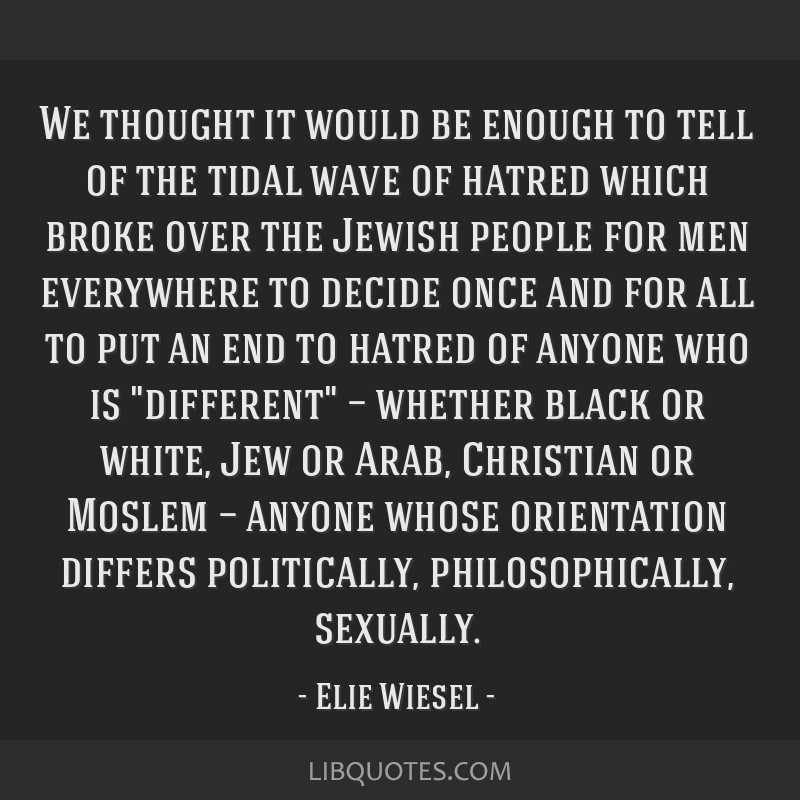