It was pitch dark. I could hear only the violin, and it was as though Juliek's soul were the bow. He was playing his life. The whole of his life was gliding on the strings—his last hopes, his charred past, his extinguished future. He played as he would never play again...When I awoke, in the daylight, I could see Juliek, opposite me, slumped over, dead. Near him lay his violin, smashed, trampled, a strange overwhelming little corpse. 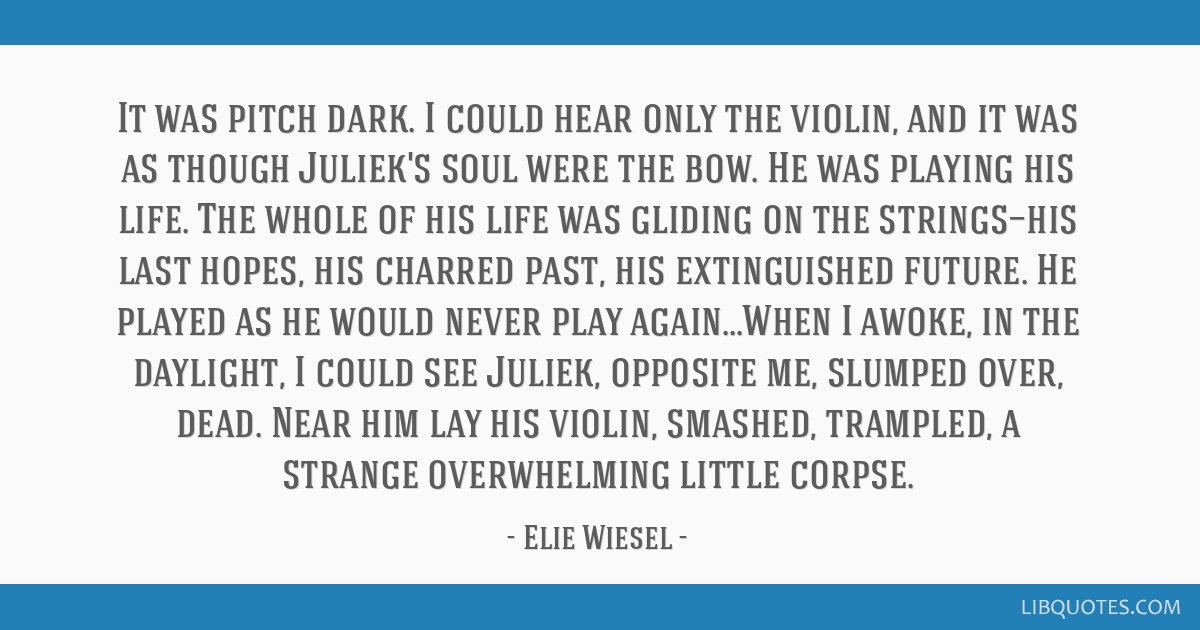 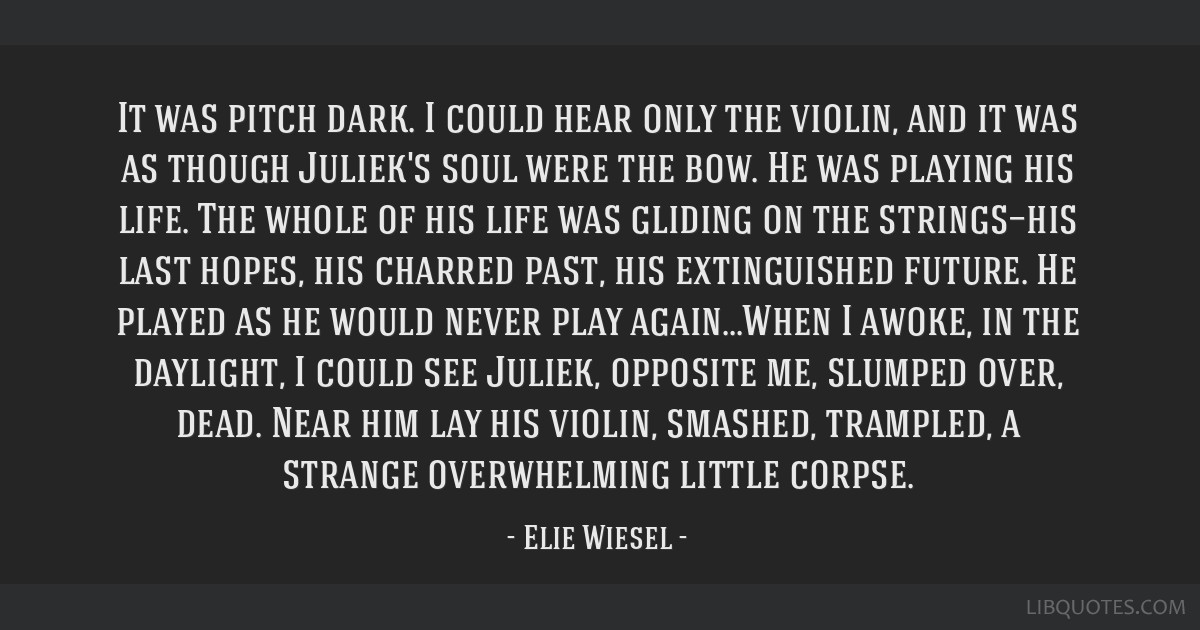 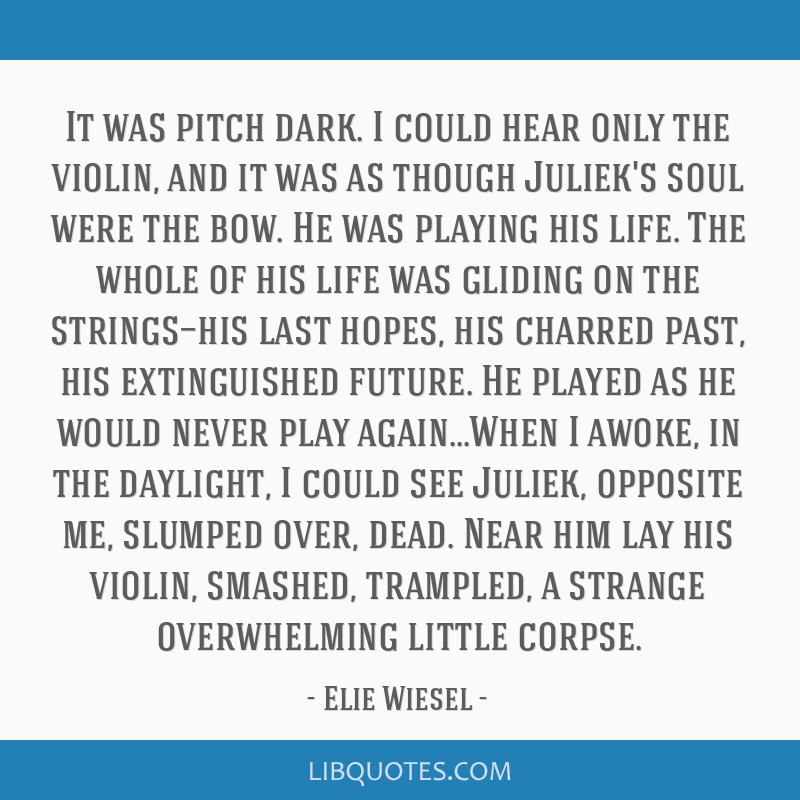 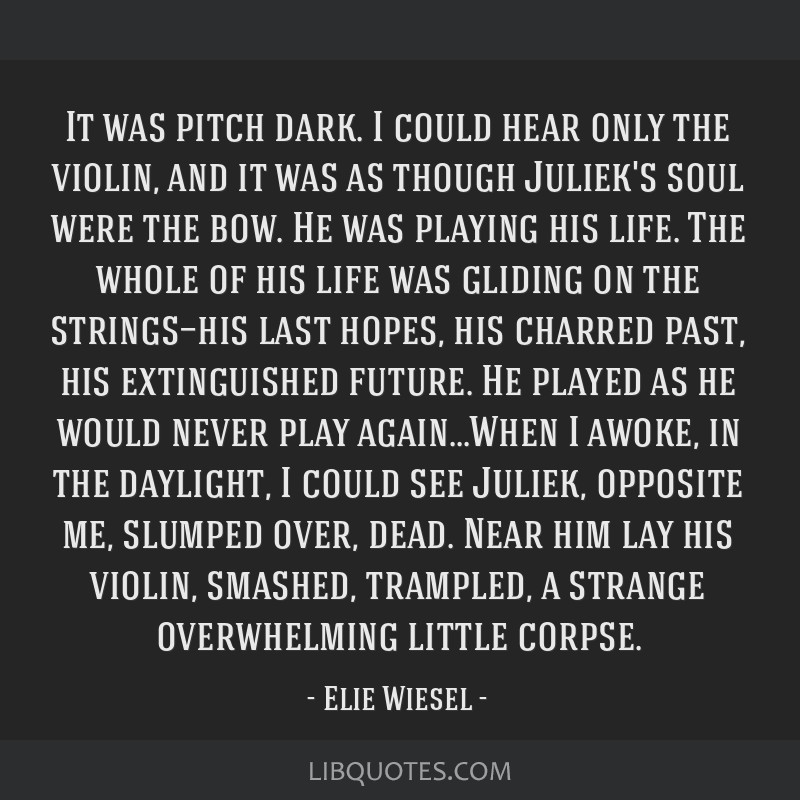