It seemed as impossible to conceive of Auschwitz with God as to conceive of Auschwitz without God. Therefore, everything had to be reassessed because everything had changed. With one stroke, mankind's achievements seemed to have been erased. Was Auschwitz a consequence or an aberration of "civilization"? All we know is that Auschwitz called that civilization into question as it called into question everything that had preceded Auschwitz. Scientific abstraction, social and economic contention, nationalism, xenophobia, religious fanaticism, racism, mass hysteria. All found their ultimate expression in Auschwitz. 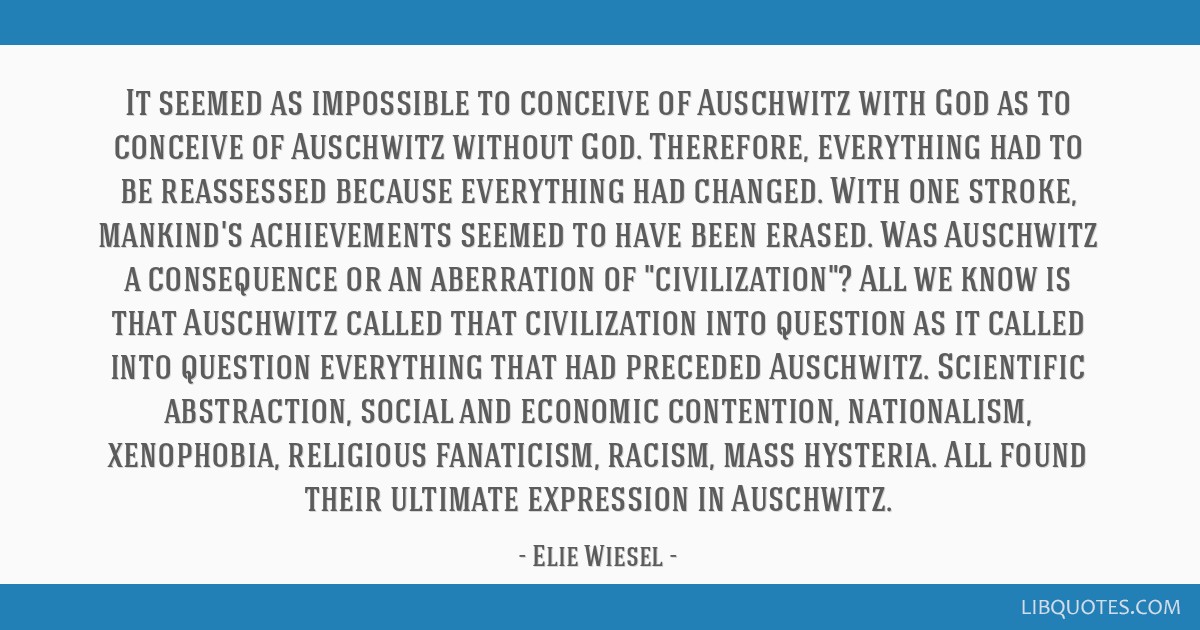 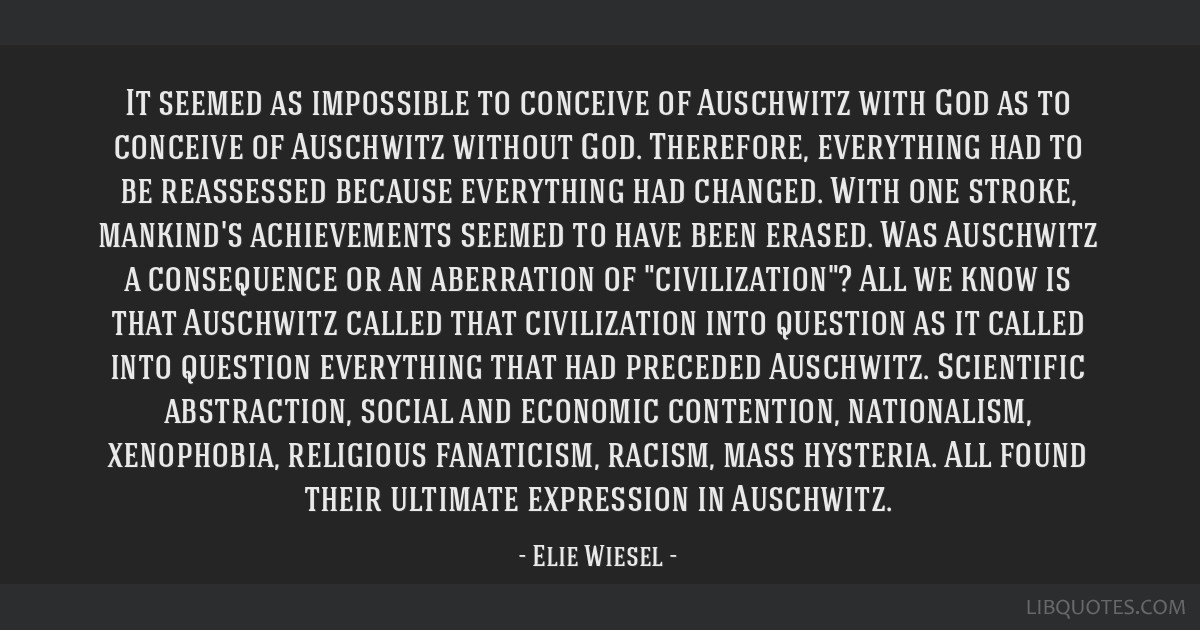 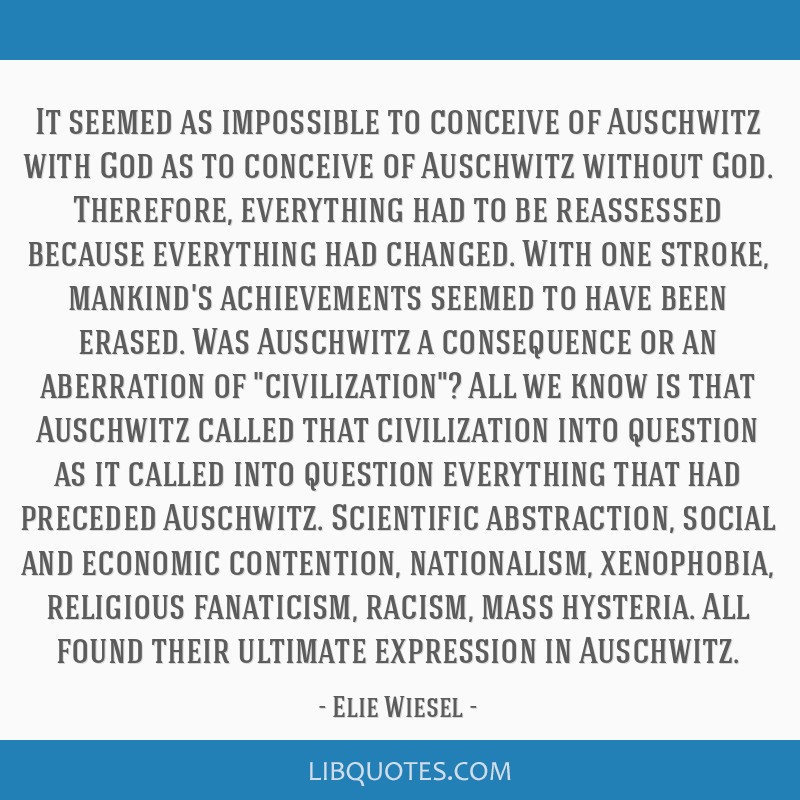 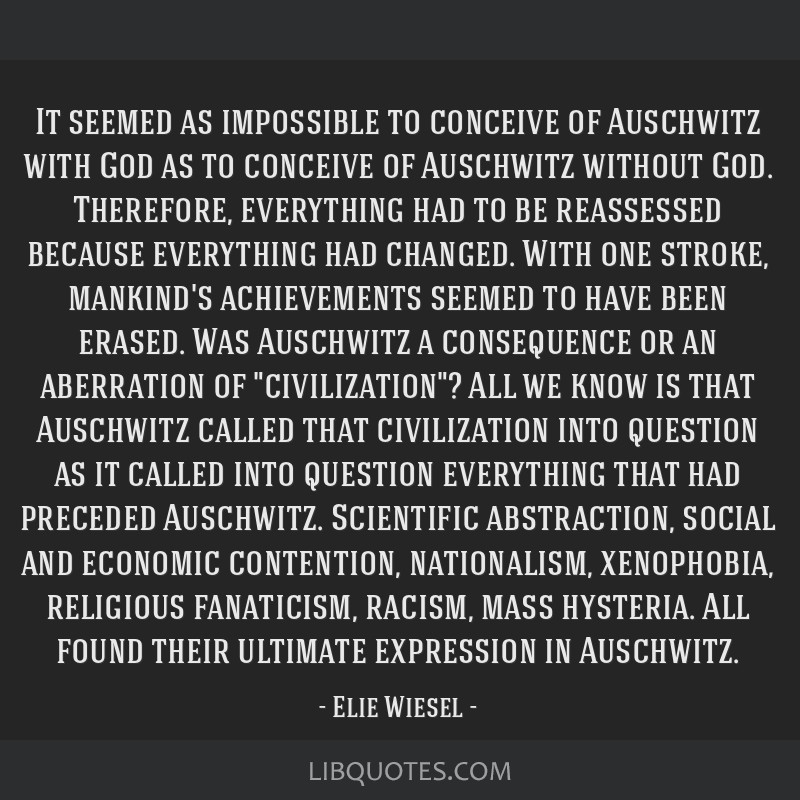