The so-called "General" Crocco, who played an important part as a brigand and Bourbonist leader in the partisan war of 1860-61, was an escaped convict, with thirty offences, ranging from petty larceny to murder, registered against him in the books of the Neapolitan tribunals. He pillaged both Bourbonists and Liberals with strict impartiality. 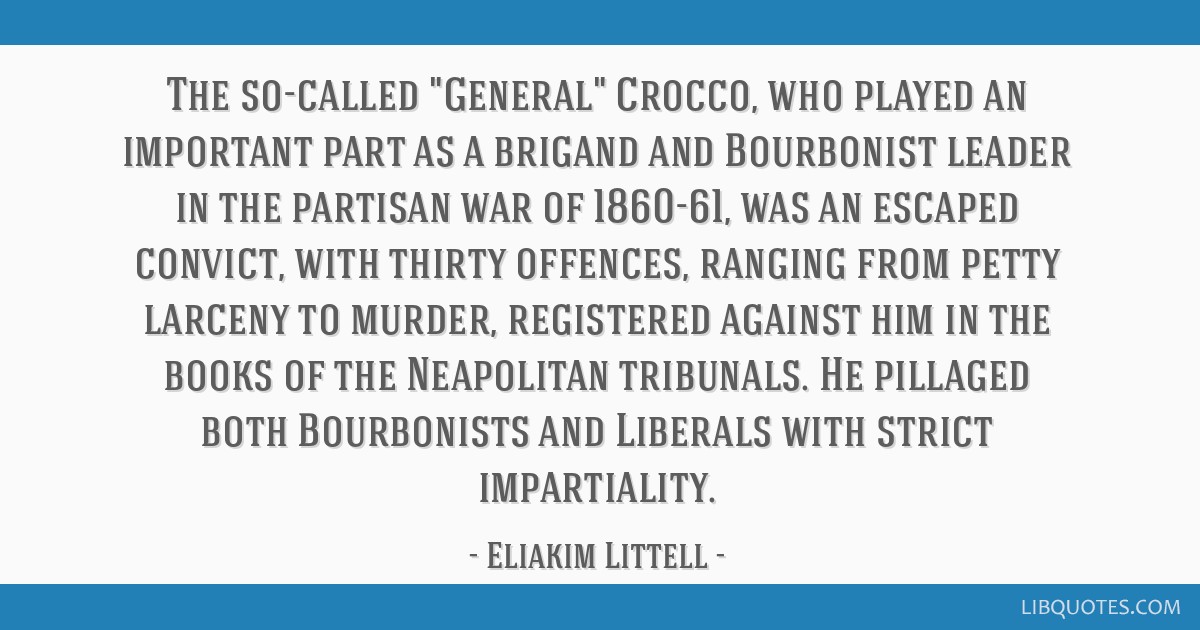 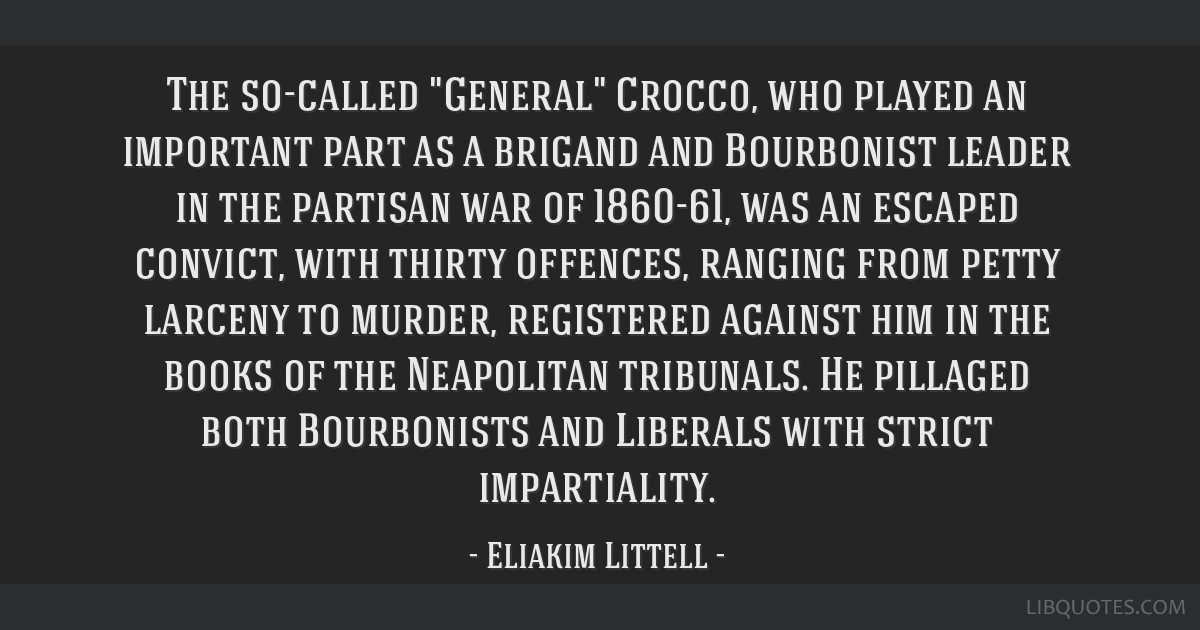 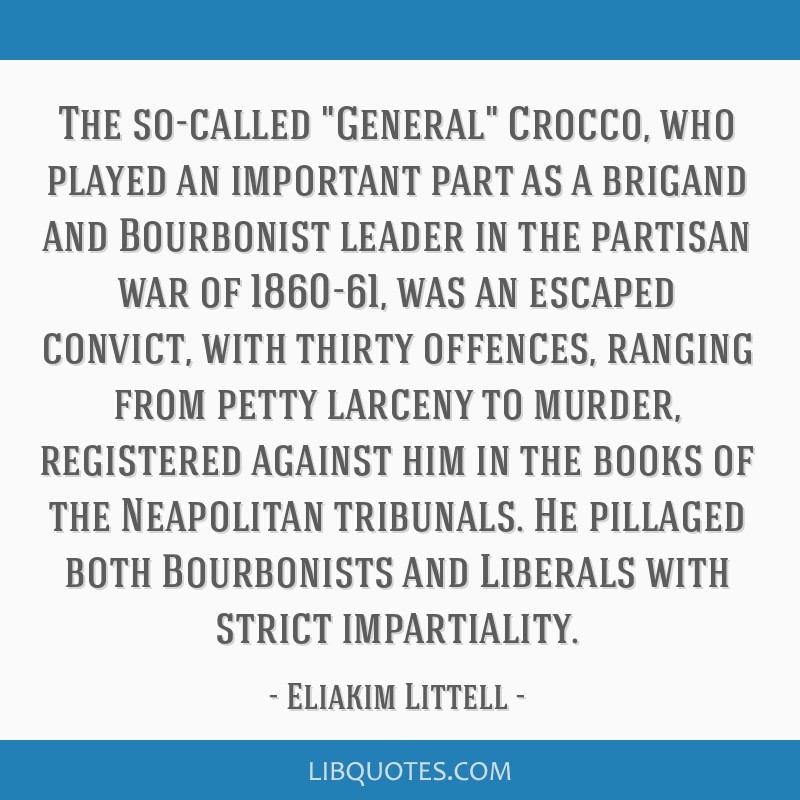 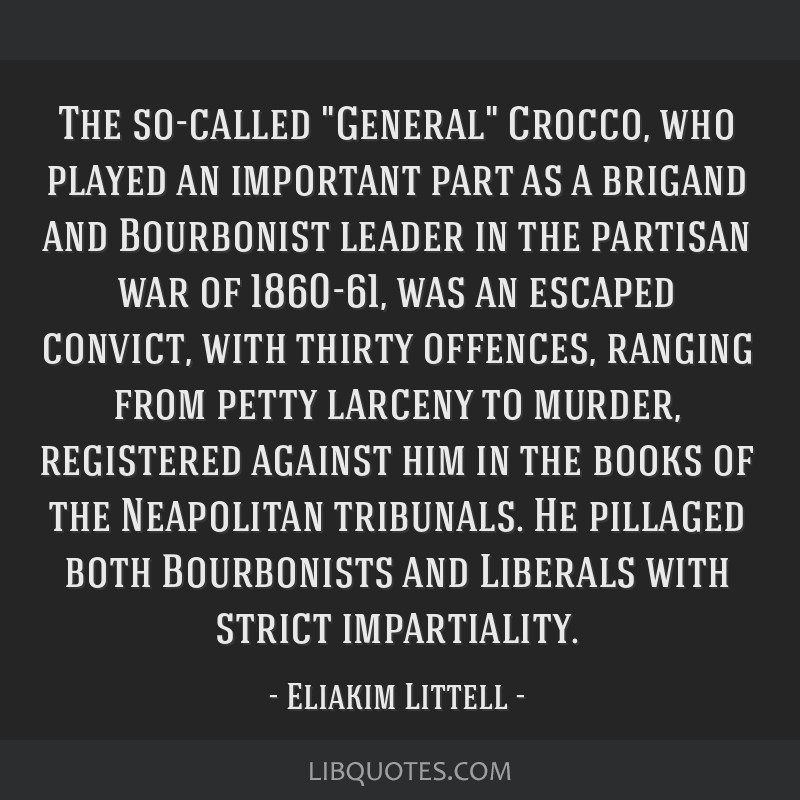