On May 7, a few weeks after the accident at Three-Mile Island, I was in Washington. I was there to refute some of that propaganda that Ralph Nader, Jane Fonda and their kind are spewing to the news media in their attempt to frighten people away from nuclear power. I am 71 years old, and I was working 20 hours a day. The strain was too much. The next day, I suffered a heart attack. You might say that I was the only one whose health was affected by that reactor near Harrisburg. No, that would be wrong. It was not the reactor. It was Jane Fonda. Reactors are not dangerous. 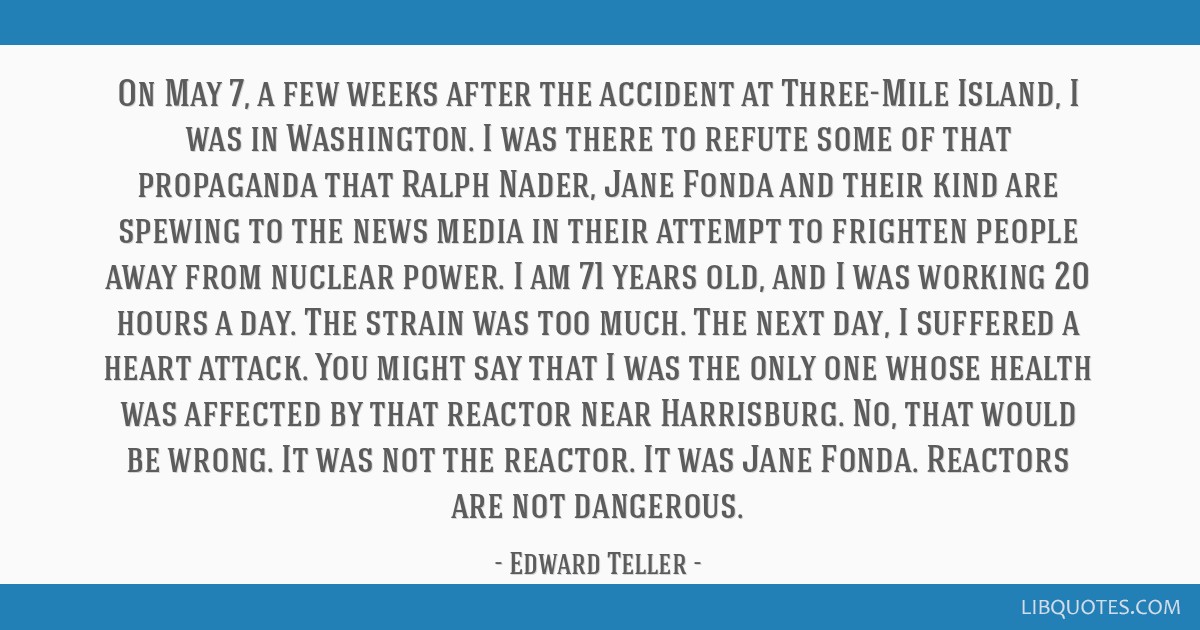 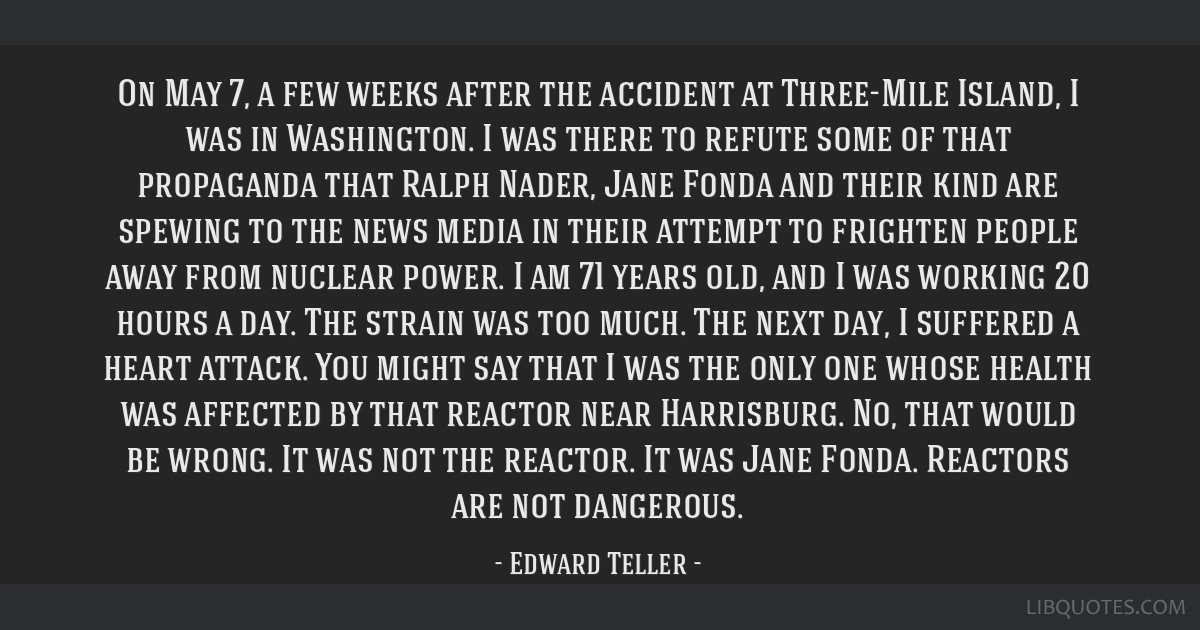 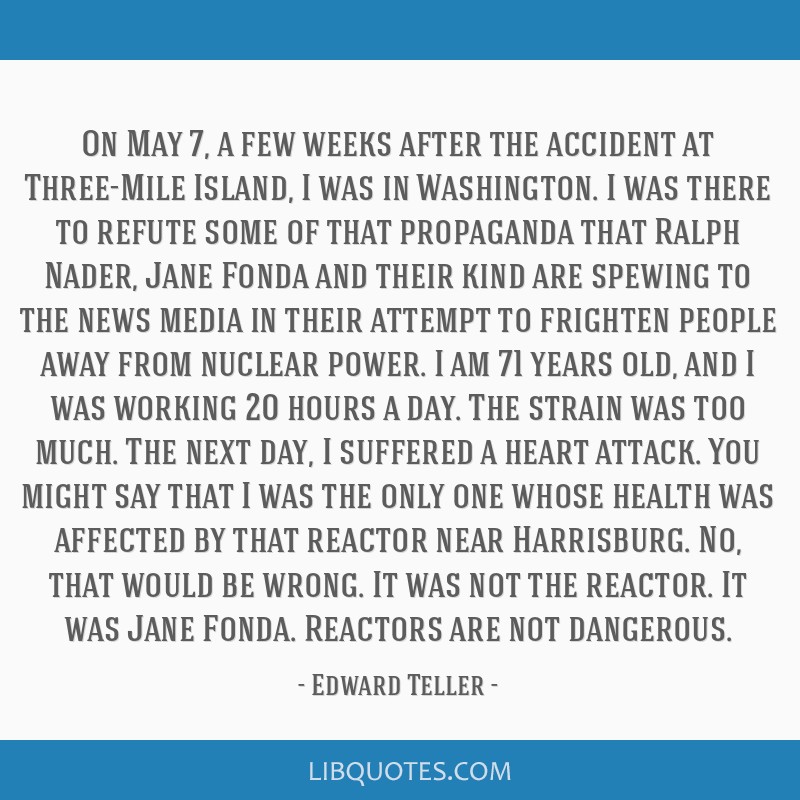 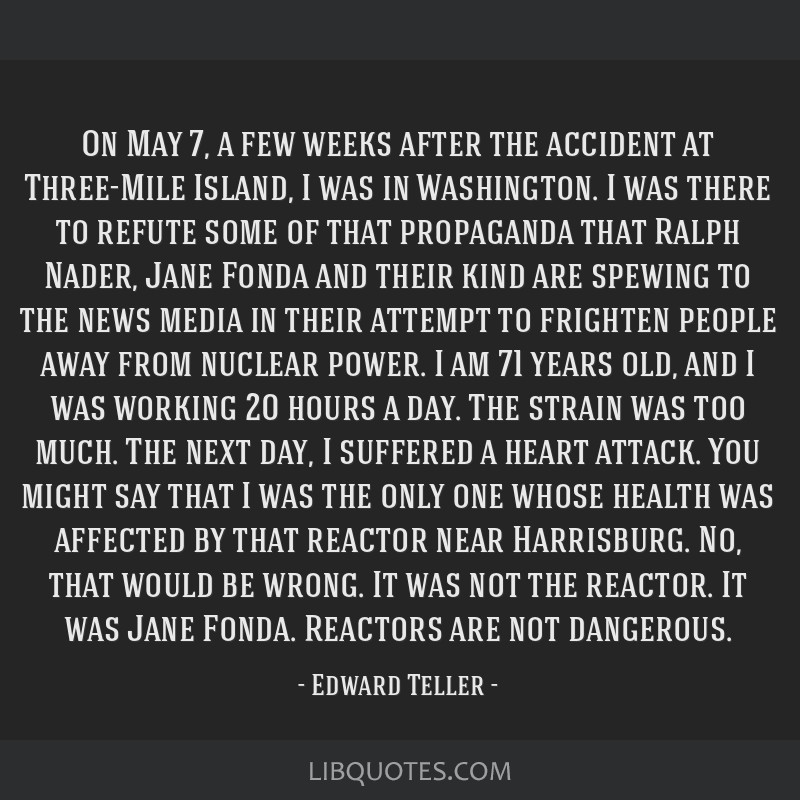 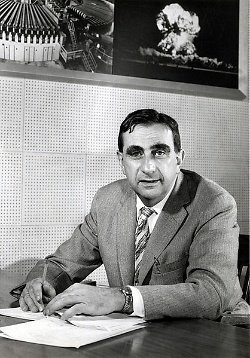